And yet after last weekend’s Bahrain GP the pair were left wondering if they can even scrape into the points in 2022, at least in the immediate future.

Ricciardo and Norris finished the Sakhir race in 14th and 15th places, with only a Williams and an Aston Martin – cars from teams that also have much work to do – behind them on the road.

The team now faces a huge challenge as it tries to get back on track and try to catch up with rivals who have started the season with more momentum, having got a better handle on the 2022 package. 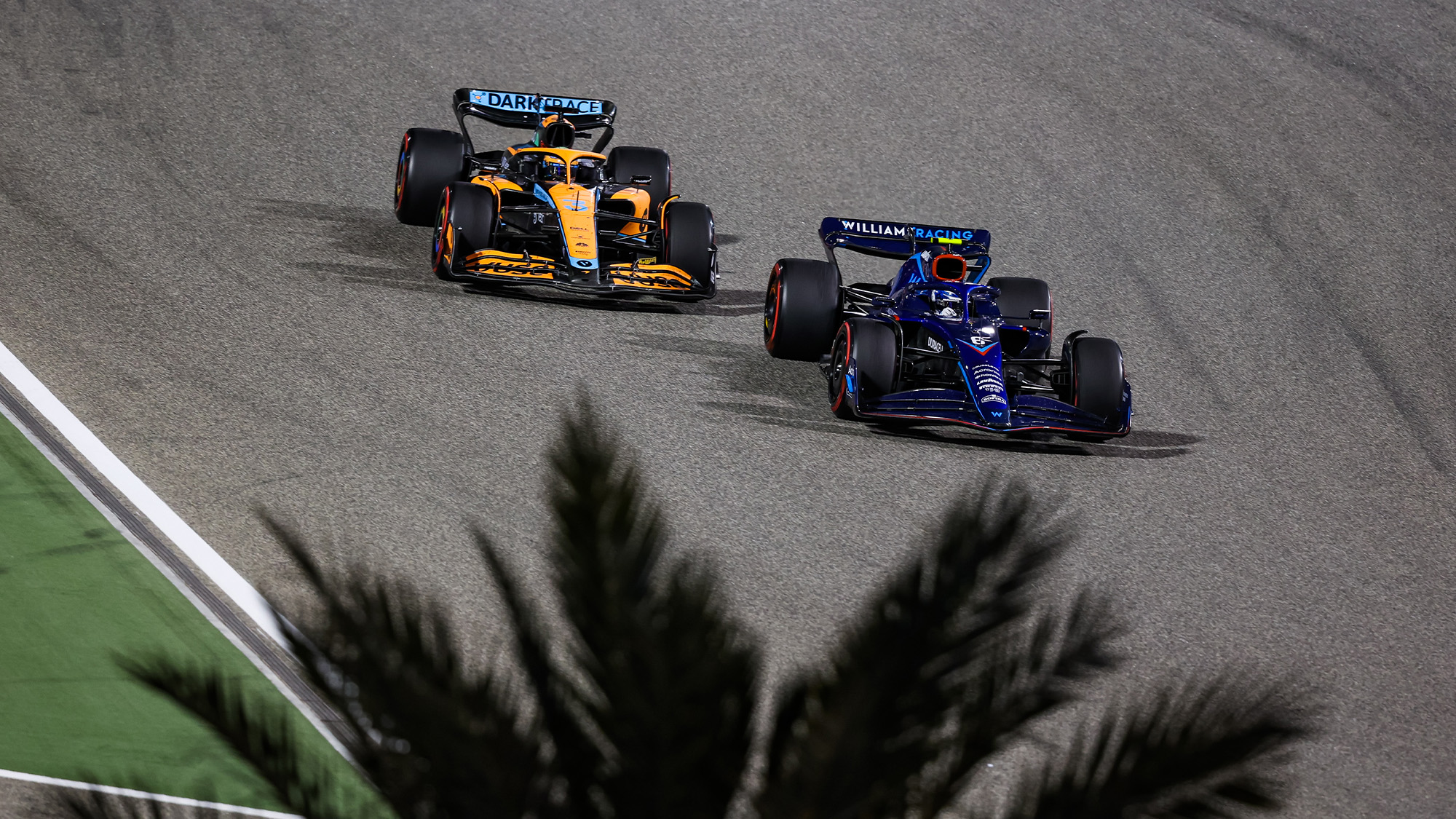 After a decent start in Barcelona testing the MCL36 simply wasn’t competitive from the start of track action at the Bahrain test, and matters were made worse by a brake cooling issue that hadn’t been apparent in Spain. It meant that the car could only do short runs, and thus a lot of the work that had been planned was not completed.

Instead there was a scramble to get new front brake ducts to the car, with some modifications arriving for the latter part of the test, and then a further interim solution flown out for the race itself.

Meanwhile Ricciardo was forced to miss the test due to a positive Covid test, so when the race weekend started the Australian was still getting up to speed both physically and in terms of understanding the car and how it worked at Sakhir. His struggles were reflected in his 18th place on the grid, five behind Norris. 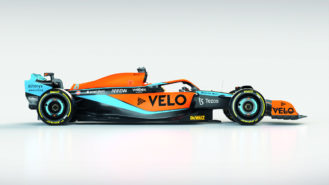 McLaren is in a transitional phase and definitely seems to be on the up again after a period of being relatively uncompetitive. In some ways it’s similar to the situation…

Indeed 13th was as good as it would get for Norris. Come the race, the team took a gamble by putting both drivers on the medium tyres. With everyone else on softs they had no chance off the grid and around the opening lap, and Norris lost several of his hard earned positions. The rest of the evening was a hard slog for both drivers.

Both men now realise that they are going to have to be patient and wait for the team to work its way through the problems.

“The only way we’re going to move forward is if we put our eyes forward and get on with it,” said Ricciardo. “And I think that’s important as well, for team morale. If we just sit and moan and cry…

“There’s no good being upset about it and not doing anything. It’s going to require action and effort from all of us. But I think that should motivate us to do better and want to do better.

“And I know we believe that we can be obviously a lot further up the grid. So it’s fuel for the fire. And it might be a slow burn for now. But that’s all we can do to make things better.”

“I think everyone’s working hard,” said Norris. “They have been since last year really, to come up with good things. There are still lot of the positives we got, just sadly more negatives.

“So it’s just about time and working on them. And I think now we understand them more than ever. It’s simply about putting them into action. But again, it’s not an overnight job. It will take time, and they’re gonna be working hard to try and make those improvements.” 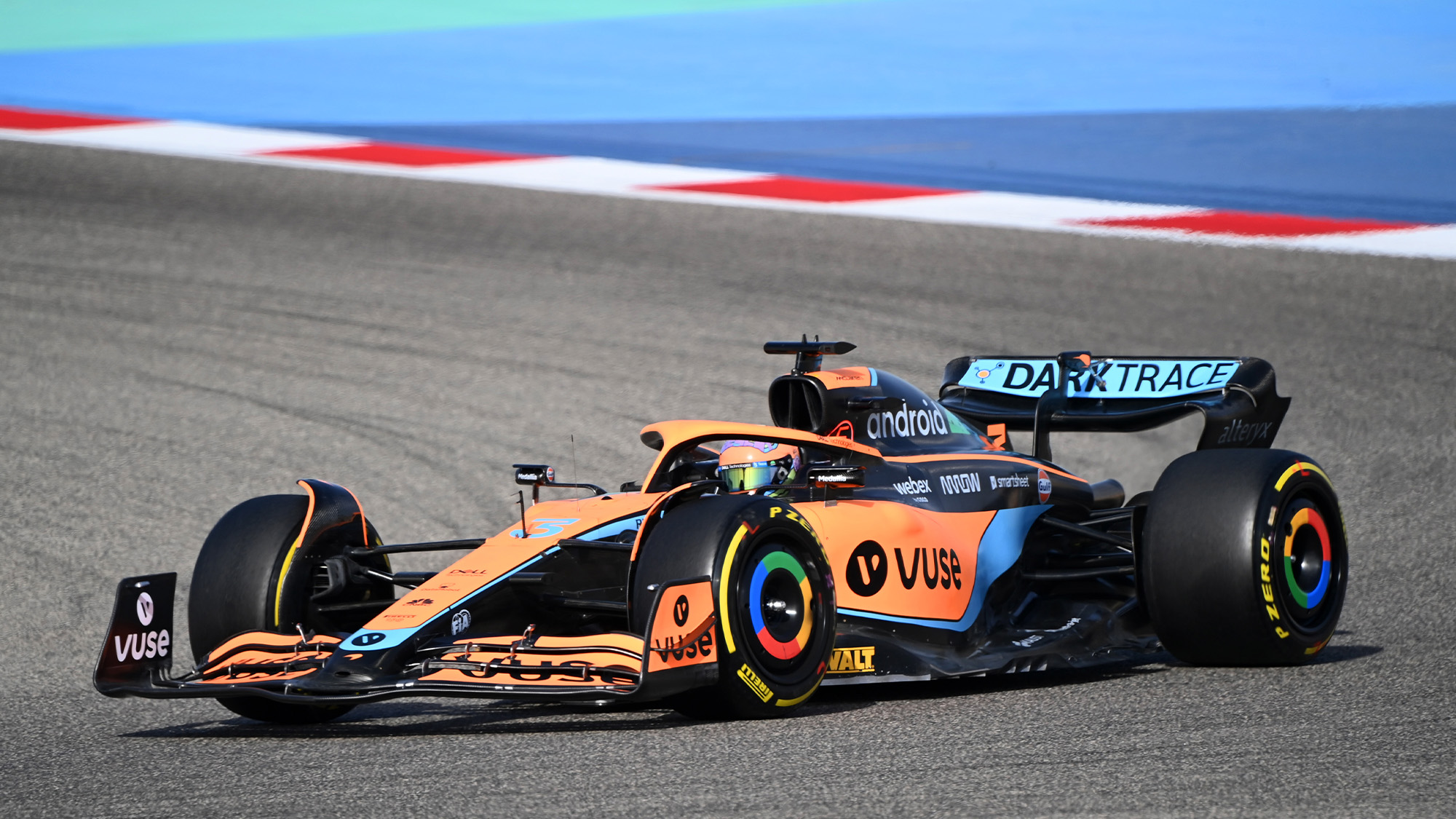 McLaren is looking for more grip

The interim brake duct solution probably cost some performance, and while the next iteration might be more efficient, the bigger picture is a general lack of grip, both aero and mechanical. In the end it will all come down to hard graft in the wind tunnel and in the design office under the technical direction of James Key.

On the plus side, over the past couple of years team principal Andreas Seidl has helped to make McLaren into a more dynamic and confident organisation.

“It’s obviously a very challenging situation now for the entire team starting this new era with this completely new car, completely on the back foot,” Seidl admitted in Bahrain.

“But I think it’s also a moment where we have to show how far we came as a team, that we actually can deal with this and get us out of the situation.

“We have everything in place in the team in terms of people, experience, expertise in order to come back as quickly as possible. And that’s what we have to focus on now.

“We need to wait now for the detailed analysis the team is doing, it’s very important now to do that, also, let’s say in a calm manner.” 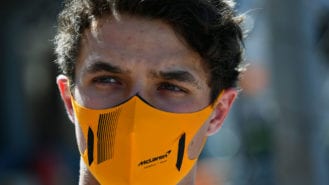 Lando Norris on McLaren: 'Why we're the perfect title-winning combination'

All three Mercedes customer teams were at the bottom of the field in Bahrain, but Seidl doesn’t want to use any question marks over the power unit as an excuse, pointing out that Lewis Hamilton and George Russell were a lot closer to the front with the same engine.

McLaren learned the hard way with Honda that blaming the PU supplier isn’t constructive – when it switched to Renault there was no dramatic improvement in form, as the car itself still had issues.

“First of all, it’s obviously disappointing for us to finish this first qualifying of the year, with these completely new cars in P13, and P18,” said Seidl. “That was definitely not what we had in mind coming here. At the same time it was not a total surprise with how the weekend went for us.

“We were bit on the back foot with what happened to us at the last test, with missing out on a lot of laps and having to deal with this problem on the front axle. Of course, it put us on the back foot on Daniel’s side, not being able to do these laps.

“The most important thing is for us now to simply acknowledge that, and compare [ourselves] to the Mercedes works team. We miss around a second to Mercedes. That’s the best reference for us we can have, and that’s what we are focusing on as a team.

“We know we most likely simply miss grip, which is probably a result of missing mechanical grip plus aerodynamic grip, and it’s simply important now to put all our energy into making sure we find performance as quickly as possible.” 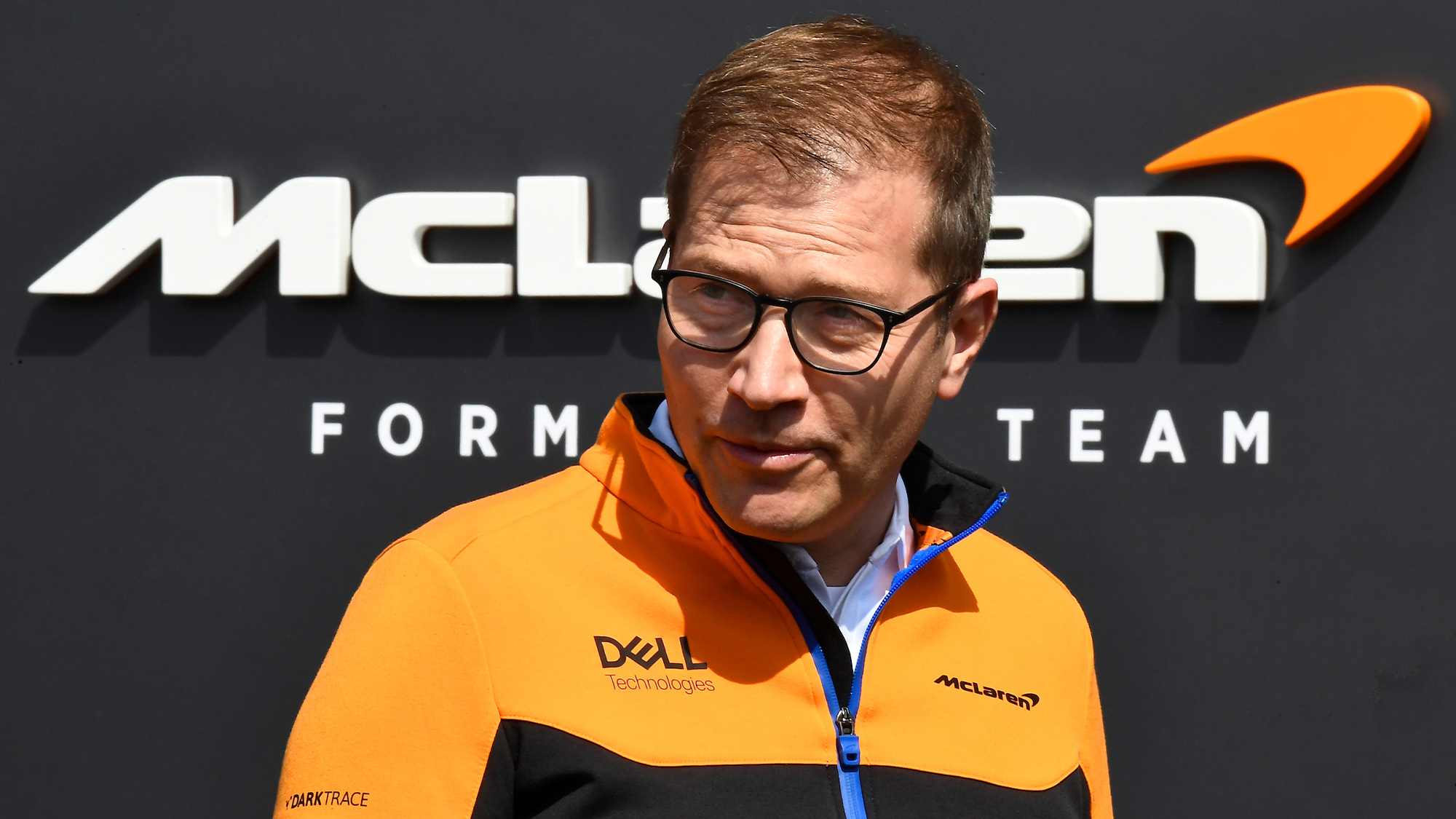 Seidl doesn’t want to excuse Bahrain as a one-off: “Yes, it could be that this track is maybe exaggerating the weaknesses we have in our package. We want to get to a point where we have a strong car that works on all tracks.”

One of the frustrations for the team was that the MCL36 didn’t look too bad in Barcelona, and thus Bahrain came as something as a shock.

“We know we have an issue on the performance side, which is disappointing and painful for us”

“From my point of view, I guess I had always a realistic view together with James, Andrea [Stella, head of race operations], Piers [Thynne, operations director] as well on where we have been,” said Seidl.

“In Barcelona, it was a positive test because the car was working well straight out of the box. But we never underestimated the potential of teams that are usually fighting up at the front.

“And therefore it’s a disappointment. We simply need to make sure now, as I said before, to put everything in as a team in order to get back up the order.” 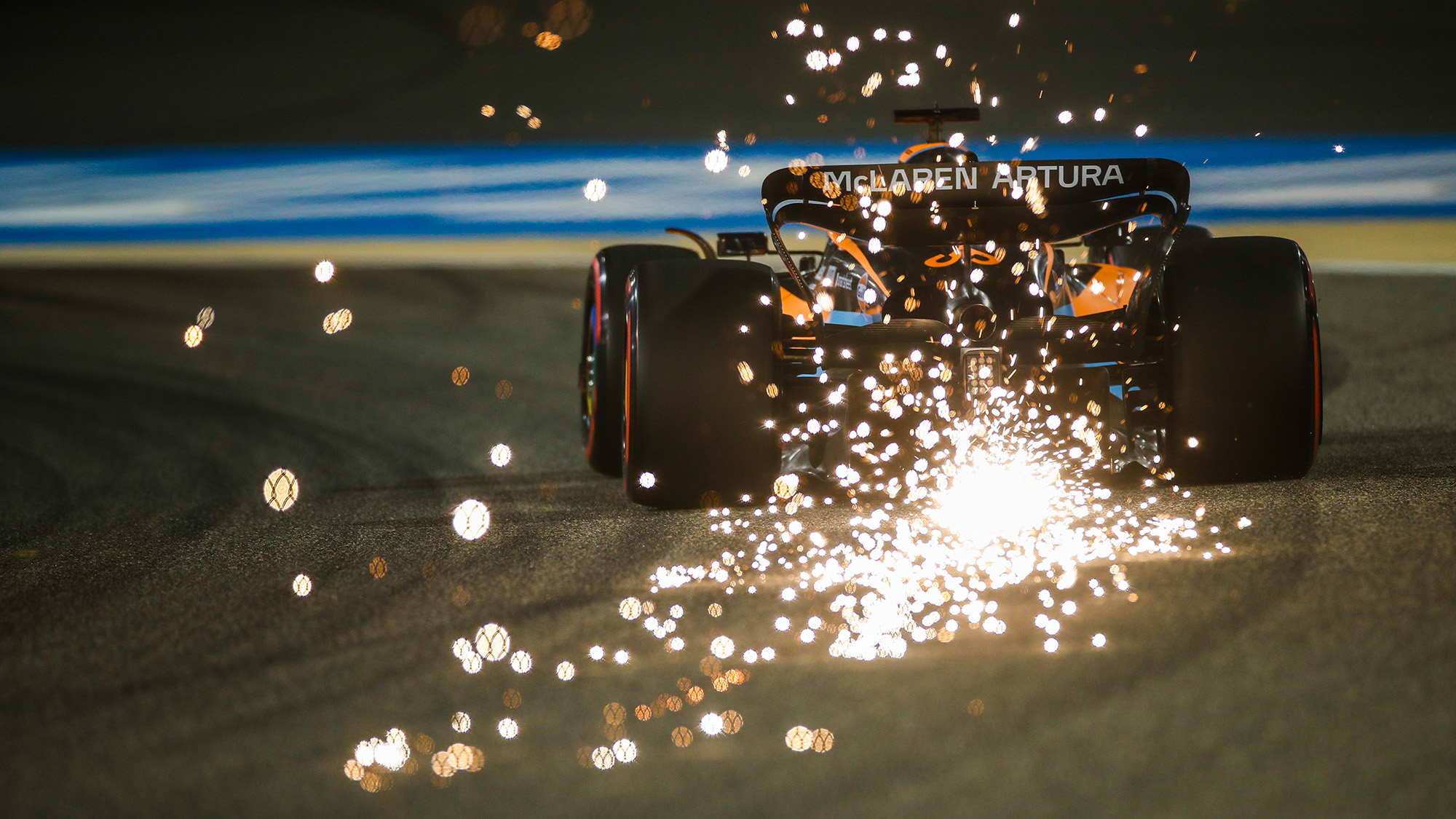 Could Bahrain have been an outlier after all, given that the car didn’t look so bad in Spain?

“Difficult to judge because Barcelona was the first test for these brand new cars, which went well for us from a reliability point of view, and also in terms of how the car worked,” said Seidl.

“But at the same time it was testing only, so we should also not read too much in terms of the competitiveness. We simply need to wait now for the different tracks that are coming up.

“Independent of that we know we have an issue on the performance side, which is disappointing and painful for us, for everyone in the team. For all our fans as well.

McLaren has signed Lando Norris to a new four-year contract after its young star was approached by rival teams looking to sign him. Norris said that he had “little chats”…

“Together with Daniel and Lando we are absolutely committed and focused on working out what the issues are, and putting solutions in place as quick as possible.

“I don’t think we had any issue with motivation or commitment of both of our drivers. It was simply a difficult race to manage for both of them. They still tried to give it all. Also in terms of trying to learn as much as possible, which I think we did. I mean, we tried different strategies on the tyres to see if there’s any chance to repair anything from this in terms of positions.

“But in the end we just were not competitive enough even with getting close enough to cars in front of us, for example, in order to overtake.”

Asked if the drivers might seek assurances that there are things coming that will improve the situation Seidl was adamant that they know that they can trust the team.

“I don’t think our drivers necessarily need assurances from my side, they know that the team is giving it all every single day in order to give them the best possible car.

“That’s obviously what we tried to do over the last 18 months developing this car, and that’s what we will keep doing. We have all the talent within the team in order to do that, that commitment is there, and it’s simply important now to stay calm, put our heads down, and keep going.”