The McLaren-Mercedes Formula 1 team may not have won either Drivers’ or Constructors’ World Championships this year, and no doubt that hurts. But they have won more Grands Prix than any other team since 1966. And they have now ‘locked out’ the front row of the grid on 62 occasions which is a world record. So at least they have something to smile about in Woking.

Since Bruce McLaren won the Belgian Grand Prix in 1968, driving his orange M7A with the Kiwi badge on the front, the team has scored 182 victories. Next up is Ferrari on 180. Now that will make them smile, even if Chairman of the McLaren Group Ron Dennis would much prefer it if they won every race. 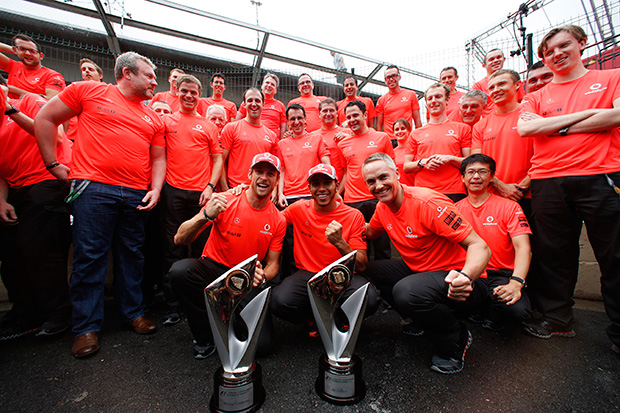 “We go to every race to win,” he is fond of saying, “second is just the first of the losers.”

It has taken McLaren 46 years to overhaul the Scuderia, a feat they achieved when Lewis Hamilton won in Texas and put them one win ahead. Just two weeks later, when Jenson Button prevailed at Interlagos, they were two ahead.

Bruce would surely be proud of this, though he probably never imagined that McLaren would exist in its current form, never mind sit at the top of the post-1966 charts.

Alan Henry, one of my journalistic heroes, recently wrote about that first McLaren victory at Spa for the team’s excellent website. Alan reminded us all that Bruce didn’t realise he’d won that afternoon in the Ardennes. I borrow this piece from Alan’s story.

“He pulled up at the exit of La Source to save himself the stress and strain of an extra nine-mile down lap. Looking up he saw the cheery visage of rival BRM chief mechanic Cyril Atkins. ‘You crossed the line number one,’ shouted Atkins.

“Bruce was momentarily confused as his M7A carried race number five. Then he got the point as Atkins shouted, ‘you’ve won, didn’t you know?’” 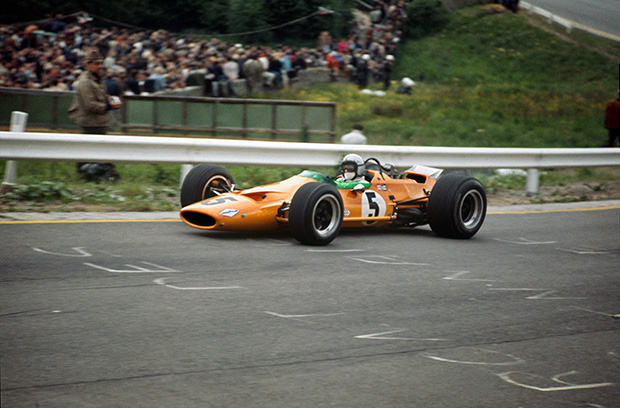 At Interlagos Hamilton and Button gave the team its 62nd front row ‘lock-out’, a nice leaving present from Lewis on pole, and a reassuring end to a tough season for Jenson who went on through the mist and rain to give them their 182nd victory. “I feel good about next year,” said Jenson after the race, “things bode well.” We will get the first clues when we go to Melbourne in March.

Raceday in Sao Paulo was also Vice President of Mercedes-Benz Motorsport Norbert Haug’s 60th birthday, so at least he had something to smile about while the factory team yet again failed to make an impression. He must be looking forward to seeing the ballsy Hamilton in his car next year, Lewis is well known for his ability to drive the wheels off a less than perfect racing car.

So well done McLaren for reaching this landmark in their illustrious history. Next year is the 50th anniversary of the racing team that Bruce founded in his workshop at Colnbrook. We should give thanks to him as we celebrate a half century for one of the great Grand Prix teams.