While Ferrari was slower than Mercedes in the Australian Formula 1 Grand Prix, Lewis Hamilton and Valtteri Bottas found the W10 to be a handful – and things could change going into Bahrain 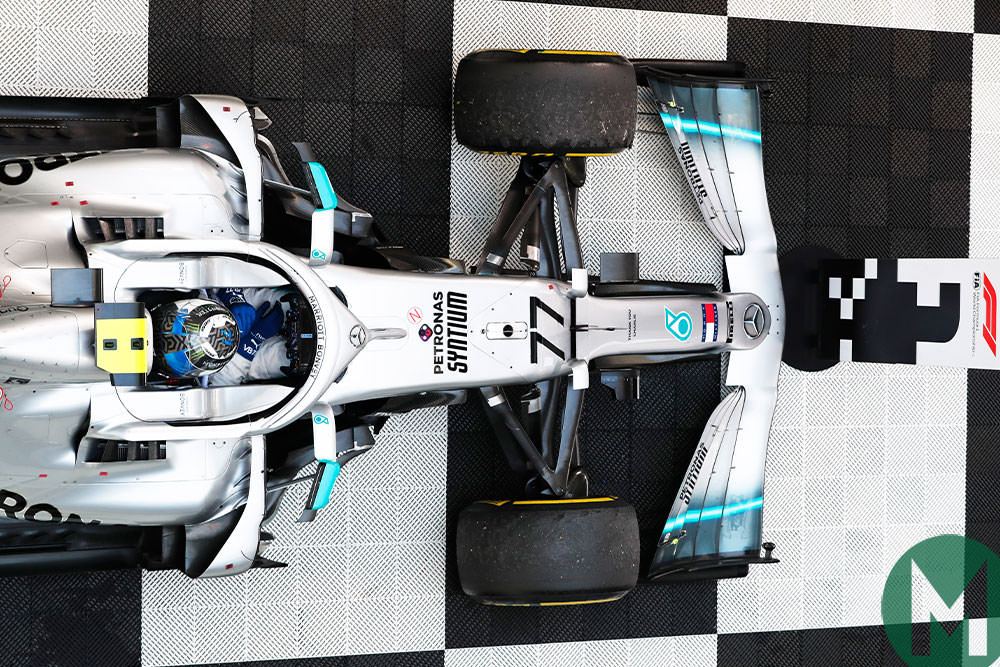 “Wow! That looks like he’s having to correct it even on the straight,” said Martin Brundle on reviewing Lewis Hamilton’s Australian Formula 1 Grand Prix pole lap. And indeed, it’s quite remarkable just how busy the Mercedes W10 looks when being pushed hard.

The Ferrari and Red Bull look like limousines in comparison, as do Mercedes of previous years – yet there can be no denying the W10’s effectiveness. It’s a trait that was made extra visible around the low-grip, bumpy Albert Park but thinking back to Barcelona testing, it was keeping its drivers a lot busier on the wheel there than was the Ferrari, notably through Turn Two and into Turn Three.

What was assumed to be a balance problem there may just be a characteristic.  Because neither Hamilton nor Valtteri Bottas were getting out of the car in Melbourne saying it was easy. They are reporting that it’s hard work – but fast. That it’s a question of getting used to how much it likes to move around, having faith that the downforce is there and will smother the waywardness.

But watch Hamilton’s Australia pole lap from on board and it’s clear that the trait is there only at certain speed ranges – the slow-to-medium corners. Through the faster ones, notably Turn 10 and 11, it’s astonishingly planted and fast. Hamilton turns in to 11 – sixth gear, maybe 150mph, but essentially a 90-degree change of direction – just by steering it. The engine note is unchanged as his foot remains resolutely down and the thing just flies through there. It clearly has masses of downforce at high speed and there’s none of the nervy behaviour seen at lower speeds.

This could all be down to the new aero regulations, specifically how they have impacted upon Mercedes’ chosen design of front wing. As we’ve written about before on here, Mercedes has opted for full depth elements across the full span in contrast to Ferrari which has pared them back at the outboard ends, ahead of the tyre. Mercedes’ philosophy implies it will be capable of generating more load from the wing itself but that turning the airflow around the tyre for the vital ‘outwash’ airflow might be tricky. Paring back the elements at the ends, as on the Ferrari, implies the opposite: less available front wing load but a more robust transition around the tyre to form the outwash airflow. 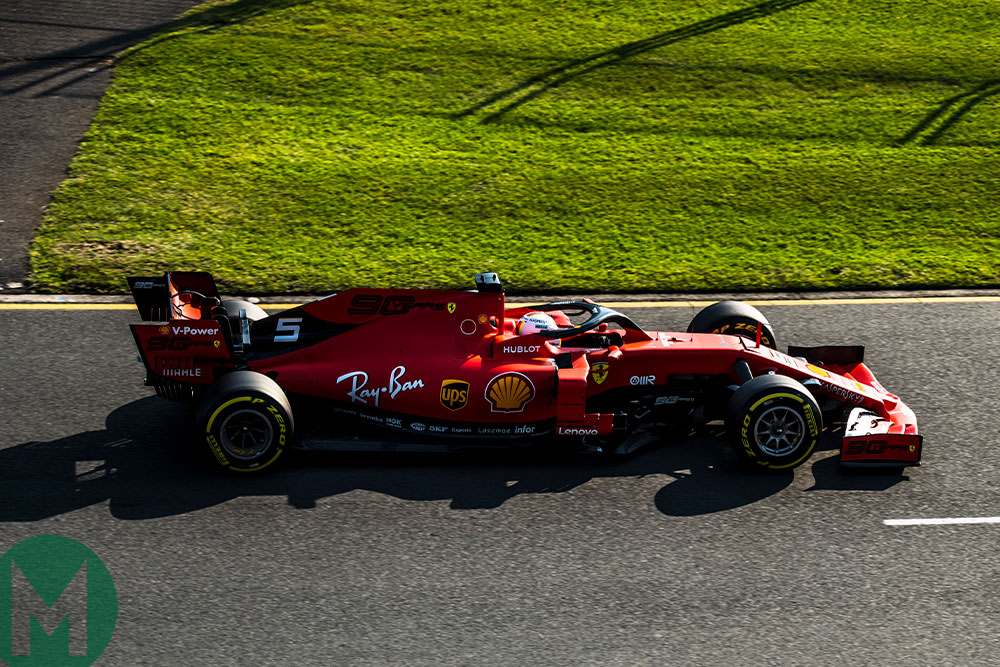 The Ferrari arrangement implies a more consistent aero behaviour through the corner, the Mercedes one a greater peak. If we think about how the outer end of the wing works as the wheel is first turned, it suddenly has a whole lot more space behind the elements for the air to flow through to, it no longer being blocked by the tyre. This is happening simultaneously with a change in the direction of the flow (as the car turns). It’s a very volatile split second or so – and the more the wing is loaded up at the outboard ends, the more volatile it tends to be.

Through higher speed corners the wheels are not being steered anything like as much, the space behind the elements therefore remains much less variable, and so the wing should work more consistently. Hence maybe why the Mercedes looks easier and more planted there. It can also be that the vital outwash is being more easily maintained at higher speed flows than through the low speed stuff where it may be switching on and off.

But comparing where the Ferrari was losing time to the Mercedes in qualifying at Albert Park, it was all slow-to-medium speed. At high speeds it was comparably quick. This is all speculative and theoretical, but what we may have been seeing there was a Ferrari that just could not generate the front wing load necessary on such a low-grip, bumpy track to balance out the greater rear downforce generated by the more powerful 2019 rear wing. But that the Mercedes could, even though that involved giving its drivers a bit of a busy time.

So heading for Bahrain’s much more conventional Sakhir circuit, might we see a Ferrari balanced more like it was in Barcelona? And how will that compare to the fast but feisty Mercedes?