It’s a painful truth for US race fans that 31 years have passed since Mario Andretti scored the last Formula 1 win by an American driver. Phil Hill, Dan Gurney and Richie Ginther won races in the ‘60s; Andretti and Peter Revson kept the stars and stripes flying through the ’70s. But the past three decades have been awfully bleak for Americans in F1. The last time one of our own made the podium was at the 1993 Italian GP, where Michael Andretti finished third. Since then, Scott Speed has been the only American to race an F1 car. 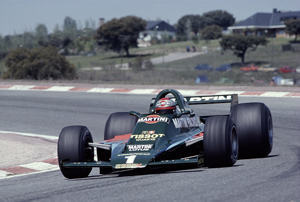 Indycar racing has also suffered a steady decline in home-grown talent. The great days of Andretti, AJ Foyt, Parnelli Jones and the Unser brothers are long gone. In the last 15 years foreign drivers have dominated this category. Jimmy Vasser was the last American to win the CART title in 1996 and only two Americans have won the Indy 500 in the past 10 years – Buddy Rice and Sam Hornish. 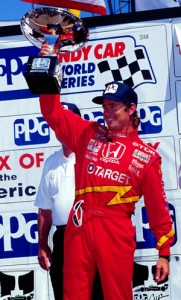 In fact, this season marked an all-time low for American participation in the IRL. Just five drivers – Graham Rahal, Danica Patrick, Marco Andretti, Ryan Hunter-Reay and Ed Carpenter – raced Indycars on a regular basis. And for the first time in Indycar’s 100-year history, not a single American won a race. 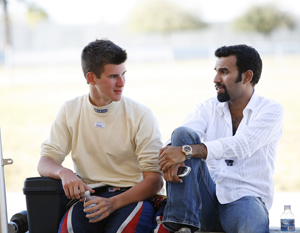 Others to watch include John Edwards and Jonathan Summerton who finished one-two in this year’s US Atlantic championship. Team-mates at Newman/Wachs Racing, the pair won four races apiece. Edwards is 18 and Summerton is 21, but both have raced in Europe. Summerton drove in Formula BMW in 2003, the F3 Euroseries in ’04 and won an A1GP race in ’07. It’s said he will test for the USF1 team in 2010.

Edwards won the Red Bull American Driver Search in 2004 and then went to Europe to race karts and Formula Renault in 2005-06. At 14, he became the youngest driver to hold an FIA licence. Red Bull brought Edwards back to the US in ’07 to join Jerry Forsythe’s Atlantic team. After a difficult season, Edwards took a step back and tackled the Star Mazda series in ’08. He won five races and the title.

“Some people suggested I should go after the Star Mazda championship to get a free ride in Atlantic,” says Edwards. “At first I didn’t think it was a good idea, but we started looking at the money we had available and it was enough for a full Star Mazda season, but only enough for a partial Atlantic season.

“My dad, who was putting up the money, said that if I didn’t win Star Mazda he didn’t have any more to spend. That was one of the biggest tests I’ve had. If I didn’t win it was unlikely I’d sit in a race car again.

“Fortunately I did win, and thanks to Mazda I was able to race in Atlantic this year. I probably had the best budget of anyone and worked with a great team in Newman/Wachs.” 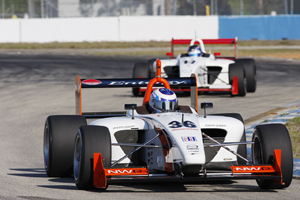 With Eddie Wachs’ help, there’s a chance Edwards will race in GP2 in 2010. He’d love to come back to Europe, but it’s all about sponsorship and where that takes him. “Next year could be anything from Indy Lights, to Indycars, to going back to Europe,” he says. “There are a few options with different teams. Hopefully we’ll know something soon so I can do some driving through the off-season.”

Here’s hoping Edwards et al can find the money to keep moving up the racing ladder. It would be good for the sport if one or more of these young men could give US race fans something to cheer.