Why did Trevor Carlin sign young Brit Lando Norris up to his reignited Formula 2 programme? Darren Cox finds out, in the new ‘A pint with…’ podcast, coming soon. 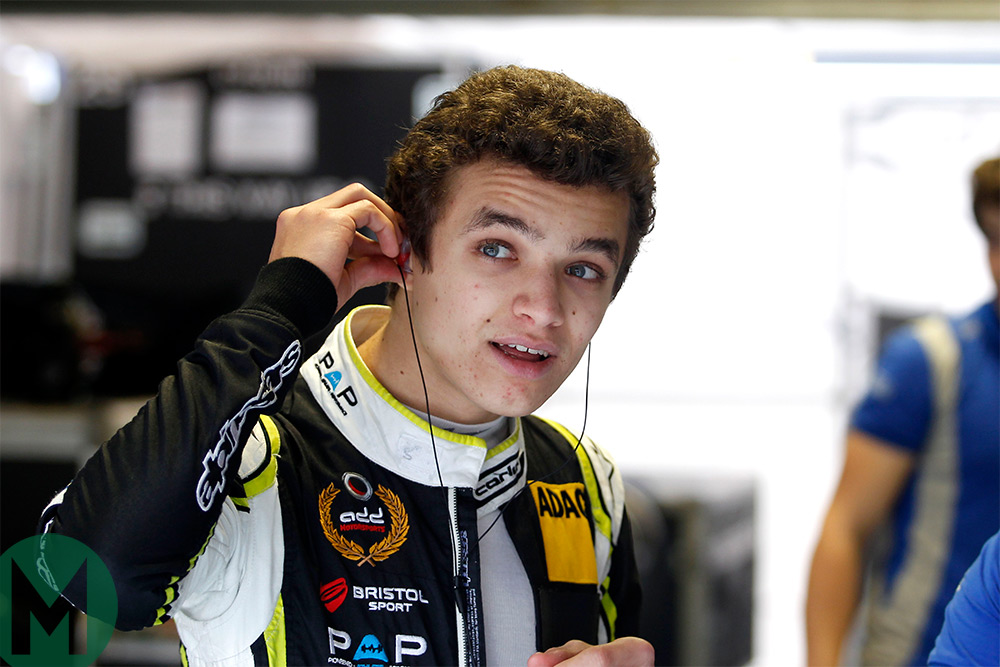 Capping off a stellar year for European Formula 3 champion and newly appointed McLaren Formula 1 reserve driver Lando Norris, Carlin has now put him in its new Formula 2 seat for 2018 alongside Sérgio Sette Câmara. The 18-year-old will continue to race for a team that boasts Sebastian Vettel, Daniel Riccardo, IndyCar Champion Josef Newgarden and Karun Chandhok in its alumni.

But what makes Norris stand out?

“It’s fairly straightforward,” said managing director Trevor Carlin to Darren Cox. “Every time you put him in the car on any circuit at any time, he goes fastest. You can say that sometimes he’s been up against people testing, this, that and the other where you don’t really know if he’s the quickest, but every time he drives a Carlin car he’s quicker than everyone around him.

“And then racing is racing… but then the fact is he’s won six championships in two years. What more can I say?”

And Carlin himself considers the team fortunate to retain such a driver. “It makes us look great,” he said. “When you have a driver as good as Lando the team goes up a level. We don’t feel under pressure, but we feel we’ve got to work even harder – ridiculously hard. My guys, my engineers work so hard. But when you have a winner on board they naturally up their game.

“It’s self-perpetuating: you get a winning driver, and the team gets better. The Schumacher effect all those years ago – what he did with Ferrari was proven to work. We’re living the Norris effect.”

Having chosen to stay with Carlin for what will be his fourth successive year, Norris isn’t new to Carlin (nor F2, after making his debut at Abu Dhabi for Campos), but the outfit itself will be returning to F2 after a year-long hiatus.

But even with this “Norris effect,” Carlin says he doesn’t want to pile the pressure on just yet. Expecting a win is a massive expectation, he says, and not one he wants to burden upon the young driver.

“From our point of view, to win a championship like that is absolutely unrealistic; to be competitive on a regular basis is a realistic ambition. We’d like to be running at the front regularly. If we do it more regularly than the competition, then we have a chance of winning the championship.

“A top five finish would be great for us,” maintains Carlin.

But with a new car, and a level playing field awaiting next year’s F2 grid, there are few reasons as to why Norris and Carlin can’t stamp their authority on their return to the championship.

“Well, 12 months ago the top F3 team was Prema. And now we’re the top team there. Currently, the top team in F2 is Prema and there’s no reason why we can’t be the top F2 team in 12 months’ time,” he says.

In the spotlight – Lando Norris