Formula 1 has promoted the new 2022 era hard, but teams seem less enthused to show off their cars – with good reason.

Red Bull and Haas stuck with show cars or digital renderings and multiple teams held back parts until the final day of testing in Barcelona to avoid allowing rivals the extra 48 hours or so of time to analyse their designs. Even these will change substantially in the coming fortnight, with updates expected at the Bahrain test later this week, followed by the first race of the season a weekend later.

Entirely new rules mean that there’s a greater chance for teams to find a design advantage. And the cost-cutting restrictions introduced last year make that any advantage more valuable than ever, with a cost cap and limitations on wind tunnel and CFD simulation aero runs, with teams getting less time the higher they finish in the constructors’ championship.

Mercedes for instance will have had 50% of the time Haas has had to utilise CFD and run wind tunnel tests, both critical parts of the F1 development process.

So if teams have found any performance gains in one area, they’ll be desperate to hide it until as late as possible in order to give rivals less time to understand or copy a concept.

Each group of designers will also be facing tricky decision of where to allocate the rest of their aero allocation. 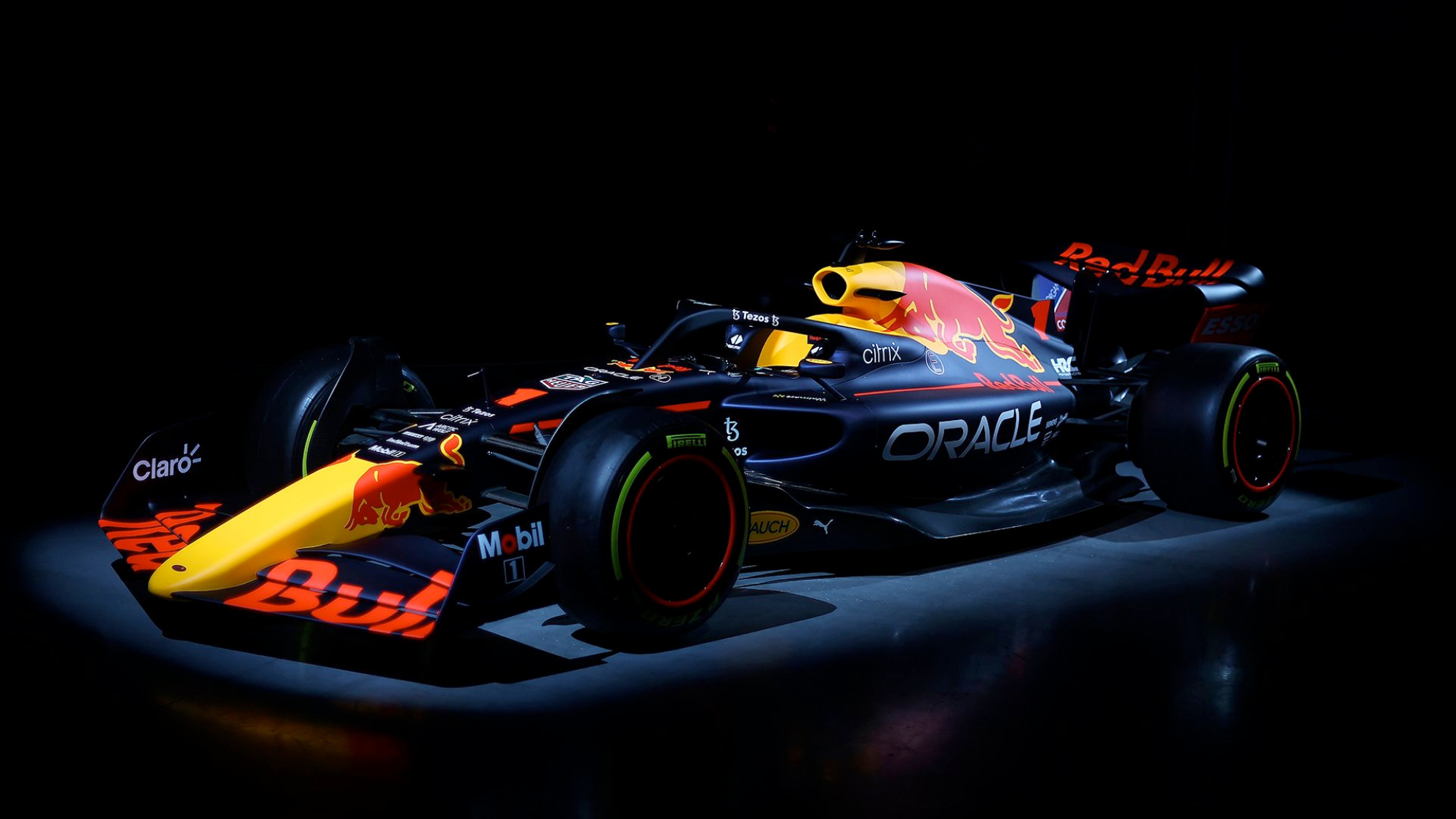 Red Bull’s launch showed little to nothing of its real 2022 car, with the team instead opting to use a show car for its reveal event

In the case of Red Bull, the team has been working to be more efficient in its simulations and more flexible in its tests to maximise its allowance — focusing on the big wins rather than trying to hone each tiny part for marginal gains.

“With the new CFD limits, and in addition, its reduction with on track team performance, there will definitely be a natural transition to identifying CFD simulations that offer the most performance gain and a greater focus on improving simulation processes,” Samir Patel, lead application engineer at Oracle Red Bull Racing Innovation Partner Ansys, explained to Motor Sport.

Likewise at Mercedes, deciding where to spend time and focus has been one of the most tricky aspects of the 2022 regulations.

Developing the new car alongside sustaining a championship-fighting effort meant that attention was diverted from the ’22 car. Will that mean that Mercedes is off the pace come Bahrain? The team is giving very little away, as is F1 custom.

“One of the most difficult parts of developing this car has been about how much resource we could put into it,” Mercedes’ Mike Elliott explained in another pre-season video. “Last year we were fighting for a championship and we needed to make sure that we did a good job with that as well as a good job on this year’s car.

“That was tough particularly because the regulations are such that we have a cost cap and very limited runs in the wind tunnel. We had to choose really carefully what resources we spent on the ’21 car versus what resources we would spend on the ’22 car.

“It’s more difficult this year because the changes are much more significant than we’ve seen in the past.”

Such are the fine margins expected in 2022, teams will have to ensure they are running tests that maximise performance. Accurate results, which demonstrate an improvement with a high degree of certainty are highly prized, according to Ansys.

“In general, performing simulations on smaller models would be more efficient since the number of CFD units would be less but the key challenge would be to ensure that the simulations offer accurate results,” says Patel.

“For certain types of design exploration projects, teams may choose to first conduct a parameter study based on ‘low resolution’ simulations (i.e. with coarse meshes or less complex physics/turbulence models) to be able to reduce the usage of CFD units. For other projects, they may prefer sticking to a few large-scale simulations to be able to obtain high-fidelity results.

“It’s worth noting that anything we do to improve speed/efficiency of CFD computations also impacts power consumption. This does include CFD software improvements regarding the solver (incl. using new compiler options, setting processor affinities, reducing memory consumption, and dynamically adjusting how the workload is balanced across multiple processors, as well as multi-GPU solver) but also things like adaptive mesh refinement, mosaic meshing, and adjoint-based optimization, for example.

“Following the rule changes, finding the optimal solution for CFD simulations will be one of the key targets that will be explored. This means developments in a high-performance computing solution will be a significant factor to consider in terms of usage of CFD units.” 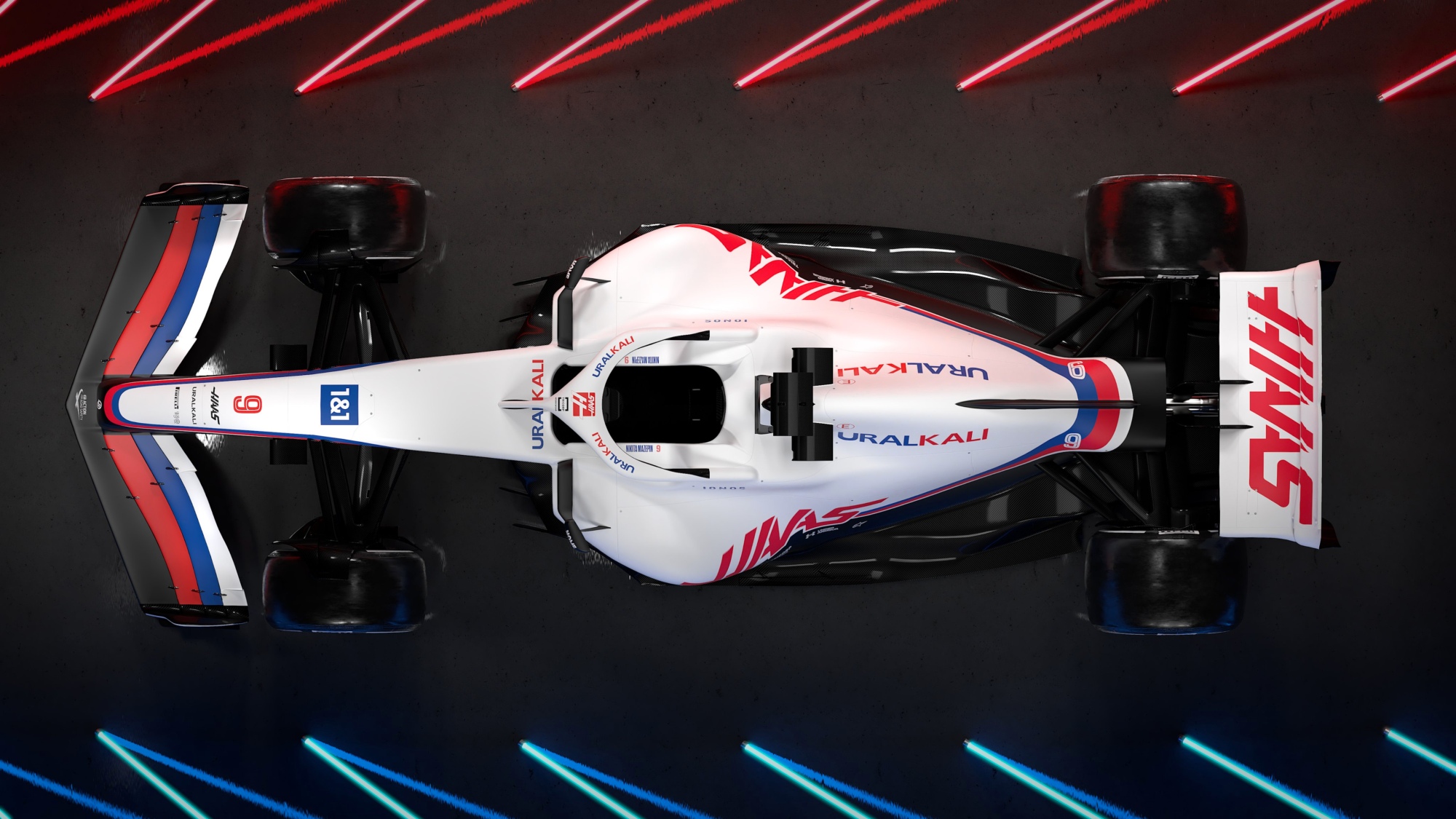 Haas’ digital renders offered a glimpse but was of an older-spec VF-22, not one it will run during testing

The ability to be adaptable then will be one of the most important factors in development during the new era. Any particularly profitable area of car development is likely to make the difference under such restrictive rules.

Aston Martin has already admitted that it is prepared to copy any rival design that might prove quicker than its preferred concept and the rest won’t be far behind should there be a pivotal design point that brings laptime.

“The regulation shift impacted the amount of wind tunnel and simulation capacity permitted, making for a challenging and interesting era for F1 teams to navigate,” Patel added. “The gradual reduction in on-track testing time over the years has also made the accuracy of simulation ever more critical to determining car performance.

“The partnership with Red Bull has enabled the development and implementation of user specific models resulting in improvements in accuracy.

“Over recent years, limitations on wind tunnel time and spending caps on CFD has resulted in rethinking what simulations are critical and also how the simulations should be performed.

“Our partnership has allowed the team to focus on simulations that offer more performance gains, while also alleviating cost and time limitations.” 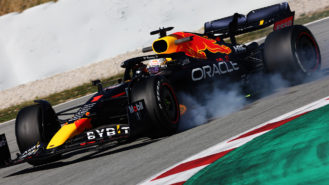 Daniel Ricciardo says that Formula 1 drivers will get used to the reduced visibility that is a by-product of the 2022 rules and the switch to 18-inch tyres. Last year…

There’s plenty of potential for teams to fall into traps with the regulations despite the expectation of similar design philosophies and similar restrictions in place between rivals.

“I would imagine, because the cars are so new and so different, that one or two cars on the grid will have got it really badly wrong and that they will have a terribly painful year,” Mercedes’ James Allison highlighted in a pre-season video from Mercedes.

“I imagine that all of us to some degree would have left things on the table that we just didn’t anticipate and we will look at other cars and think ‘oh why didn’t we think of that?’ and then we’ll be scrabbling around trying to get that onto our car.”

While you might envision the use of wind tunnel and CFD simulation being used for aerodynamic projections, it’s far from the only avenue it’s used for.

Complexity increased with the introduction of the hybrid power units in 2014, and the use of CFD moved into internal areas of the cars, as simulation of airflow within cooling ducts and air intakes made up for a reduction in testing time.

With two upcoming homologation deadlines, using the CFD simulations for the improvement of the power units is critical. These areas are not restricted because they are classed as power unit simulations, but teams will have to ensure that they don’t eat into resources that might otherwise be allocated to aerodynamic performance.

“With F1 regulations changing the power unit specification in 2014, there were of course knock-on effects on the car’s cooling requirements and the way everything was packaged,” Patel explained.

“As a result, there will be more focus on extracting aerodynamic performance and with the more stringent CFD limits it will be imperative to be smart on deciding what CFD simulations to perform.” 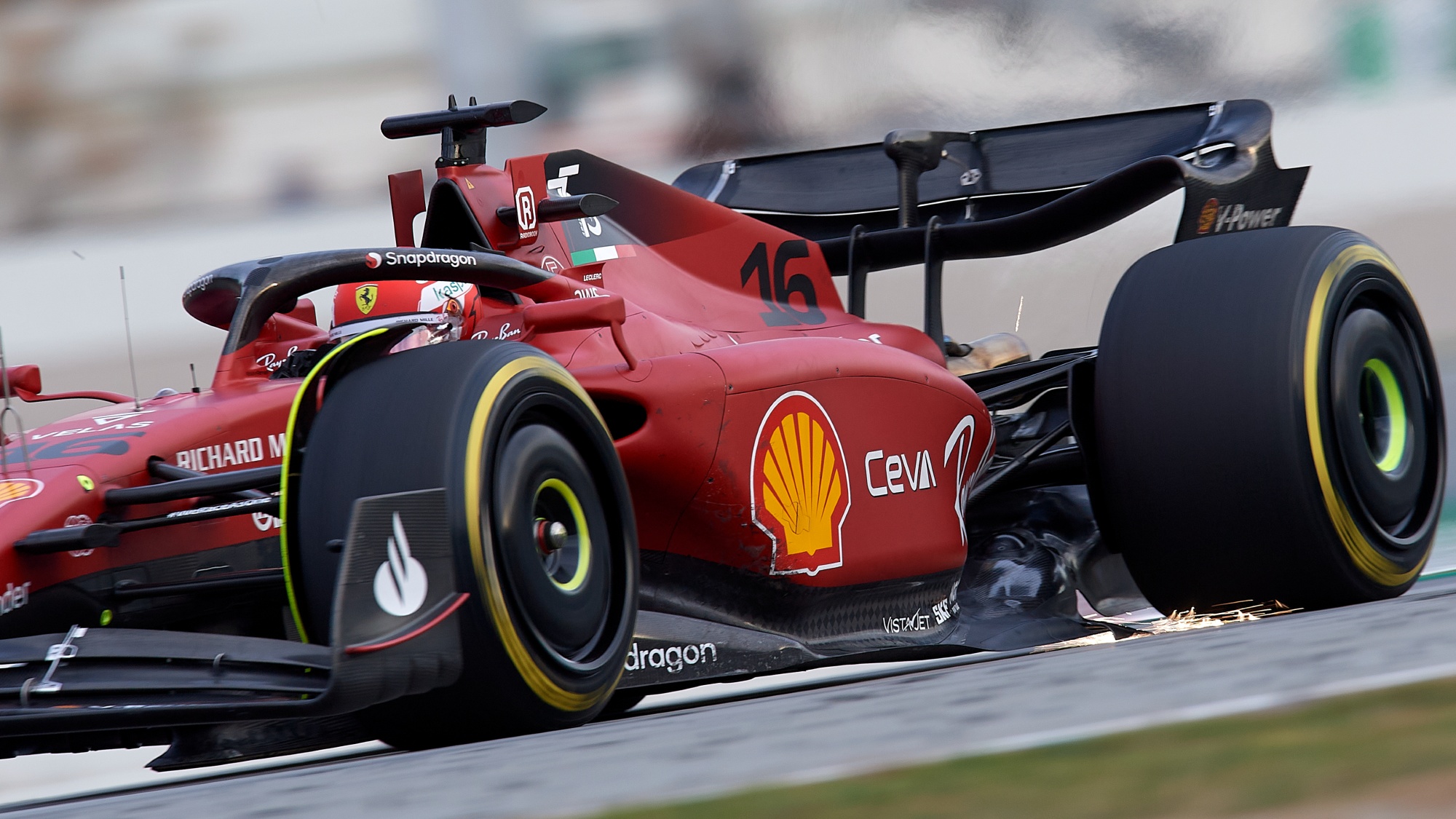 Multiple teams suffered with excessive flex in the rear floor edge, but who can develop a fix without losing critical downforce?

If a team is able to disguise gains or hide a crucial part of its car, rivals’ resources could be allocated in chasing a dead end, resulting in wasted time and FIA-mandated wind tunnel or CFD time.

“Trying to try to juggle so much change, place the resource where we believe to be the right place, and to be able to get the maximum out of that area where we think the performance is going to emanate from, was by far the trickiest area of development.

“There wasn’t a specific item on the car, because every area needed to be developed, whether it was from the chassis strength, or new suspension, or the overall aerodynamics. Everything had to be redone, so the challenge was allocating enough resource to each area to get the job done, while trying to maximise the performance overall.”

The Venturi-style tunnels that track from the leading edge of the floor to the rear diffusor will be the major point rival engineers will want to be getting a peak of, so crashing in pre-season testing is a huge no-no for the drivers.

If there’s a car hoisted up into the air by a recovery vehicle in Bahrain, expect plenty of interested parties and photographers to swarm and capture the secrets that might decide the running order in the 2022 Formula 1 world championship.