Ferrari enjoyed a strong Monaco GP weekend, with Charles Leclerc beating the Mercedes and Red Bull drivers to taking a superb pole, and Carlos Sainz logging his first Maranello podium with second place. But how will that form translate in Baku this weekend?

Leclerc and Sainz started off well in Azerbaijan by being second and third behind Max Verstappen in FP1 on Friday. However, that is probably not the true picture as teams were running different programmes, and both men were cautious heading into the event.

In Monaco the team hit the sweet spot with set-up, the car working its tyres well around the streets of the principality, dealing with the many kerbs, and giving the drivers the confidence to push to the limits.

Alas Leclerc went a little bit too far in his final run in qualifying, ultimately losing his pole and his whole race due to damage assumed to have been sustained in his heavy impact with the Swimming Pool barriers. 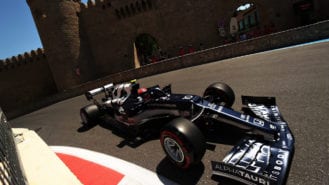 Nevertheless the strong weekend performance was a huge boost to the team, and coming to another street circuit in Baku with lots of slow corners you might think that there would be some optimism that the team can again mix it with Red Bull and Mercedes.

The truth is that Baku has little in common with Monaco, with its long straights playing a bigger role in overall lap time than the corners. So although Leclerc says that the team’s Monaco performance was unexpected, he’s not anticipating a repeat performance.

“We knew we were competitive in the slow-speed corners, but it was still a surprise to be as competitive as we were in Monaco,” he told Motor Sport on Thursday.

“Now I’m happy to be here in Baku, I love this track, and I’ve always been quite competitive here. We just need to be realistic, though, and not get carried away too much by the results in Monaco, because that won’t be the case here.

“We will be fighting for fourth or fifth place, I believe. So yeah, we’ll try to give everything, and hopefully we can achieve good results. It’s not an easy weekend, especially being a city track, so everything can happen. And we’ll try to extract the maximum.”

The bottom line is that Ferrari expects to lose out to its main rivals on the straights, and it won’t be able to make up for that in the twisty stuff.

“No, it is not our ideal track,” Leclerc noted. “And I believe that in the next few races, we are going to struggle a bit more compared to the beginning of the season. But I think it’s all about us trying to stay calm, and not getting carried away by this beginning of the season that has been very, very good. 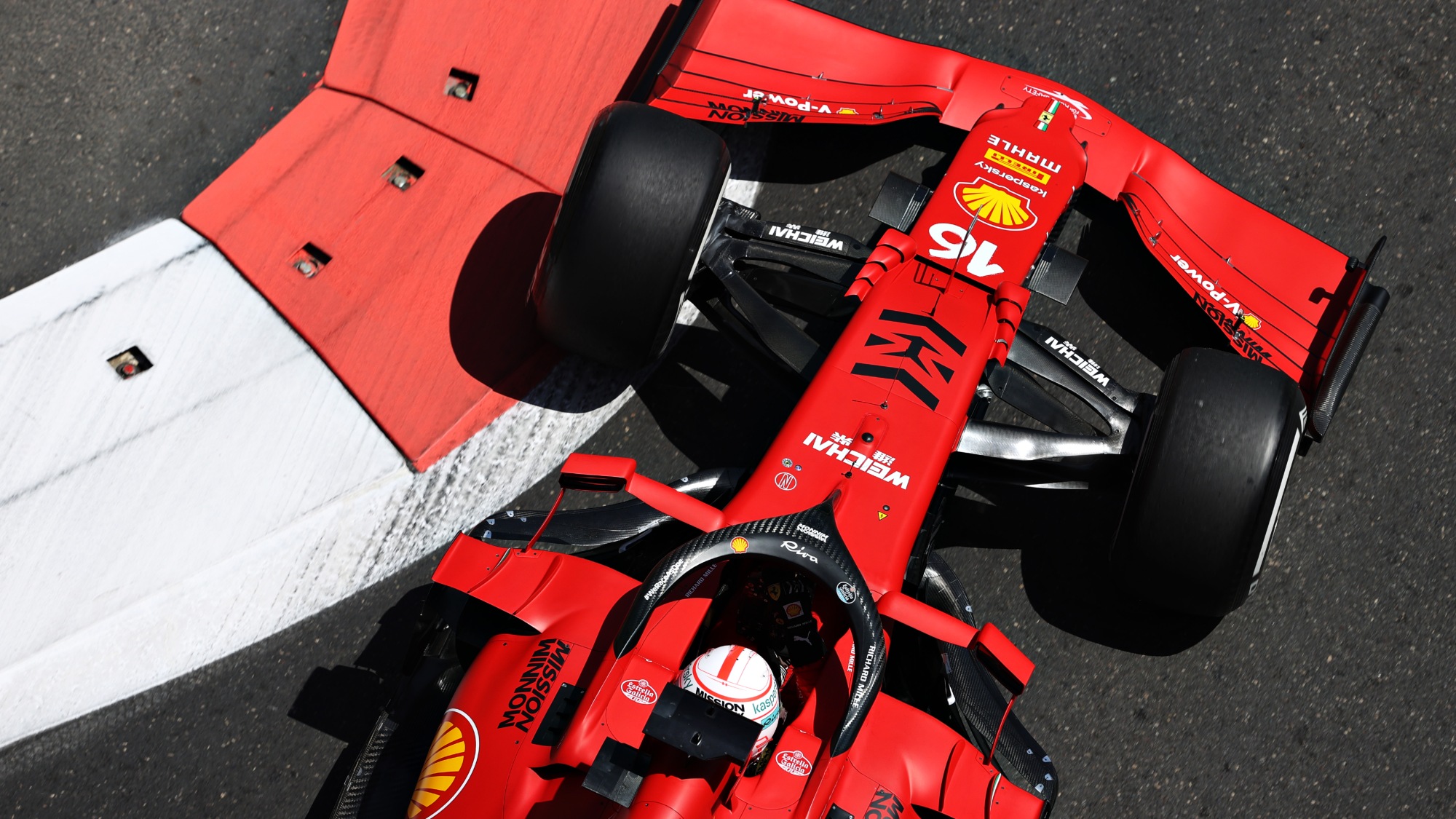 The Ferraris rode the kerbs well in Monaco, resulting in good lap time. That won’t be the case in Baku

“It is very strange, because I think very rarely we’ve seen a car so competitive in Monaco, fighting for the win, and then you go on another track, and you are not as competitive at all. So it is quite difficult.

“But I think if we manage it well, with all the team, then we should extract the maximum, which is the most important thing. Our main rivals at the end are McLaren, and we need to focus on that battle.”

Sainz shares Leclerc’s view, and while he acknowledges that typically wild Baku races sometimes present unexpected podium opportunities, he admits that Ferrari won’t be at the front on pure performance this weekend.

“I think there’s been some very exciting Bakus,” the Spaniard told Motor Sport. “And some very boring ones. It can go both ways here, depending a bit on the whole picture of the field and everything.

“What we know is that as a team, we need to re-set a bit our expectations, and then we’re going to be back probably to the performance levels before Monte Carlo. But yeah, if something happens up front, then we want to be leading the midfield to try and capitalise on it.

“I think we’re gonna lose relative to our competition more on the straights here, it’s normal, it’s mathematics. And nowadays, with all the GPS data we have, and all the simulations we have, we know we are losing relative to Monaco three or four-tenths relative to the competition.

“So it’s going to be that way, unless we nail suddenly a magic set-up or something that gives us more performance than what we should have. 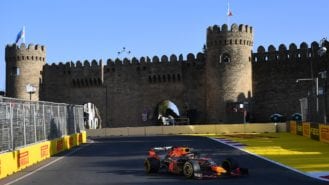 50% chance of thriller: 2021 Azerbaijan Grand Prix what to watch for

Formula 1 heads back to Baku for the first time since 2019. Will we see another thriller on the streets amidst a titanic title battle between Mercedes and Red Bull?

Ferrari showed good slow corner performance in the final sector in Barcelona, and that translated to Monaco, which isn’t always the case.

However, Sainz cautions that the car’s usual strong point may be stifled by set up choices as the team searches for top speed.

“We have a strength, but the moment that there is a long straight, you need to compromise that strength with downforce levels,” he says. “So the good thing about Monaco is that everyone was in max downforce.

“So it was max downforce versus max downforce on everyone. Here I’m sure McLaren and other teams are going to run more downforce, and that will put them immediately in a better position in the slow corners, and it will put us in a more vulnerable one.”

One extra curveball this weekend concerns Pirelli’s choice of tyres. The Italian company has gone one step softer than on our last visit in 2019, bringing its softest compound, the C5. Ferrari clearly used that tyre very effectively in Monaco, and it will be interesting to see how that translates in Baku, over both one lap and a race stint.

“I think that could bring a bit of a different feeling in qualifying,” says Sainz. “Less issues to warm up the tyre less, less issues to put a lap together hopefully in quali, because normally we would struggle here quite a lot on that.

“But at the same time, graining again like there was other years could be even more of an issue and could make the weekend in that sense a bit more exciting. It’s always the same here. I think one year we stopped even in lap six or seven.”

“It’s going to be very important to try and maximise mileage,” says Leclerc. “Especially on the soft and on the medium, throughout these three practices, to try and understand this C5 that we’ve never been running here. So this is going to be important for all the teams, I guess.”

Ferrari clearly sees McLaren as its competition this weekend, and not Mercedes or Red Bull. But this is an oddball circuit, and anything can happen on Sunday. The important thing is to be there at the end to pick up the pieces…