What can you do when you’ve just sealed your seventh world championship, the paddock is talking about knighthoods but there’s three races left?

Lewis Hamilton didn’t celebrate too hard, switched off his phone, didn’t open the laptop, spent a bit of downtime with family and, just maybe, pondered finishing the year on a nice round 100 F1 pole positions.

No matter how mind-boggling that might sound, it’s an achievement within Hamilton’s grasp if he aces the qualifying sessions for all three Middle-Eastern races that finish F1’s truncated 17-race Covid calendar.

The first of those goals was accomplished with a fine Sakhir lap that gave Mercedes its first Bahrain pole in three years and left team-mate Valtteri Bottas scratching his head.

“If I look at the lap, as always it’s never perfect and maybe I left a bit of time out there on the Turn One exit,” Hamilton conjectured. “The rest of it was pretty good though. I’m on the ragged edge and it’s all about taking a lot into a corner without losing the exit – having your cake and eating it.”

“I don’t always sympathise with rivals but I do feel a little bit for Esteban,” grinned Smiley Dan

The secret to Hamilton’s almost three-tenths margin over Bottas was his ability to do just that in the important Turn 13 right-hander that dictates speed on the long run down to the final turn.

Bottas had no answer to Hamilton but managed to lock-out the front row for Mercedes. “The lap felt good and that’s the problem,” he candidly admitted. “The time just wasn’t there but at least it’s another front row, the long runs were good and I’m looking forward to tomorrow.”

Max Verstappen qualified the first Red Bull just 0.12sec down on Bottas as Christian Horner’s cars claimed the second row. Alex Albon knows just how Bottas feels, constantly being measured against a stand-out team mate. Except that his conundrum was twice as big: a 0.6sec deficit to Max.

Eddie Irvine once likened driving on the opposite side of the garage from Michael Schumacher to being hit around the head with a cricket bat every fortnight and Albon will be feeling the same way. The tendency is to overdrive to try and bridge the gap and Albon did exactly that when he ran wide out of the final turn in FP2 on Friday, kept his boot in and junked his RB16 in the tyre barrier. A new chassis was needed and you had to wonder whether it increased internal pressure on Albon with Sergio Perez performing so strongly.

If it did, Alex fought back well on his second Q3 run but only managed to beat Perez’s Racing Point to the second row by 0.05sec.

Whereas Hamilton nailed Turn 13 perfectly, Perez bit off a little too much and needed a mid-corner correction that cost him the few hundredths that might have put a Pink Panther on row two.

Bahrain though, might have been made for Sergio, who has outscored everyone bar Hamilton and Bottas over the past seven races and lies fourth in the drivers’ championship. With its abrasive surface wearing the rears and conventional wisdom suggesting that tomorrow will be at least a two-stop race for everyone, Perez’s reputation for strong tyre management should come into play.

Racing Point will certainly be hoping so because in that epic battle for third place in the constructors’ championship and the extra gelt that accompanies it, Perez has additional pressure on his shoulders with team-mate Lance Stroll starting 13th, more of which anon.

Breathing down Perez’s neck are both Renaults. Daniel Ricciardo missed the Mexican’s time by a tenth with a lap that pipped team mate Esteban Ocon by just 0.002sec!

Ocon is the first to acknowledge the potency of Ricciardo’s qualifying performances this year – when you’re 14-1 down over the season you can’t do much else! – but this one will have hurt more than most. 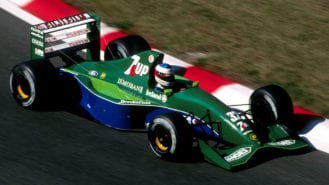 “I don’t always sympathise with rivals but I do feel a little bit for Esteban,” grinned Smiley Dan. “But, he did have two sets (of softs) for Q3 and I’d had to use two in Q1 and only had one set for Q3.” So the sympathy was measured.

Looking ahead to the race battle, Ricciardo figured that it is important for the Renault pair to drive an aggressive opening lap and hopefully relegate Perez because the Racing Point’s long run pace looks good. “If he’s able to run in free air it might be tough for us,” Daniel admitted.

Renault’s third place chances took a hit a fortnight ago in Istanbul and they now find themselves 13 points behind McLaren and 18 adrift of Racing Point, but sixth and seventh on the grid is a good outcome, with their rivals only boasting one car each in the top 10.

For McLaren, qualifying was disappointing after Carlos Sainz and Lando Norris finished FP3 fifth and seventh respectively. Bahrain has always been something of a bogey track for Sainz, from a bad fortune rather than a performance standpoint, with Carlos yet to score a point in Sakhir. This time, when he hit the brakes at 300km/h into Turn One on his first Q2 run, a mechanical problem locked the rear axle and the McLaren immediately swapped ends. With all the front runners opting to run the medium in Q2, not only did it mean that Sainz starts 15th, but he also rubbished a set of the yellow-walled rubber that he needed for tomorrow.

Another tenth and a half for Lando Norris, meanwhile, would have qualified a McLaren best of the rest behind Mercedes and Red Bull, but such is the closeness of the midfield that he lines up ninth, splitting the Alpha Tauris of eighth-placed Pierre Gasly and Daniil Kvyat.

Gasly called his Istanbul performance “embarrassing” but attributed it to an even more extreme case of the inability to generate tyre temperature that afflicted everyone. It was, he believed, an outlier, and Franz Tost’s men were again in the thick of the action with both cars in the top 10.

Ferrari’s strong showing on the Turkish ice rink all but nixed Alpha Tauri’s hopes of almost unthinkably overhauling Ferrari in the final teams’ classification but, back in more representative conditions, Faenza was once again ahead of Maranello as neither red car made Q3. Sebastian Vettel missed Gasly’s Q2 time by 0.14sec but, if it was any consolation – and I’m sure it was – he did pip Charles Leclerc by two hundredths. That pole position time here 20 months ago, which would have put him fourth on tomorrow’s grid, must seem an age away to Charles.

The aforementioned Stroll starts immediately behind both Ferraris after what Lance called a ‘miscommunication.’ When Q2 was red-flagged for the removal of Sainz’s stranded McLaren, everyone bar Stroll took a fresh set of mediums on resumption. Lance, on his used set, was not quick enough. “I thought we had time for two runs but we only had time for one,” he explained.

All is not lost though. Stroll’s performance drop-off in Turkey after leading so convincingly has been put down to front wing damage, noticeable on the team data from around lap 17. Team principal Otmar Szafnauer confirmed that a strake was lodged in the wing and that the team did not change the wing at Stroll’s pit stop because the strake was not discovered until after the race. With overtaking feasible in Bahrain and decent race pace, the second Racing Point will be a car to watch tomorrow.

For the ninth time in 15 races George Russell put his Williams into Q2 and once again bested team-mate Nicholas Latifi.

Although Mercedes is the class of the field as ever, the race is no foregone conclusion. Hamilton will again start favourite but overtaking opportunities, tyre degradation and the likelihood of at least two stops for everyone, will present him with more banana skins than usual. 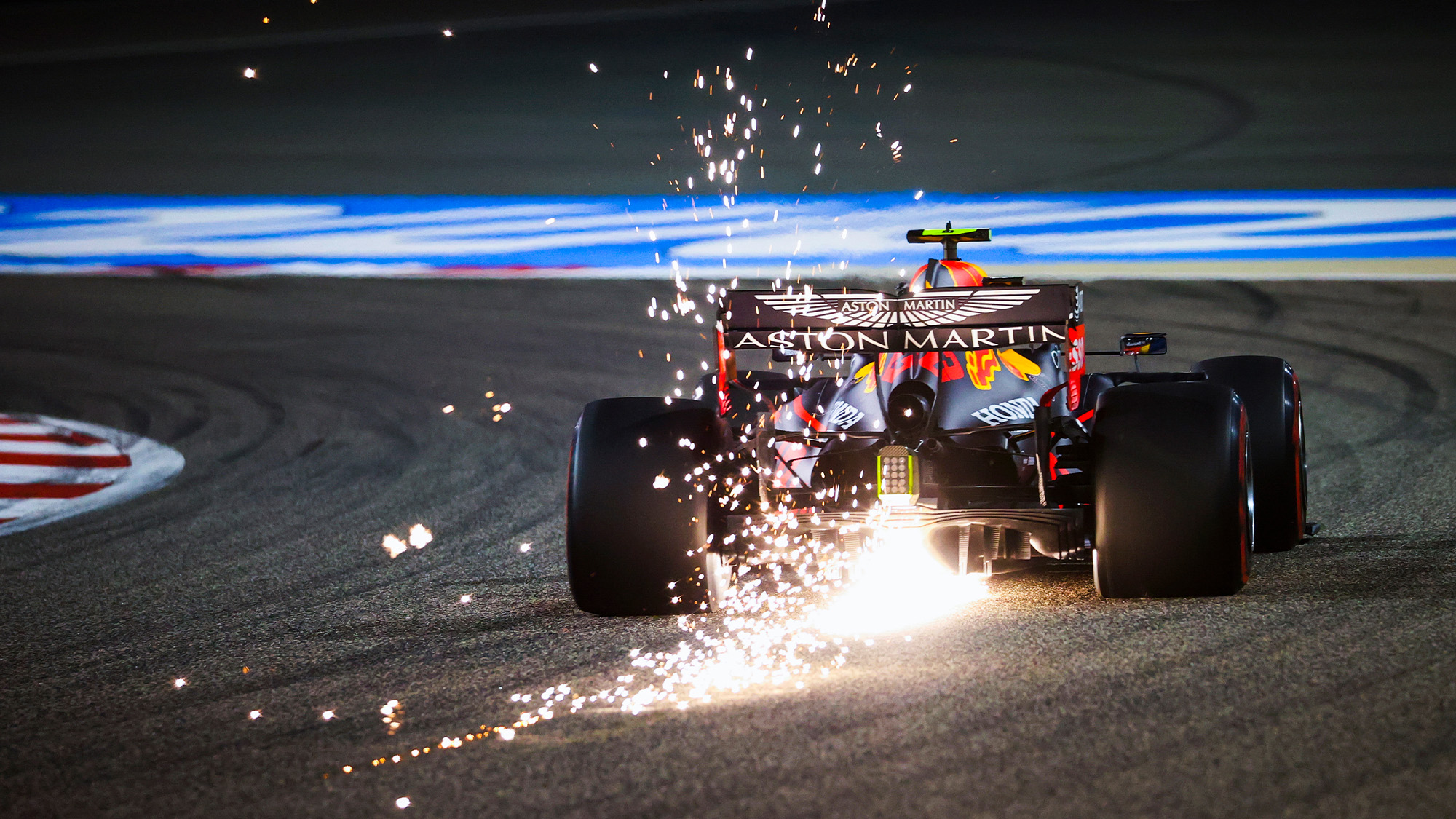