Charles Leclerc has been a revelation, and fast enough to unseat Kimi Räikkönen. Scott Mansell evaluates how 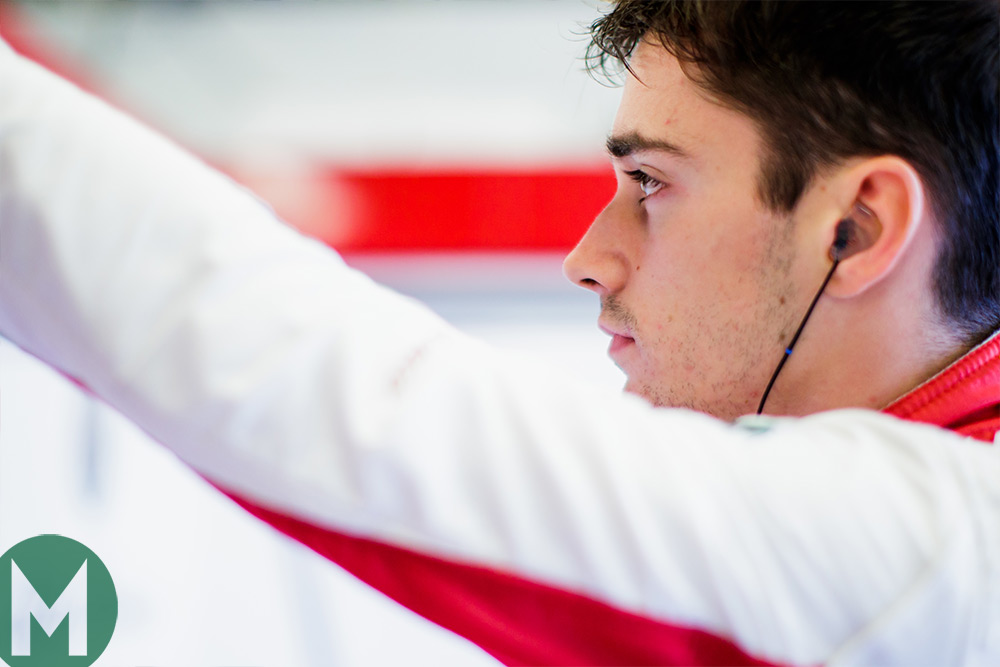 Charles Leclerc has had a stellar debut season in Formula 1 with Sauber, following consecutive titles in GP3 and F2. There’s no doubting his performance to date, but what makes Leclerc such a highly-rated driver and what chance does he have of winning races – and beating Vettel – next season?

When analysing a driver’s technique, it’s always best to review them during challenging situations – whether that be an ‘old-school’ circuit, in treacherous conditions or through high-pressure qualifying runs.

It’s in these situations when a driver’s raw ability is most easily recognised, and how I prefer to investigate their style and methods.

Leclerc’s qualifying pace has been nothing short of impressive, out-qualifying Ericsson on 16 of 20 occasions this season. The Swede might not the greatest challenger on the grid, but he’s a reliable benchmark.

Studying Leclerc’s driving style during various qualifying sessions, it’s easy to see his natural feel for the car beneath him. Leclerc eases the Sauber into each corner, keeping it on the limit of grip and rarely overstepping the mark by any time-sapping amount.

With such a refined feel, Leclerc can transfer the car’s mass in precise and controlled amounts during each phase of a corner – through braking, turn-in, apex and exit. It’s a style that allows him to adapt to handling imbalances subtly, manipulating the load through each axle to address the issues.

Leclerc’s smooth inputs work in combination with a racing line that’s closer to the geometric line – a more open curve through a corner. Compared to a ‘stop, turn and point’ style like Vettel, Leclerc will be in the corner for longer, but, due to the shallower arc, will be able to maintain a higher minimum speed.

The variation in style between the two drivers may well be due to differences between the Sauber and Ferrari, or merely a personal choice, but more on that later.

A racing line closer to the geometric arc has other advantages. Because the driver is transferring the car’s mass less violently, the overall grip will be slightly higher as they’re not peaking what’s asked from the tyre. Imagine pushing somebody forcefully versus gradually building up to the same load – they’re much more likely to fall over (break traction) in the first example.

Transferring load more gradually will also generate fewer mistakes; the driver has more time to feel the limit of grip, as they approach it more gradually. This allows the blend from braking to turning to acceleration easier to manage and decreases the potential to step over the mark.

The video below shows a wet lap from practice in Austin this year. Note how gentle Leclerc’s initial steering input is through the changes in direction from turns three to nine as he transfers the car’s mass as softly as possible.

Beyond his steering input, and without data, it’s impossible to know what his brake trace looks like. However, concerning the other pedal, you can hear only a hint of wheelspin in the traction zones – again confirming Leclerc’s intricate feel in the wet conditions.

Thanks to his driving style Leclerc, has proved numerous times this season that he’s a driver who is extracting everything from their car, throughout qualifying and race conditions.

As we see time and time again, overtaking in F1 is a delicate balance between risk and reward. Leclerc is impressive both when attacking and defending, positioning his car correctly while losing as little time as possible.

In wheel-to-wheel battle, Leclerc has proper racing etiquette, with a clear understanding of what’s acceptable and an accurate awareness of his car’s position.

He’s taking a long-term view concerning his racecraft and racing reputation, meaning he receives less bodywork damage and gains respect with the drivers he’ll be running with next season – something that is already affecting some fellow young chargers.

Even on the first lap of a Grand Prix, generally starting from within the precarious midfield, Leclerc usually comes out unscathed and moves up a position or two. This is not luck and highlights a driver that is in control of their emotions, anticipating others and has ample mental capacity spare.

Vettel’s technique is substantially different to Leclerc’s. Seb drives much more of a ‘V’ shaped racing line, meaning he has a slower minimum corner speed, a more abrupt turn over a short distance, but can then straighten the corner exit and carry the extra speed down the following straight.

It’ll be interesting to see if Leclerc needs to change his style to something closer to Vettel’s to suit the Ferrari next season. The ability to think about one’s technique and how it might need to alter is an essential skill for any driver. It’s especially true with F1 cars, where a driver will need to adapt, sometimes race by race thanks to technical updates and particularly when they change teams.

Leclerc’s rapid and successful rise through the junior ranks proves he has the talent. The difference between driving a 400bhp, relatively low-grip GP3 car and a 610bhp, higher-grip F2 car is more significant than the difference between two F1 cars. It’s something many drivers have done before, but only a few so quickly and triumphantly.

Furthermore, the young driver has been quick at most types of circuit on the F1 calendar, from street circuits to high-speed tracks, including those he’d never visited before.

Leclerc is undoubtedly a quick learner, and that puts him in a solid position when moving to a new team in 2019.

Leclerc has shown all the attributes of a world-class driver throughout his nascent career, and given his ability to learn, adapt and execute, he should be winning races early in his Ferrari career.

The more pertinent question is whether he’ll beat Vettel. Of course, we can only speculate as there are so many variables involved, but it wouldn’t surprise me if Leclerc ended up on top by Abu Dhabi next year.

Vettel’s had a less than flawless 2018 season, cracking under external pressure at various critical moments. When that competition comes from within the team, as it did with Daniel Ricciardo in 2014, it’s reasonable to expect more mistakes to occur.