Alfa Romeo’s second seat is a hotly contested one and in all likelihood, one of Ferrari’s Academy Drivers will fill the space for the 2021 Formula 1 season despite experienced alternatives being available.

Mick Schumacher, Callum Ilott and Robert Shwartzman make up one of the most promising collections of junior talent in single-seaters, but only one can get the nod for next year with Alfa Romeo. After putting together his strongest season in single-seaters to date, it is Schumacher that deserves the opportunity in F1 and that is because he has earned it, not because of his last name.

Schumacher will test for Alfa this weekend at a venue where his father took victory five times in F1 and one in which Mick altered the course of his own career back in his Euro F3 days, taking a hat-trick of wins in what turned out to be a championship-defining weekend back in 2018.

Ilott is fulfilling a test role at Haas this weekend, while Shwartzman will have to wait his turn until the end of the season, getting a run out in FP1 in December.

Schumacher leads the F2 championship with just the feature and sprint races of Bahrain to go and he heads up Ilott by 22 points. Having led the initial stages of the season, Shwartzman now finds himself cut adrift in fifth place, 51 points off of the leader.

Should either of the top two go on and secure the F2 championship in Sakhir, it would immediately rule them out of a third season in F2, with the champion ineligible to defend their title, leaving Ferrari with a headache on what to do with its brightest talents.

Ferrari has usurped Red Bull as having the best young driver academy in motor sport. Historically, the Austrian team has uncovered and produced several big names that are around today, but currently, it is the Italian stable with the brightest future. 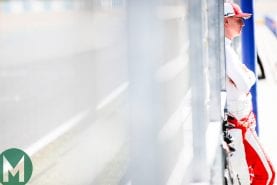 It is far more than a surname that puts Mick top of the list for the opportunity in ’21. His career has followed a similar trend in each series: once he has his feet under the table, the results come more and more consistently.

Back in 2018 and the FIA European Formula 3 championship, it was at the Nürburgring that he began a remarkable run to overhaul former Red Bull junior Dan Ticktum in the title race, scoring three wins out of three that weekend.

It was his second year in the series, and he went from a single podium finish in the entirety of 2017 to a run of five straight victories between race one in Germany and two in the following Austrian round, appearing on the podium a total of 14 times that year.

It has been a similar story in Formula 2. Last year was Schumacher’s rookie season and he recorded a single sprint race victory at the Hungaroring despite flashes of potential, His 2020 season has been the most consistent in the field especially compared directly to his academy rivals.

Slightly anonymous at the start of the year as the likes of Renault prospects Guanyu Zhou, Christian Lungaard and Shwartzman and Ilott scored wins, Schumacher has since turned tides of bad luck into great drives.

His talents have been clear throughout this season as he has made improvements across the board, particularly in tyre management, a problem that has hampered many in their first year of F2. His wheel-to-wheel risk assessment has arguably put him in the lead of the title race, and a helping of luck doesn’t hurt either after a tough start to the year.

A fire extinguisher going off, for instance, during the Styrian sprint race deprived him of his first podium of the season in July but since then, of the Ferrari prospects in F2, his form has been the best and without the errors of the other contenders.

His steady increase in competitiveness, consistency and his dedication and maturity throughout, in spite of the immense pressure on his young shoulders, has been telling. The tempestuousness of Euro F3 rival Ticktum this year is evidence of how pressure can take away from driving talent, but Mick has maintained a calm and focused demeanour even when things haven’t gone his way and it has paid off in spades.

Schumacher’s mega starts have been a huge contributing factor to his race day performances. Launches off the line in Mugello and Sochi catapulted him from the lower reaches of the top 10 into podium contention in the first few hundred meters of the race, making up for disappointing qualifying results immediately. His charge off the line at Monza set him on the way to go from seventh to second and eventual victory.

Shwartzman came into the season as the reigning F3 champion and notched up two feature race wins and a further podium finish to make himself the early favourite to go on and secure another junior title. But since the on-track battle at the 70th Anniversary GP sprint race between himself and Schumacher for the lead, the Russian has just two podiums to his name versus Schumacher’s seven.

An ill-judged overtake during the sprint race at Mugello cost Shwartzman more points in wheel-to-wheel combat. Point-less finishes at his home event at Sochi leaves him well adrift of the contenders and an all likelihood out of the reckoning for an F1 drive.

Ilott has been a more consistent factor in the championship in terms of results, but he too has made several high profile errors. A spin from second position in the British GP sprint race cost him valuable points with Schumacher and Shwartzman down the order.

Stalling in the pits having led the opening phase of the Italian GP feature race undid his hard work again and handed the impetus to Schumacher to go on and win. 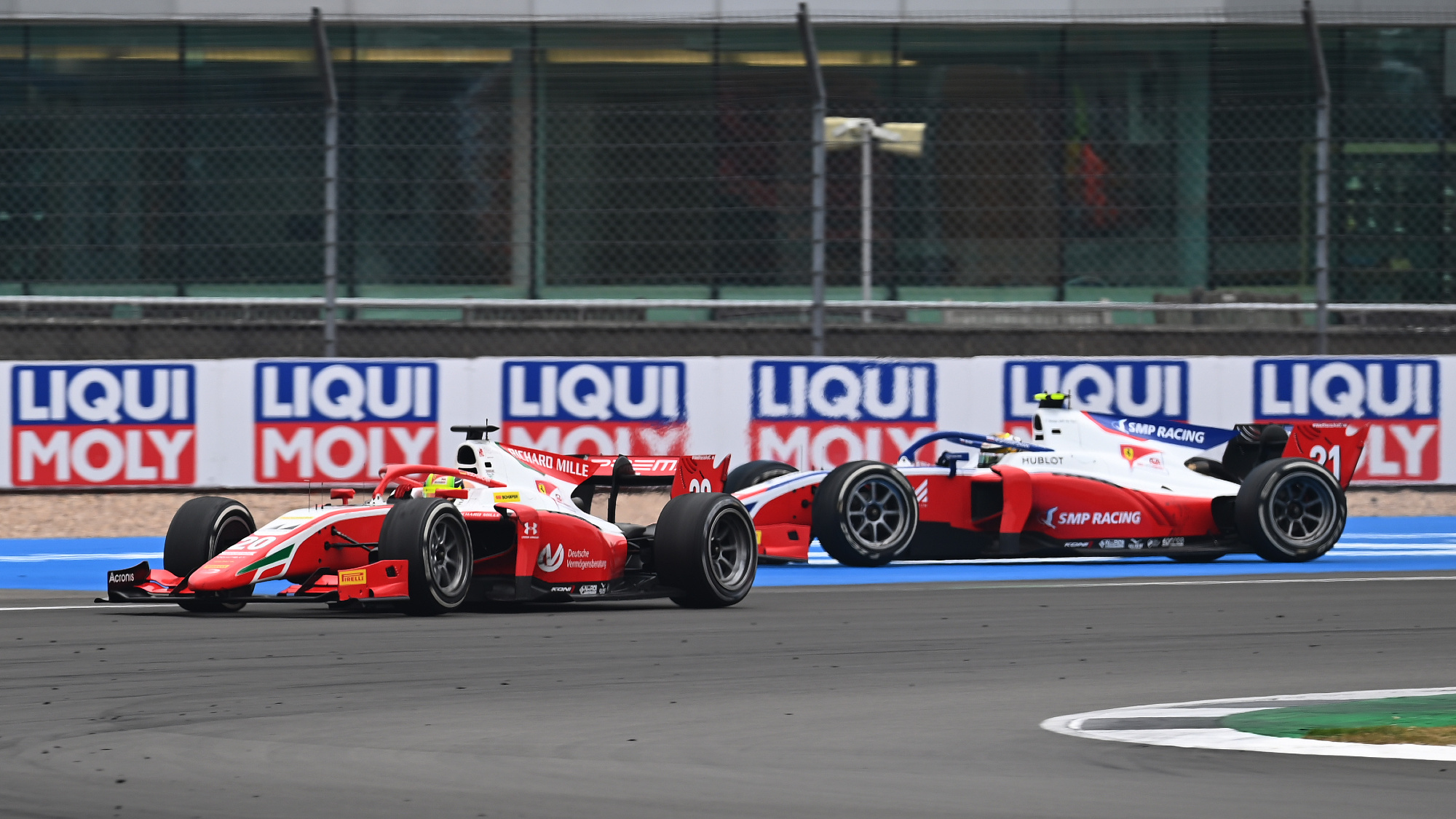 Schumacher and Shwartzman came together fighting for the lead at Silverstone

The three have already been handed a test in Formula 1 machinery by Ferrari, getting to test the team’s 2018 F1 car at Fiorano in preparation for their F1 practice debuts.

The fact Shwartzman is the one being made to wait until later this year suggests his chances for an F1 promotion aren’t high in the immediate future, and another year in Formula 2 is likely. But that is to be expected. After all, he’s the only one in his first F2 season. That perhaps strengthens his credentials, given the way that he has immediately been competitive — despite errors — but time is on his side.

The fact it is Schumacher testing with Alfa Romeo rather than Haas also points to the serious consideration being given to who will drive for the team next season.

Haas team principal Gunther Steiner left his options open, not denying that there is a chance Ilott could work his way onto the team’s shortlist for 2021 ahead of his outing for the American outfit on Friday.

If Ilott doesn’t find a seat in F1 for 2021, he has already ruled out sticking around in F2 and says funding will drive him away from the penultimate rung of the single-seater ladder and in search of something else.

It leaves Kimi Räikkönen at Alfa Romeo as the one to stick around versus Antonio Giovinazzi, with the Finn expected to sign an extension to remain with the team for another year.

Räikkönen fought to dethrone Michael Schumacher from his F1 throne and after becoming the most experienced F1 driver in history, will now likely help Mick step into Formula 1 all these years later.