As the new Racing Point RP20 rolled out for pre-season testing, even the most casual of observers could see it bore more than a passing resemblance to last year’s Silver Arrow. While we have become used to cars from the Haas stable mirroring elements from the Ferraris, 2020 has seen both Racing Point and AlphaTauri move further down the ‘listed parts’ route of car construction.

To explain, the regulations list a number of components that teams are permitted to buy in from other outfits; these include the transmission and power unit, but also a host of smaller components, ranging from suspension through to the latest addition for 2020: brake drums and ducts.

However, there are strict rules around areas such as the monocoque and tub, which must be produced by their respective teams. There is a ban on sharing CAD data or information between teams in these areas.

Haas set the model for a listed parts team, starting from scratch meant it made sense for it to buy in as much as possible. This saves teams the effort of designing and manufacturing themselves, allowing resources to be dedicated to other areas of performance development.

Where there was much objection to Haas’s approach, including from the then Force India team, was that as well as buying in permitted parts, personnel and thus IP from Ferrari were rotating through the team, circumventing the rules in this area.

The Haas still looks like a Ferrari, with the team still buying in as much as is allowed, and team principal Günther Steiner makes no bones of the fact. “The regulations are quite clear… if you don’t exchange CAD data, I will put it like this [its OK]. We buy a lot of parts from Ferrari. So which car are we gonna copy? I guess a Ferrari. I mean, if we copy a Toro Rosso or a Red Bull, you would say we are pretty stupid.” 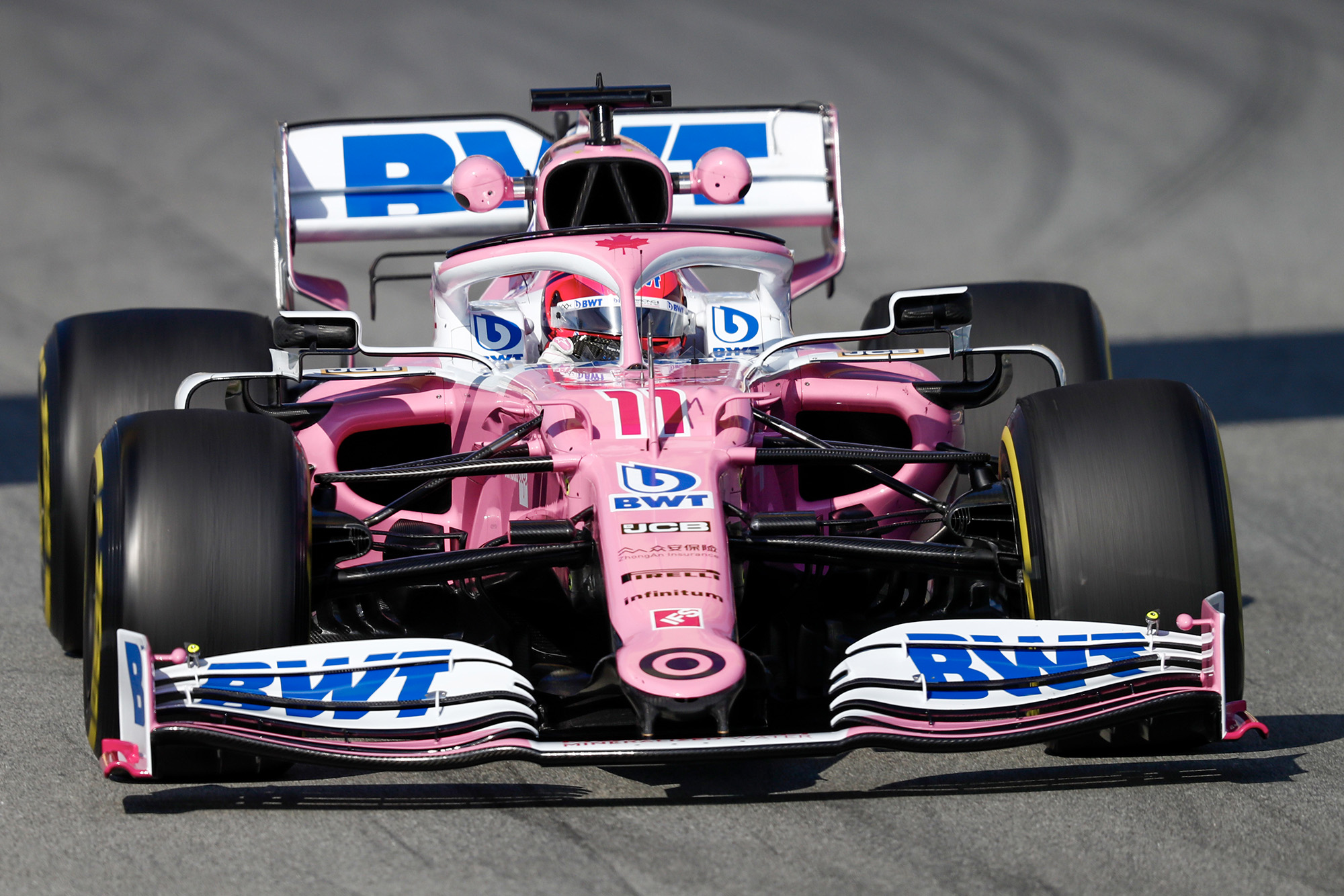 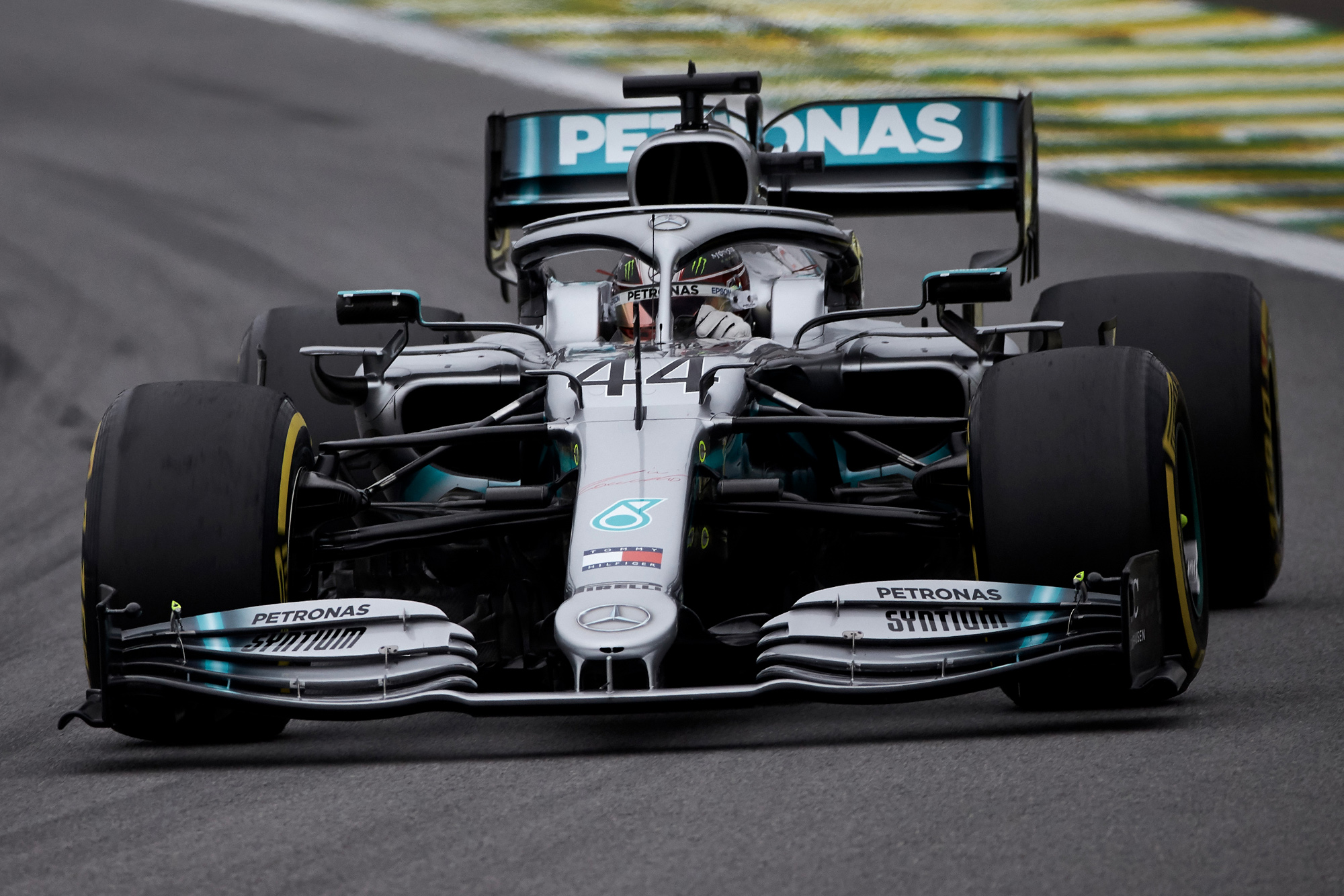 The RP20 is quite a different proposition to the Haas, as technical director Andy Green explained. Although it uses a number of listed parts from Mercedes, the bulk of the mechanicals are still produced by Racing Point and importantly, while Green openly admits the team copied Mercedes’ aerodynamic concept for the W10, it is exactly that, a copy; there is no hint of input from Mercedes.

Racing Point has long used Mercedes gearbox and in 2019, it also used some of the Brackley team’s outboard suspension parts, such as the uprights. All of these components were designed as elements within a highly integrated concept by Mercedes, and as is often the case, Racing Point, as a customer team, had to make compromises to their own concepts to accommodate them. It was therefore logical, explains Green, to try and mimic Mercedes’ concept for the entire car.

Effectively, Racing Point’s engineers studied the 2019 W10 in great detail, then tried to replicate its major aerodynamic concepts, not least the distinctive nose and front wing design. This was a gamble for the team, as Mercedes took a very different approach to Racing Point’s 2019 car and its predecessors.

Specifically, where the Silverstone team has pursued a high-rake concept, Mercedes has not. This meant that all areas of previous Racing Point cars have been designed with high rake in mind, and all of the team’s recent data and learning relates to operating such a design.

Green highlights that making such a drastic switch was a high-risk strategy. “We’ve got one more year left in these regulations. I think there’s time to try something new, to take a risk. And I think we’ve taken a very, very big risk with what we’ve done with the car.”

There was good reason for the gamble, the team felt its existing car concept was running out of steam. “About the middle of last year, we saw where the RP 19 was developing and where it was going. It wasn’t really making the gains that we were hoping for. It was clear that if we carried on the route we were going, we were going to end up at best where we finished the championship last year. And to us that just wasn’t going to be acceptable.”

Additionally, trying to use Mercedes gearbox and suspension on a car with a fundamentally different philosophy was an uphill battle. For example, all of the rear suspension mounts to the gearbox and Racing Point had to work with what Mercedes supplied. Trying to create a suspension geometry that worked with high rake on foundations that were not suitable would always be a compromise.

An approximation, not a copy 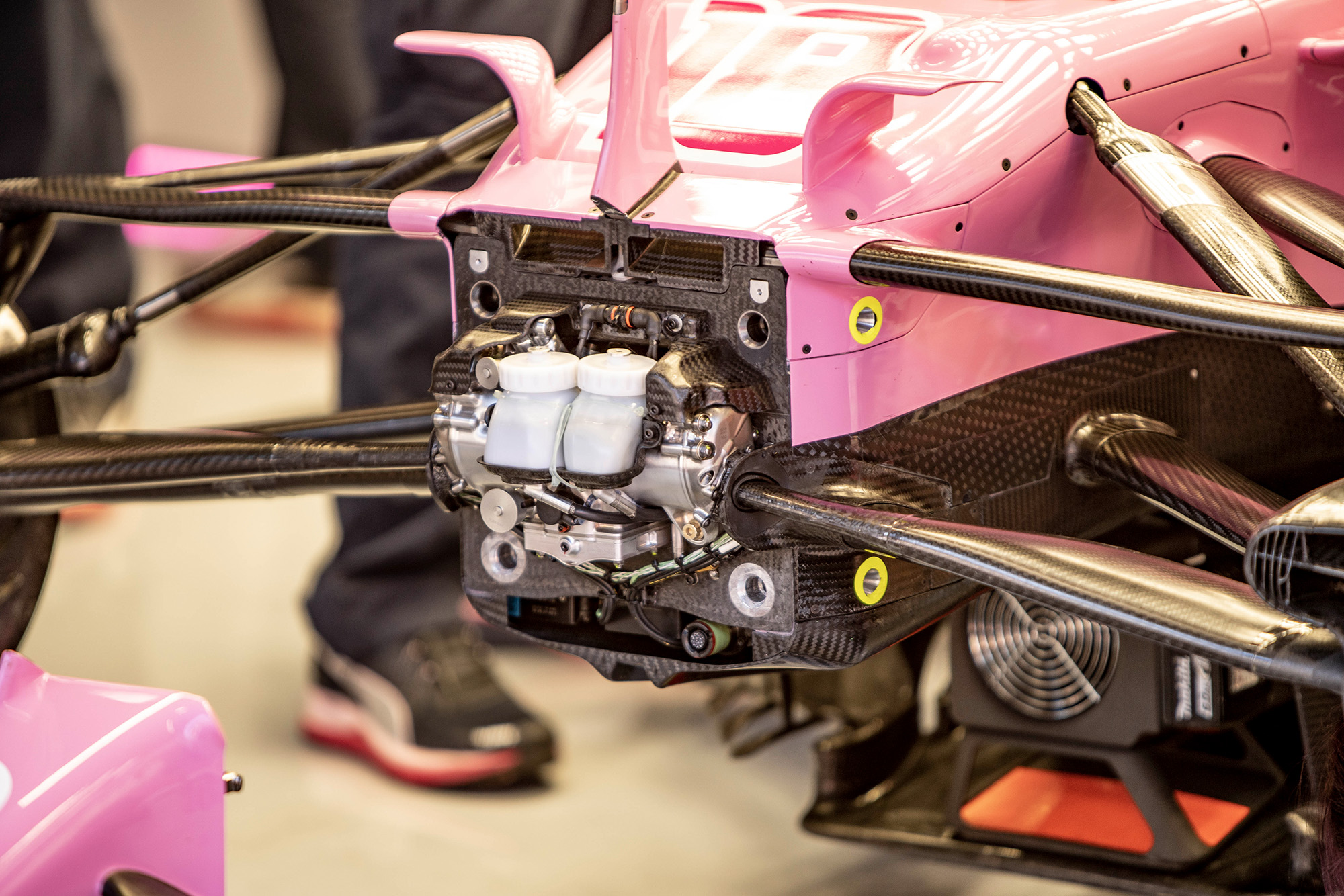 In effect, the RP20 is a copy of the Mercedes W10 bodywork along with elements of its outer suspension, attached to a Racing Point developed core. All of the inboard suspension parts, such as the dampers and suspension rockers, are still designed by the team. There is an option to buy in these parts, as Haas and Toro Rosso do, but Green was adamant the team wanted to retain control in these areas.

Similarly, the cooling system and packaging of the Mercedes power unit in the two chassis is very different. For example, Mercedes has always used a water-air charge cooler to chill its inlet air after the turbo. This is an efficient method, and allows Mercedes to have a more tightly packaged sidepod. It is also fiendishly complex and expensive. 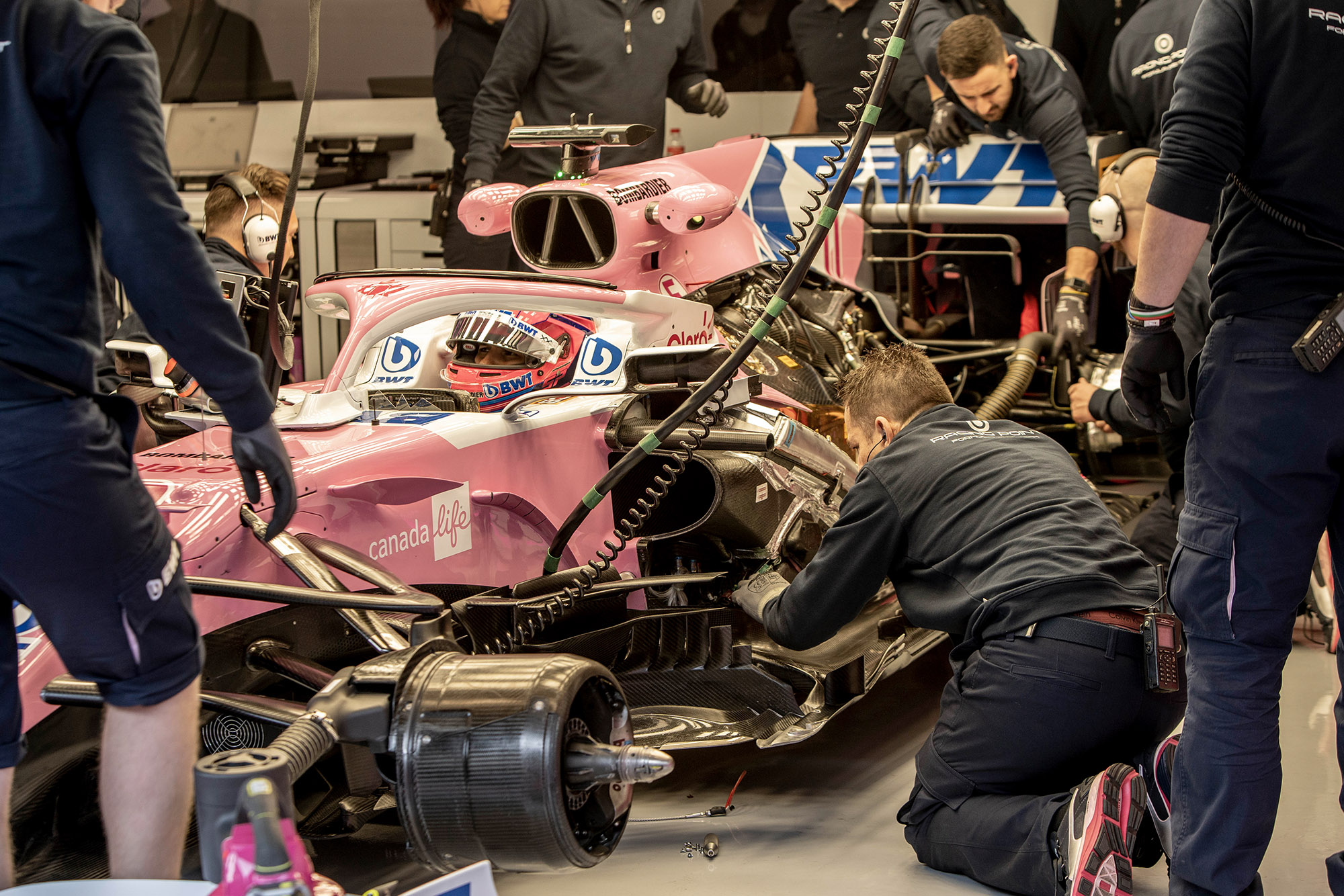 Brake drums and ducts are now bought in from Mercedes

When previously discussing this area of development, Green has always maintained that Racing Point’s approach of using a bulkier, but more cost-effective air-air cooler is the only viable option. This concept has carried over to the new car (regardless of the team’s newfound wealth), which in turn means that the sidepods, while similar to the W10, are very different under the skin.

Green has high hopes for the car, with a post-testing update due for Melbourne, the ideal would be a fast car out of the gate, that does not need extensive development. This would allow the team to focus its efforts on 2021. Though expanding from its Force India days, Racing Point is still a relative minnow.

Where Ferrari, Red Bull, Mercedes et al can relatively easily accommodate parallel development streams for 2020 and 21, with only around 400 personnel, Racing Point still needs to do what it has always excelled at, use its resources as efficiently as possible and continue to punch above its weight.