Renault and Frédéric Vasseur have parted ways, a split that has been a long time coming 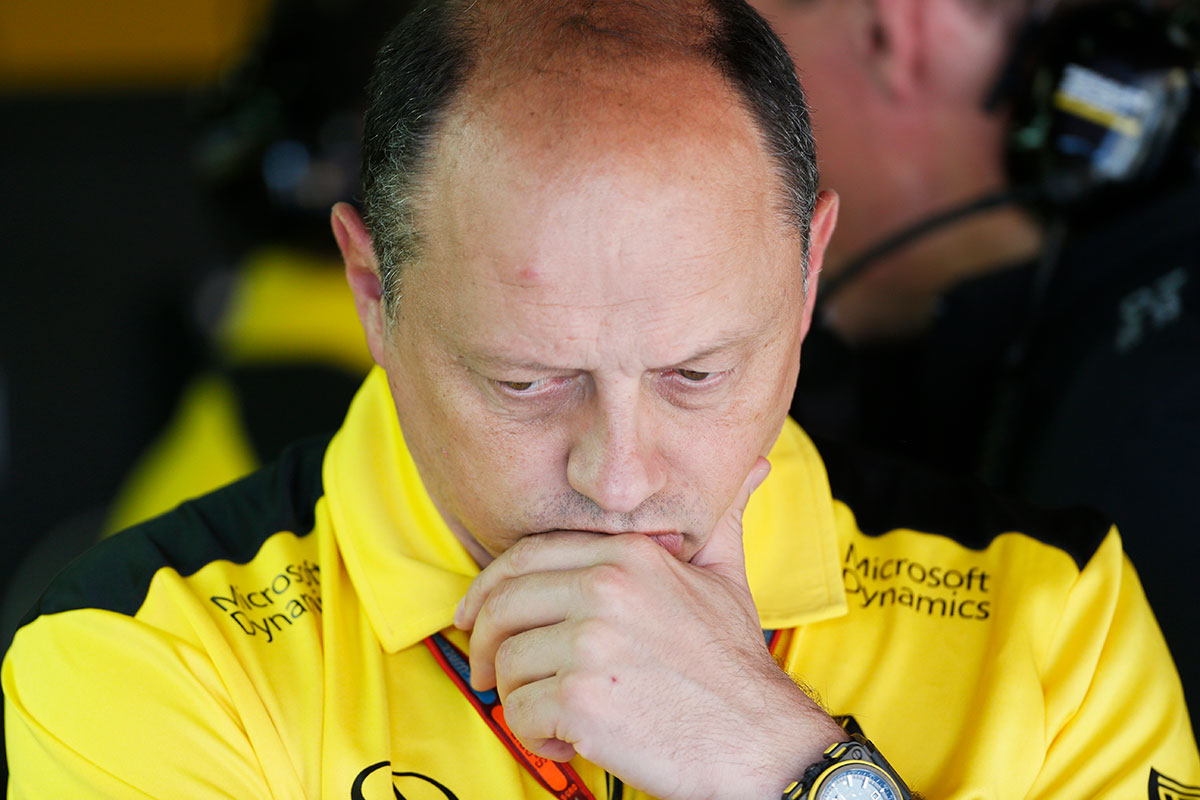 Frédéric Vasseur’s sudden resignation as team principal of the Renault F1 team is just an above-the-surface manifestation of a troubled structure. The reasons for that are largely historical, rooted in the upheaval of ‘Singapore-gate’ in 2009 – when team boss Flavio Briatore together with director of engineering Pat Symonds were obliged to resign after it was revealed that Nelson Piquet Jr’s crash in Singapore ’08 had been deliberate and orchestrated by the team – and in the financial complications of subsequent owners Genii Capital.

The Enstone part of the operation – a very fine and pedigreed racing team labelled initially as Toleman, subsequently Benetton, Renault, Lotus and finally Renault once again – was always run separately from both the parent company and the Viry-based engine department. But its separate ownership during the Lotus years has brought its circumstances badly out of kilter with Renault Sport, facing its own unrelated challenges in the hybrid turbo era.

Six years under Genii ownership, the last two of them under severe financial stress, left Enstone sadly depleted – of quality people and facilities. Just over a year ago Bob Bell rejoined the team (as director of engineering) he had left in 2010 and was dismayed by what he found, as he related to me at the end of last season. “It was sad to see the state the team had fallen into due to a lack of investment just to stay alive over the previous season and a half or more. It was very heartening to see the real spirit and drive that existed among the crew of people that remained to turn that around and bring it all back to life again. But the lack of investment had seen the number of people drop, a lot of casualties, good people. Numbers had fallen, no investment to keep the facilities up to the same sort of standard and nothing to promote and develop the facilities. The infrastructure was pretty much as I’d left it five years earlier, but more run down. So we were sadly lacking rapid prototyping, which is crucial to feeding a very hungry wind tunnel programme [with new car parts]. The team’s CFD’s licences had been expired for months so there’d been zero development. Things like that – and the fact that we were operating with around 470 people rather than the 650 its optimised for – mean you just cannot respond quickly even when you’ve identified what the problems with the car are.”

Concurrently, as Genii was struggling to keep the team alive but unprepared latterly to make the much needed investment, Renault Sport was having its own nightmare with its initial attempts at the hybrid turbo engine formula it had been so keen for F1 to introduce. It had hugely under-estimated the task – and the amount of investment and focus that would be made by rival Mercedes. For an organisation with such a proud history of multiple world championships and milestone innovations – the original F1 turbo, hydro-pneumatic valve springs that in a few short years liberated double the revs from the F1 internal combustion engine, to name just two – it was a deep embarrassment. This was a problem of engineering research and project management – and finance. 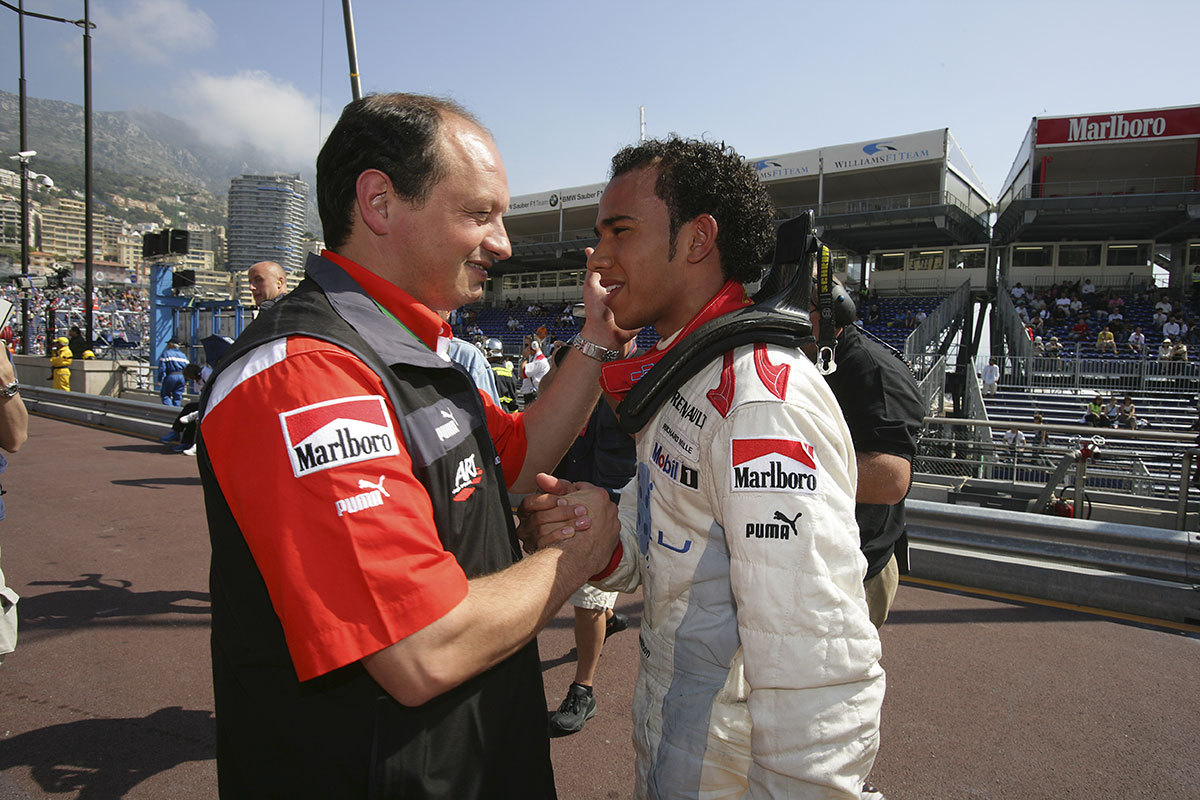 So Enstone and Viry were two separate entities, which for six years had been unrelated to one another, with two sets of very difficult, and very different, problems. As they were each in the midst of those, the two entities were merged to form a monumental management challenge. Cyril Abiteboul had been made MD of Renault Sport in 2014, following the demise of Caterham, where he’d been team principal. His family connections run deep within Renault and he was instrumental in persuading the parent company to go ahead with the purchase of Enstone. When this happened at the end of 2015, he was tasked also with re-integrating the two factories.

Viry – which had not been financially starved in the same way as Enstone or suffered anything like the same brain drain – made good progress with its own particular engineering challenges last year. Its engine closed a lot of the previous power deficit to Mercedes and was vastly more reliable than previously. Enstone, however, was facing deeper-seated problems. Vasseur, with a great record in the junior formulae with the ART team he founded, was brought in to specifically run Enstone.

It was an invidious task. He had the responsibility, but not the power. The latter remained with Abiteboul. Vasseur saw the changes and recruitments he wanted to make, but many met with great resistance from the ‘old school’ within. He pleaded with Abiteboul that he needed to be more empowered, but that was never granted. Speaking with him towards the end of last season it was clear that his frustration was building. It led where it was inevitably going to, with Vasseur making demands that would either be granted or leave him with no choice but to resign.

There is much that is still great about the Enstone team, but the recruitment process in today’s F1 is a very difficult thing, given the long term gardening leave contracts in place everywhere. When the numbers that are needed for recruitment – Vasseur talked last year of needing 40 aerodynamicists – are so big, it’s a very long process for a team that was allowed to run down so far. Getting 40 people would probably be relatively simple, but getting the right 40 people will always be rather more difficult. Hopefully Renault and Enstone will continue their path towards the light this season, but it’s a long haul.