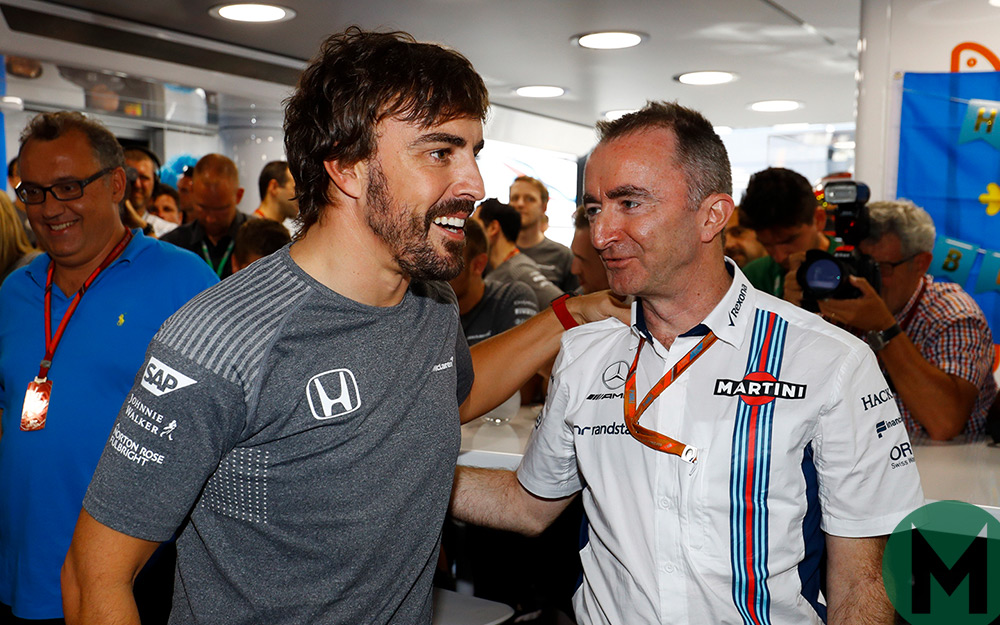 If, as expected, Carlos Sainz is confirmed as a Renault driver in the coming days, we might expect the remaining jigsaw pieces to fall into place. If Sainz has indeed switched to Renault, it’s as part-compensation for Red Bull relinquishing its 2018 contract with the French manufacturer for a supply of engines to its junior team. That leaves Toro Rosso free to take Honda motors, which in turn enables McLaren to take over the available Renault supply. It’s an arrangement that has been all about who pays who – and how much, as explained here last week.

So, does Fernando Alonso now agree to re-sign with McLaren? It would be a surprise if he did otherwise, but a solid proposal is on the table for him from Williams. Either way, he will probably be taking a pay cut. Would Williams-Mercedes be more attractive to him than McLaren-Renault?

Assuming Alonso chooses to remain where he is, what does Williams do? Lance Stroll is a given because of the team’s finances, so does it retain Felipe Massa? The fact that it’s targeted Alonso confirms it is looking for a driver around whom there can be no performance questions, thereby laying bare the car’s actual shortfall, giving the team a focus and urgency that isn’t possible when there are questions around how far off the ultimate its drivers are. There are too many questions around Massa’s ultimate performance for him to be that barometer and his stature doesn’t carry the necessary weight to inject the required energy into the process of highlighting and addressing the team’s weaknesses. Massa has already been talking enthusiastically of Formula E and it would be no surprise to see him there next season. He’s performed a very useful role for Williams in his four years there, appropriate to its circumstances. But it’s time for both sides to move on.

So if not Alonso or Massa, who? Robert Kubica. We understand he has been released from the short-term contract he has been on with Renault since beginning his comeback programme in May – at his request, in order that he might follow up on interest elsewhere for his services (understood to be Williams and Sauber). His performance in the Hungaroring test in the current Renault, whilst good, still left question marks about his fitness level, evident in an inconsistency during the long runs. His ultimate speed, on the other hand, was considered highly impressive. His fastest lap was set with ‘P2 levels of fuel’ – ie around 25-30kg (compared to around 6kg for qualifying) – which suggests his time was actually on a par with that set in qualifying by Nico Hülkenberg, albeit on ultra-soft tyres reckoned 0.3sec faster than the super-softs used for the GP meeting.

For his first effort in a current hybrid car, it suggests the pace is there – as did the best of his laps in the long runs, which actually bettered those set by either Hülkenberg or Jolyon Palmer during the race. But a certain inconsistency suggested that he needed further work on fitness after almost seven years out of an F1 car. With questions still to be answered therefore, it was felt not to be in his interests to put him in a car at a Grand Prix meeting where the spotlight would be so much more intense. The gathering commercial momentum of the Toro Rosso negotiations and how they brought Sainz – long a Renault target – into the equation then further sidelined Kubica’s Renault prospects.

If Kubica can answer those remaining questions after further training time (and only a test at the appropriate time could really do that), he would be the perfect fit for Williams’ requirements; an A-grade ace who will call it exactly how it is.