The Williams Racing team has been sold to a private investment firm, ending 43 years of control by Sir Frank Williams.

Dorilton Capital has taken over ownership of the team that has won seven drivers’ titles, nine constructors’ titles and 114 race victories.

The deal for Williams Grand Prix Engineering, which includes the F1 team, values the business at €152m (£133.5m) and secures its future in Formula 1 for the long term, according to Williams.

It comes days after Williams signed the new 2021 Concorde Agreement, keeping the team racing in Formula 1 through to 2025.

The new commercial rights contract raised the entry price for any prospective teams looking to join the series, raising the value of existing entries.

The new agreement also looks to increase the funds handed out to smaller teams on the grid, with less money now going to the top end of F1 with the aim of closing up the field. 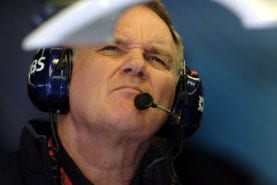 Patrick Head has warned that Williams is in a fight for survival after years without the technical leadership that it needs. In the latest Motor Sport podcast, the co-founder of…

Dorilton Capital is a US private investment firm based out of New York. As per its website, it aims to “recapitalise and support the long-term growth” of its investments. Prior to the £134m deal, Williams recorded a £13m loss for the 2019 season before announcing it was considering identifying a partner to acquire a controlling stake.

There has been a great deal of speculation over who owns Dorilton outright, though Williams’s new owners have kept a low profile since the deal was confirmed.

When the takeover was announced, chairman of Dorilton Matthew Savage said that it wouldn’t erase the Williams team heritage. The team remains at its Grove, UK base and the 2021 livery is a nod to its championship-winning past with the hints of yellow appearing as part of the design.

Following its strategic review and takeover, Dorilton has already started to make moves to restore the team to its former glory, with several key hires already providing some promise.

Ex-McLaren hire and Volkswagen motor sport director Jost Capito has been made CEO of the Williams team and most recently, ex-WRC Volkswagen tech boss Francois-Xavier Demaison joined the team. Acting team principal in 2020, Simon Roberts has been appointed to the role on a permanent basis.

In a Motor Sport podcast earlier this year, the team’s co-founder, Patrick Head, said that the team was “struggling to stay alive” after slumping to last place in the championship for the past two seasons.

“You cannot run an F1 commercially finishing tenth out of ten consistently,” he said, blaming a lack of technical leadership for its recent performances.

Williams announced that it was considering a sale of the team in May. As part of a strategic review with financial advisors, it said that it had reviewed all options on the table for its future and selected the US firm to acquire the team and secure its long-term future.

In a statement on the takeover, deputy team principal Claire Williams said that the investment firm’s acquisition meant that Williams could now focus on restoring itself to competitiveness in F1 without fears over its future.

“The Strategic Review was a useful process to go through and proved that both Formula 1 and Williams have credibility and value.

“We have now reached a conclusion and we are delighted that Dorilton are the new owners of the team.

“When we started this process, we wanted to find a partner who shared the same passion and values, who recognised the team’s potential and who could unlock its power. In Dorilton we know we have found exactly that. People who understand the sport and what it takes to be successful. People who respect the team’s legacy and will do everything to ensure it succeeds in the future. As a family we have always put our team first. 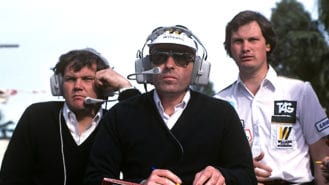 Williams Racing: its 43 years in F1

With the news that Williams Racing has been sold to US investment firm Dorilton Capital, Sir Frank Williams' tenure overseeing Formula 1's third most successful outfit of all time has…

“Making the team successful again and protecting our people has been at the heart of this process from start. This may be the end of an era for Williams as a family owned team, but we know it is in good hands. The sale ensures the team’s survival but most importantly will provide a path to success.

“We are enormously grateful to Dorilton for the faith they have shown in our team and we look forward to working with them now. I would also like to thank the Williams Board and our advisers who have worked tirelessly over the past months to make this happen and our employees who have remained steadfastly loyal.”

Earlier this year, a majority share in the Advanced Engineering division of Williams was sold off as the team looked to raise funds to ensure it could continue on in F1.

The team also lost title sponsor ROKiT before the delayed season could get underway, with the ROKiT group reportedly the party that was responsible for the termination of the deal.