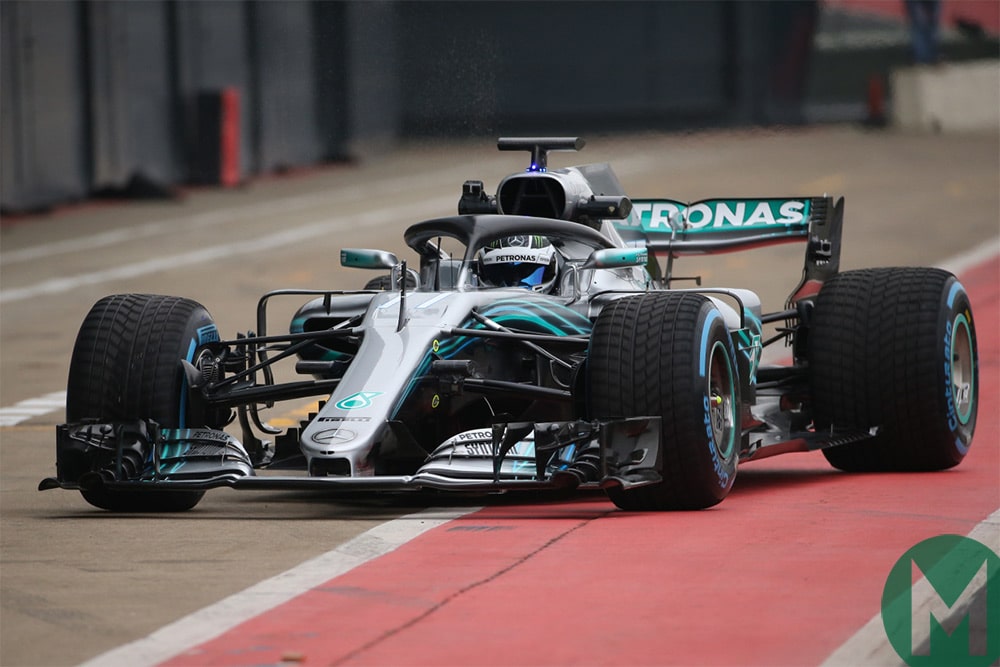 Mercedes team principal Toto Wolff criticised the halo and said that four-time champion Lewis Hamilton is “hungry” for another title at the manufacturer’s launch on Thursday.

“If you gave me a chainsaw we would take it [the halo] off,” said Wolff. “What we have implemented is not aesthetically pleasing – it screws up the centre of gravity. Yes, you can put a bus on top but it’s a Formula 1 car.”

At the launch, Wolff praised the W09’s narrow profile and said it would mitigate some of the W08’s negative characteristics, particularly its peaky performance and the difficulty engineers faced when setting it up.

With defending champion Hamilton at the wheel, Wolff said that he was “ignoring the haters,” when it came to his star asset. Above all Mercedes wants to extend his contract.

“For me, Hamilton is the personalisation of hunger. All these years, he’s extremely motivated coming back after winter break. I don’t see any lack of motivation.

“There’s so much crap on social media, what’s here today is gone tomorrow. We’re ignoring the haters. We spend a lot of time on the phone with Lewis and we have an ice driving experience… he’s in good spirits. It’s important to cover all angles [of the contract]. For a long time, we wanted to talk about extending [Hamilton’s] contract,” continued Wolff.

While Mercedes has won every title in the hybrid F1 era, Wolff admitted that his team’s long-term dominance has damaged the spectacle.

“We saw it with Ferrari and Red Bull. Then Mercedes. What’s most healthy is a very competitive environment where multiple teams can win, and the championship goes to the wire, to the final race. These are the ingredients F1 needs, but it’s not the objective of this group here today. We try to optimise on what we are able to deliver, and we can’t, from where we sit, have a holistic approach to the global spectacle.”