“I really hope that Mercedes don’t block his opportunity at Williams. That would be a great, great shame.”

The Red Bull team principal has two seats in his own team and two seats at AlphaTauri, but before Alex Albon’s move to Williams was confirmed he claimed it would have been Mercedes that was blocking Albon’s return to the Formula 1 grid if he didn’t get the seat.

His comment slightly overlooks the fact that Red Bull had deemed Albon not worthy of a return to either of his previous teams. But then there is a lot that seems slightly strange about where drivers end up at present.

It doesn’t just look like Albon who will be at an outfit with no obvious links to his parent team, with Alpine junior Guanyu Zhou understood to be a frontrunner for the final vacancy at Ferrari-powered Alfa Romeo. And that comes after Mercedes Formula E Champion Nyck de Vries was linked with that slot. 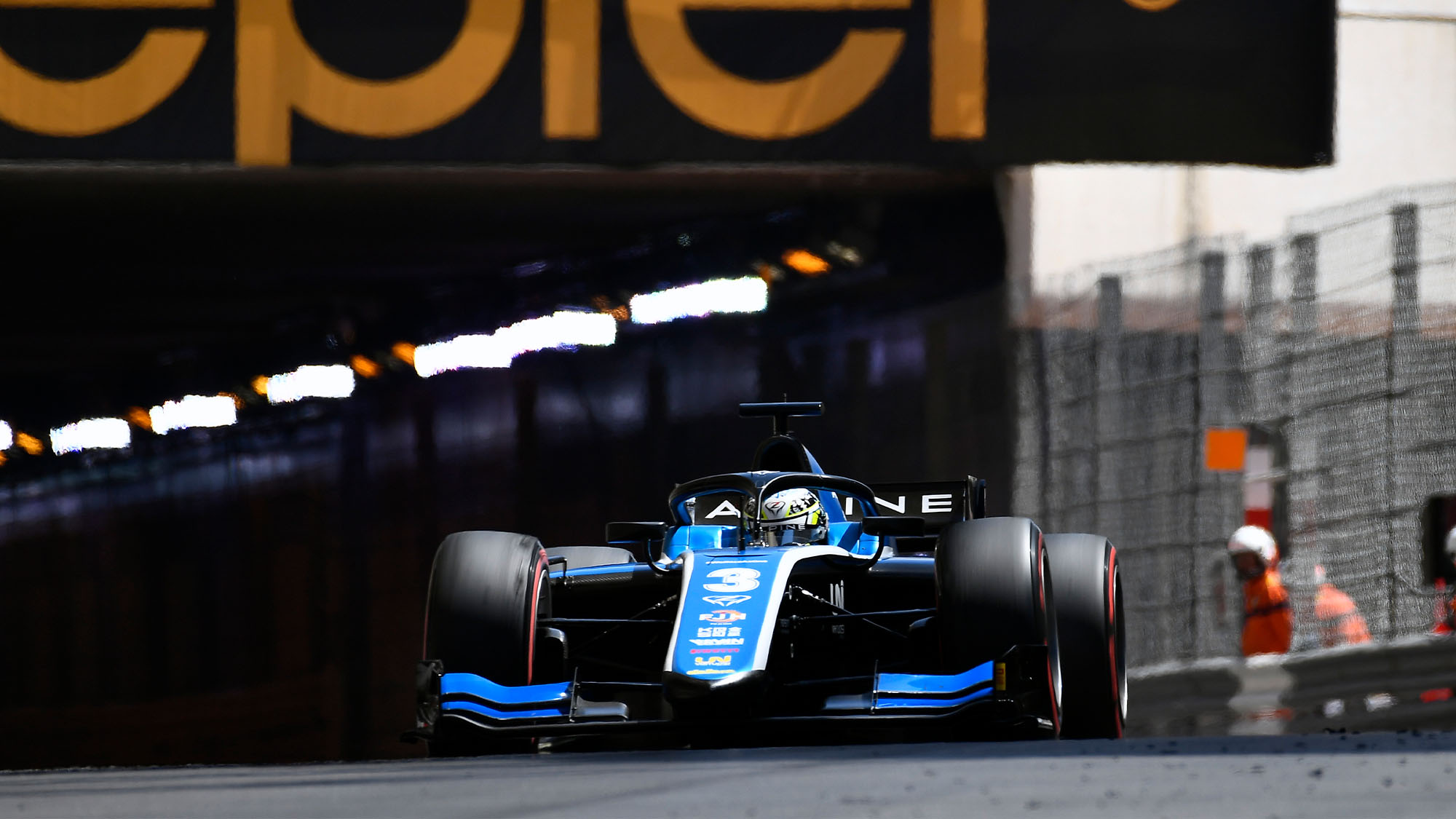 But what those moves highlight is just how hard a number of teams are willing to work to get their young talents into Formula 1 seats.

It’s only right at this stage to point out what Mercedes did for George Russell. The move to Williams came with financial support in terms of the way his contract payments were structured, and with Williams wanting continuity if it was going to give experience to an inexperienced prospect, a three-year deal was agreed.

That meant when Mercedes had a real interest in promoting Russell alongside Lewis Hamilton last year, it wasn’t as simple as moving him without other considerations, because there was a valid contract in place. And it was a valid contract that had shown the faith both Mercedes and Williams had in him.

It was a much more traditional partnership in the sense that Williams takes Mercedes powertrains (and from next year, gearboxes) so that tie-in provides a link between the driver and his parent team.

That’s something that is still prominent at Haas, where Mick Schumacher is the Ferrari junior in a Ferrari-powered team. Team principal Guenther Steiner is never one to avoid a straight answer when he sees no reason not to, and confirms exactly how that partnership works from his perspective.

“We have an agreement between the two of us, but I cannot go into what is exactly is in the contract,” Steiner says. “But we have agreed that we take one of the Ferrari drivers.”

It was Alfa Romeo that had that sort of relationship in the past, but the fact Antonio Giovinazzi could be out of a seat this year in order to make space for a junior from another team shows how that situation is changing. 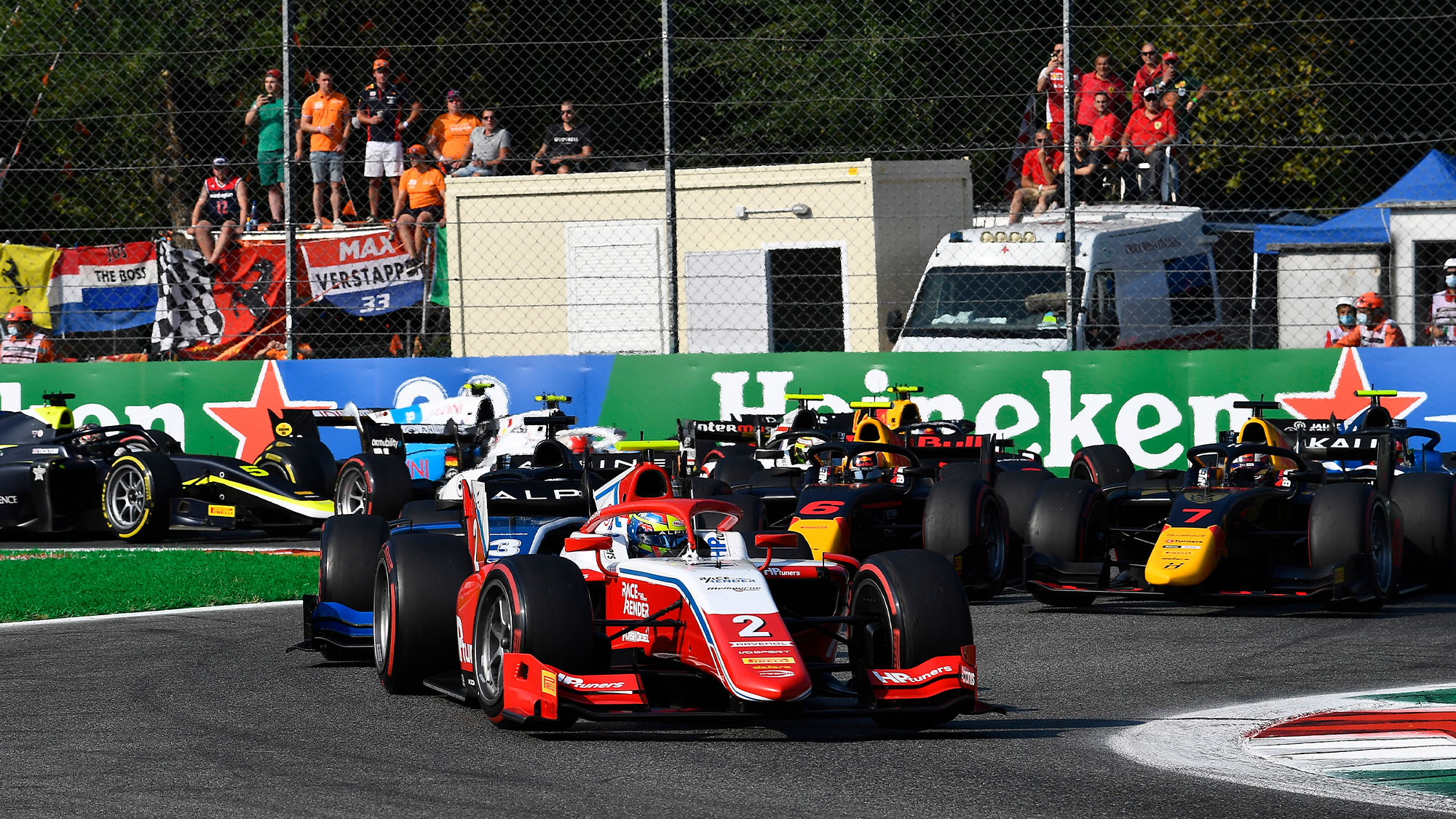 Oscar Piastri has dominated junior formula in recent years, but appears there’s no obvious route to F1 for the youngster

Mercedes, Ferrari, Red Bull, Alpine – there are so many academies linked with big constructors’ and not enough obvious teams to place the drivers in that they have to get a bit creative.

Albon’s move to Williams is likely to provide a similar financial set-up to that of Russell before him, but it also opens doors for the now Dorilton-owned team. No partnership is permanent and if Williams were to move away from Mercedes power in future then they’re smart to have existing links.

As a power unit manufacturer from 2022 onwards – one that might be able to attract a major OEM to support it – Red Bull is one such connection that Williams now has. In a new era when F1 hopes to close up the grid, it also ensures there are no ties to one specific team that could complicate matters from a racing perspective. Russell was told by Wolff he should have been more careful trying to pass a Mercedes at Imola this year, after all…

But it’s obviously not all about Williams, either. On Red Bull’s side, a driver it still believes has potential gets another shot at F1 in an environment that young talents have been able to thrive in recently, and the direct link to another team could also open avenues for a bigger partnership in future as it embarks on its power unit journey.

You could look at Zhou and Alfa Romeo in the same way. If Alfa is indeed being replaced as the closest Ferrari partner, then it might be open to a different power unit supply deal in future. Alpine is one of the existing three options if it does explore that route, but if not then there’s a team that wants its driver to get F1 experience – which could prove lucrative to Alfa – and Sauber junior Theo Pourchaire is not in the frame for another year so Zhou could fill that gap. 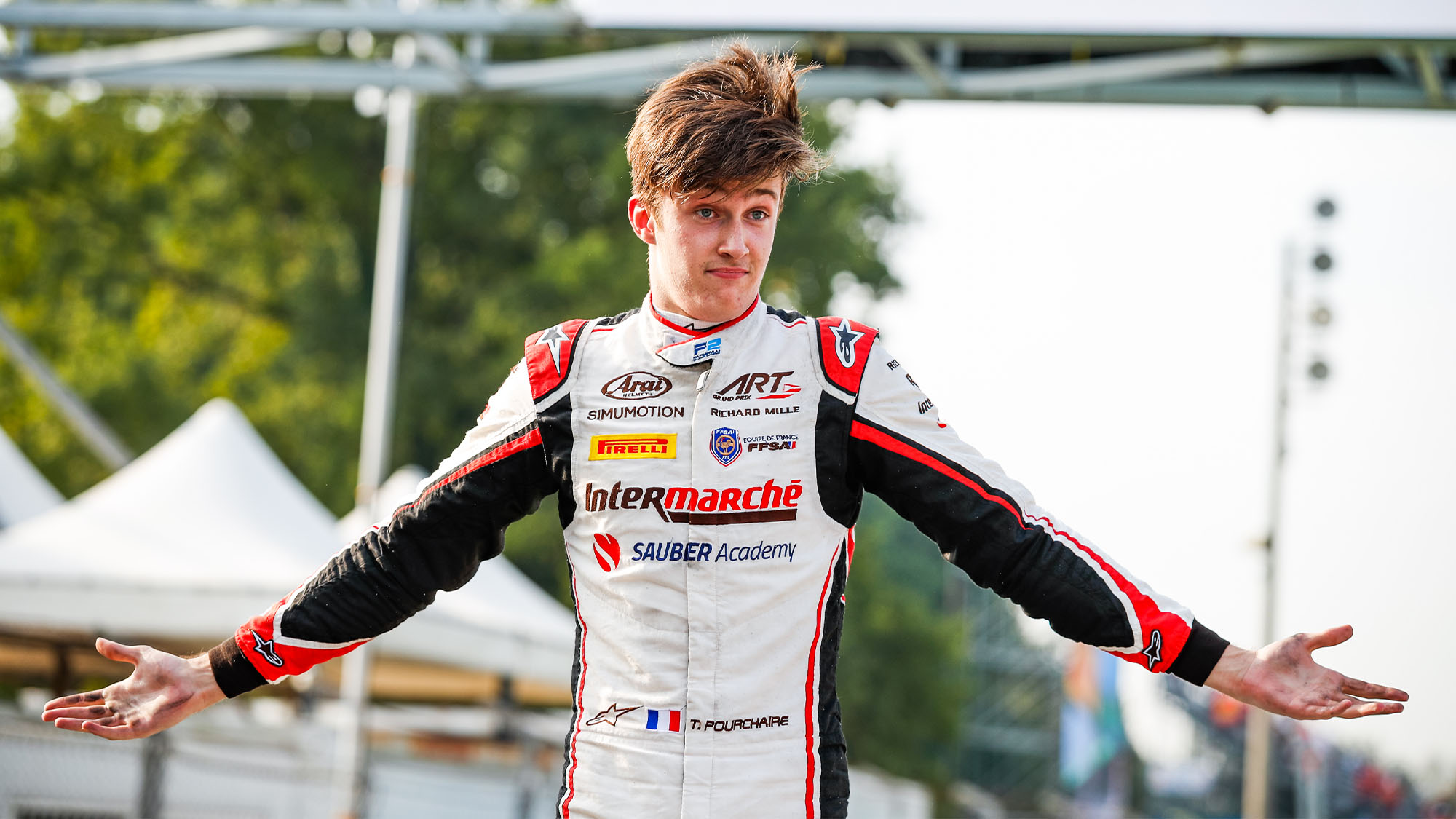 Pourchaire could have forced his way into the frame with a Formula 2 title win this year but that looks unlikely, and his rise has been so meteoric that an extra season of preparations looks to be the right approach. But amid the complexity there are also a number of extremely talented drivers that are missing out on F1 seats right now.

De Vries looks set to be one – having won Formula 2 and Formula E in the past three years – and Callum Ilott is another as he heads to IndyCar having never got a shot on the F1 grid. Robert Shwartzman’s progress has stalled slightly, but he too was expected to be right in the frame until teams started looking outside their existing partnerships to find seats.

Perhaps the biggest loser in all this appears to be Oscar Piastri, who is edging closer to a remarkable record of Formula Renault, Formula 3 and Formula 2 champion in consecutive seasons. The latter coming alongside the more experienced Shwartzman and without regulation changes to level the playing field would be a real feather in his cap, but Alpine has been putting its weight behind Zhou for commercial reasons.

It shows just how competitive the fight for seats is, especially when you look at the ongoing performance of the experienced guard – Hamilton, Sebastian Vettel, Fernando Alonso et al – alongside the recent influx of sensational talents in the form of Russell, Lando Norris, Charles Leclerc and even Max Verstappen. 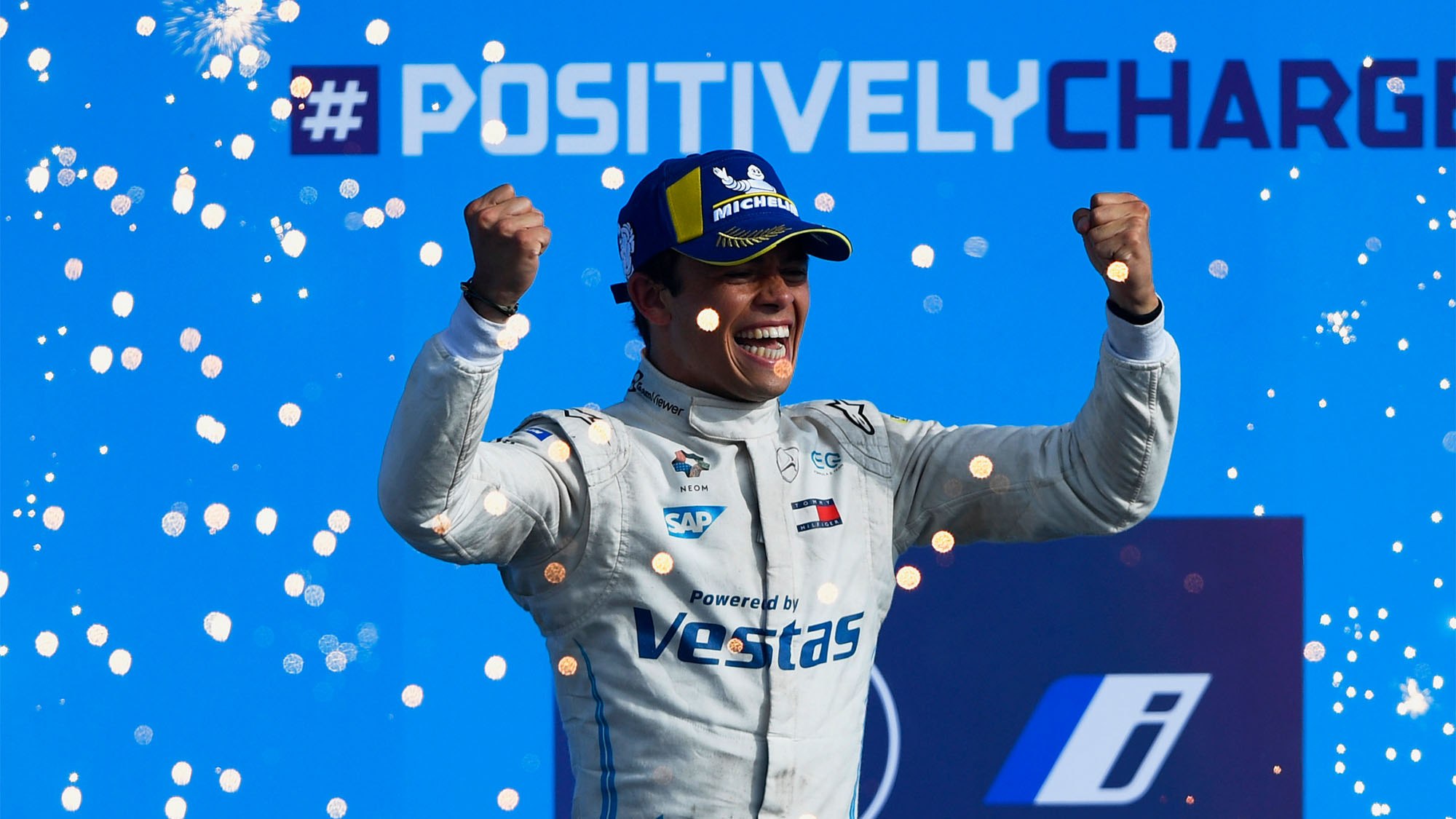 Two titles in three years for de Vries, but no F1 seat it seems

The grid is stacked. There are so few vacancies and even fewer that need to prioritise money, that the big teams need to almost give their most talented drivers up to gain them experience, relinquishing an element of control in the way Mercedes did with Russell for three years and Red Bull now has with Albon.

The way the young driver programmes have to operate is changing, and while there’s always going to be winners and losers, it’s making for some fascinating solutions.