They dish out the same number of points for every race on the calendar. But for the drivers some races are more important than others. A win at Monaco, Monza – or Silverstone: they’ll always mean more than a victory in Shanghai, Istanbul – or Valencia.

Sebastian Vettel dominated the European Grand Prix on the anodyne Spanish port circuit last weekend, and he had every right to take great satisfaction from the win. It was another consummate performance by this wonderfully gifted young man. But ask him in 10 years time to recall the days that stand out and I doubt this will be one of them. The same sort of unchallenged victory would mean something at Monaco. But here? It’s just another haul of 25 points. 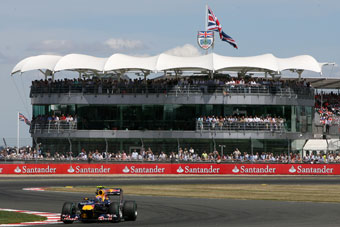 The next GP will be different, and not just for Vettel. Sebastian has won at Silverstone before, of course. In 2009 he scored the third GP victory of his career at the old airfield track, becoming the youngest ever winner of a British Grand Prix. He knows how sweet it feels to win at a place with real history (despite being almost unrecognisable from how it used to be). Lewis Hamilton understands. So does Mark Webber. Jenson Button? Well, he’s desperate to join that elite club. The British GP is worth more than 25 points.

Jingoism on our part? I don’t think so. We like to think that Motor Sport has a broad outlook and doesn’t stoop to national bias. But at the same time we’re proud to be a British magazine and it’s only natural that our home GP should hold a special place in our psyche for us.

It’s that dear familiarity and shared experience of Silverstone, Brands Hatch and even Aintree (at least for the older contributors!) that inspired our A-Z of the British GP, the cover story of the August issue that is on sale now.

It was fun putting it together, and for those of you who never miss a British GP (and I know there are many), we hope the alphabetic guide will ring a few bells. Essentially, it’s a celebration of everything we love (and perhaps less than love…) about being a motor racing fan.

Perhaps you might have your own suggestions of British GP staples. To give you a taster, the entry we came up with for K is Keke’s lap. R is for Red Arrows. U is for Useless PA systems – and so on. Fancy getting into the spirit ahead of this year’s race? We look forward to reading your suggestions.

And for those of you who count another GP as ‘home’, we hope the A-Z will offer a few universal home truths about the experience of fans whatever part of the world you live in. We’d love to hear what you associate with your own GP, whether it be Interlagos, Monza, Melbourne, Montréal…

Elsewhere in the August issue, we continue the British GP theme by asking three past winners of the race – Damon Hill, Johnny Herbert and John Watson – to give their verdicts on the F1 season so far, and what to expect at Silverstone and beyond. Three guesses whom they expect to win on July 10…

As usual, it’s not all modern F1 in Motor Sport. We head back 25 years to recall Henri Toivonen, rallying’s greatest cult hero. He and co-driver Sergio Cresto perished in a terrible accident in Corsica back in 1986 that not only robbed us of a gigantic talent, but also spelt the end of the wonderful – but deadly – Group B monsters. Anthony Peacock returns to Corsica to visit a corner of the beautiful island that will be forever Finnish.

As well as all that Eoin Young completes his story about his first season trekking round the European racing scene 50 years ago; Simon Taylor lunches with former BRM team manager Tim Parnell who gives his unique insight into the racing world of the 1950s through to the ’70s; and Mat Oxley hits the road on Norton’s retro café racer, our first motorcycle test of 2011.