Part of the supporting cast for Formula 1, the FIA Formula 3 championship is one of the main hotbeds of talent in single-seater racing.

The series will feature on the undercard of F1 weekends at several races this season, and plenty of open-wheel stars have already passed through its ranks, collecting a championship along the way.

There are plenty of F3 categories around the world, but FIA F3 is the governing body’s anointed stepping stone between regional F3 championships and Formula 2.

Formerly known as GP3, the series has featured many familiar faces since its first year of operation back in 2010 and has supported F1 events ever since.

The likes of Valtteri Bottas, George Russell and Charles Leclerc have been F3 champions in the past and one of the 2021 rookies, Yuki Tsunoda, tasted victory in the series back in 2019.

What is FIA Formula 3?

The third rung on the FIA single-seater Global Pathway below F1 and F2, Formula 3 is an international support series and serves as a crucial championship for young drivers making their way up the motor sport ladder

Success in the series can often lead to a direct promotion into Formula 2 with all of the support races happening under the watchful eye of the F1 paddock on race weekends. 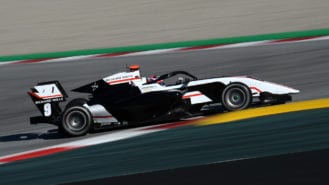 Alpine F1 has announced three reigning champions in its young driver line-up that makes up its junior academy in 2021. Four drivers who were with the team in its Renault…

In 2021, due to the impact of Covid-19 on schedules, the F3 championship will have three races per weekend and will alternate its F1 support with Formula 2 on alternating weekends.

The two sprint races will take place on the Saturday of the race weekend before the final feature race precedes the F1 main event on the Sunday morning.

What’s the difference between F1, F2 and F3 cars?

In F3, all cars are identical with the series currently using the Dallara F3 2019 chassis fitted with a V6 Mechachrome engine.

F3 uses a non-turbocharged version of the Mechachrome engine and produces 380bhp versus the F2 version that’s capable of 620bhp. It also retains 13-inch wheels whereas F2 moved to 18-inch rims in 2020 to aid Pirelli in research on the effects it has on tyres ahead of F1’s move to larger rims in 2022.

The impact of Covid-19 has taken hold in the F2 and F3 championships. The 2021 season will not have both series on the support bill at most F1 weekends. Instead, the two supporting series will alternate race weekend appearances.

Unlike Formula 1, F2 and F3 have three races per race weekend this year, with a single feature and two sprint events. Practice and qualifying takes place on Friday. Races one and two will take place on Saturday as part of the new format, with race one lasting 40 minutes with the grid set by the top 12 from the practice results reversed on the grid. Race two will then invert the top 12 finishers so that first place starts twelfth and vice versa.

Race three will pay out full points and use the results from Friday qualifying to set the grid. Sprint points go from 15 points for first, 12 for second and 10 for third then dropping from 8, 6, 5 through to 1 point for fourth through tenth. Feature races pay out the same points as a normal Formula 1 race from 25 points to the winner and one for 10th.

Who is the best F3 driver? 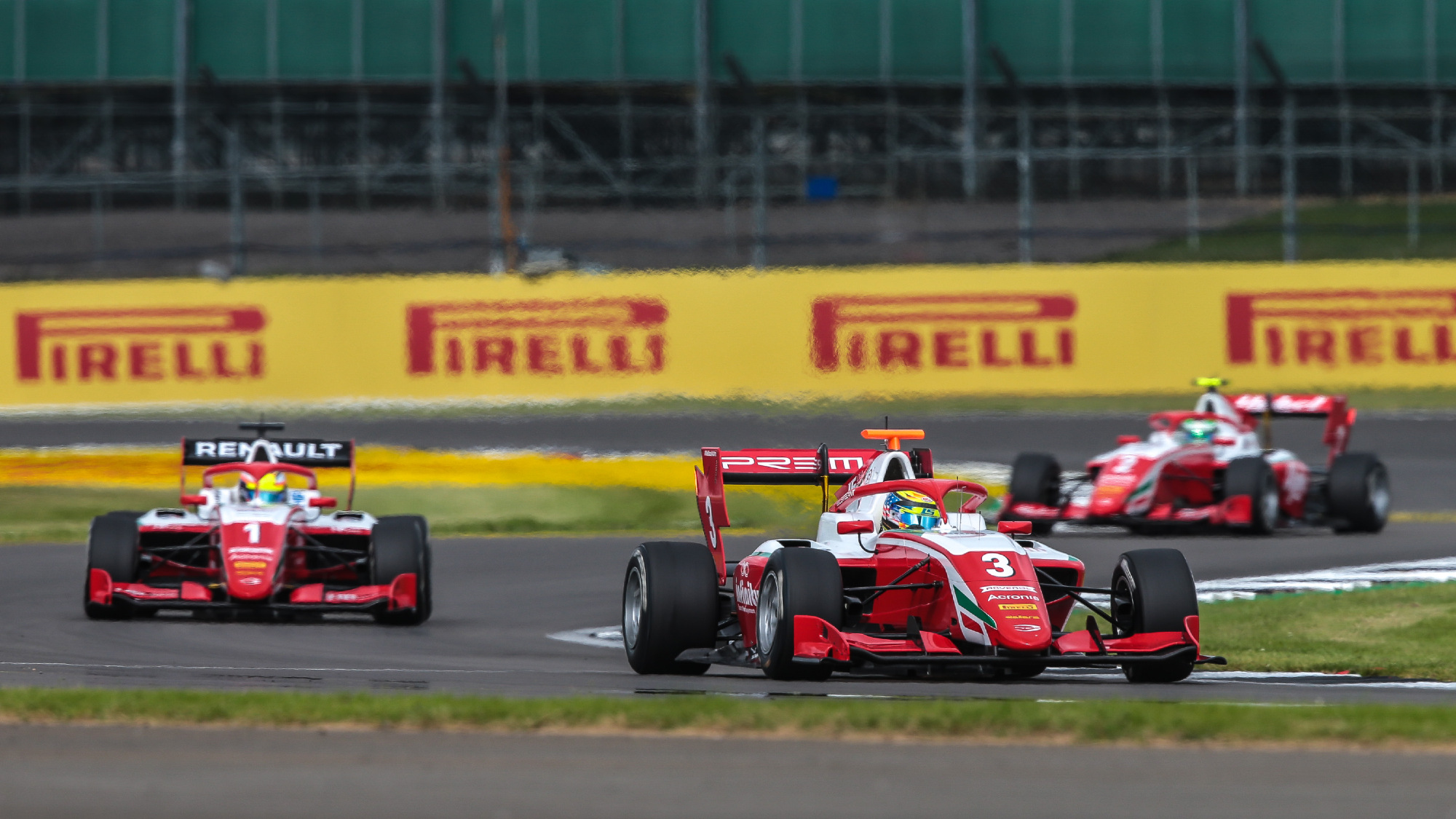 Reigning F3 champion Oscar Piastri has made the step up to Formula 2 for the 2021 season, though there are a few familiar names back again from last year. Mercedes junior talent Frederik Vesti scored three race wins in 2020, finishing the season fourth in the championship in his first season. The Danish driver has a Formula Regional European title (FREC) to his name as well and could be one of the faster drivers on the grid this year.

The younger brother of Charles Leclerc, Arthur, will step up to F3 from FREC after narrowly missing out on the title to former Ferrari Driver Academy stablemate Gianluca Petecof. Leclerc’s 2021 F3 season will be his fourth in single-seater racing and the Monegasque is yet to finish outside of the top five in any series he’s competed in.

Another F1 academy driver could be quick from the outset. Red Bull junior Dennis Hauger has a year’s experience in the F3 championship after 2020, scoring one podium with Hitech. For this season though, he’s moved across to Prema Racing which has provided the champion for two season’s running and has a 100 per cent record since the series morphed from GP3 to F3.

What to watch out for

One of the main stories to watch out for is Juan Manuel Correa’s return to single-seater racing after his major accident at Spa-Francorchamps in 2019 and Anthoine Hubert’s fatal crash.

The Ecuadorian-American driver has documented his recovery from fractures to both of his legs and a minor spinal injury on social media and will race for ART this season.

Prema has been the team to beat in both seasons of FIA F3 so far, and there’s no sign of that not being the case in 2021. It has an impressive driver line-up as well with Leclerc and Hauger set to battle it out at the sharp end, though there will be many on the grid determined to become the first non-Prema champion in the F3 era. 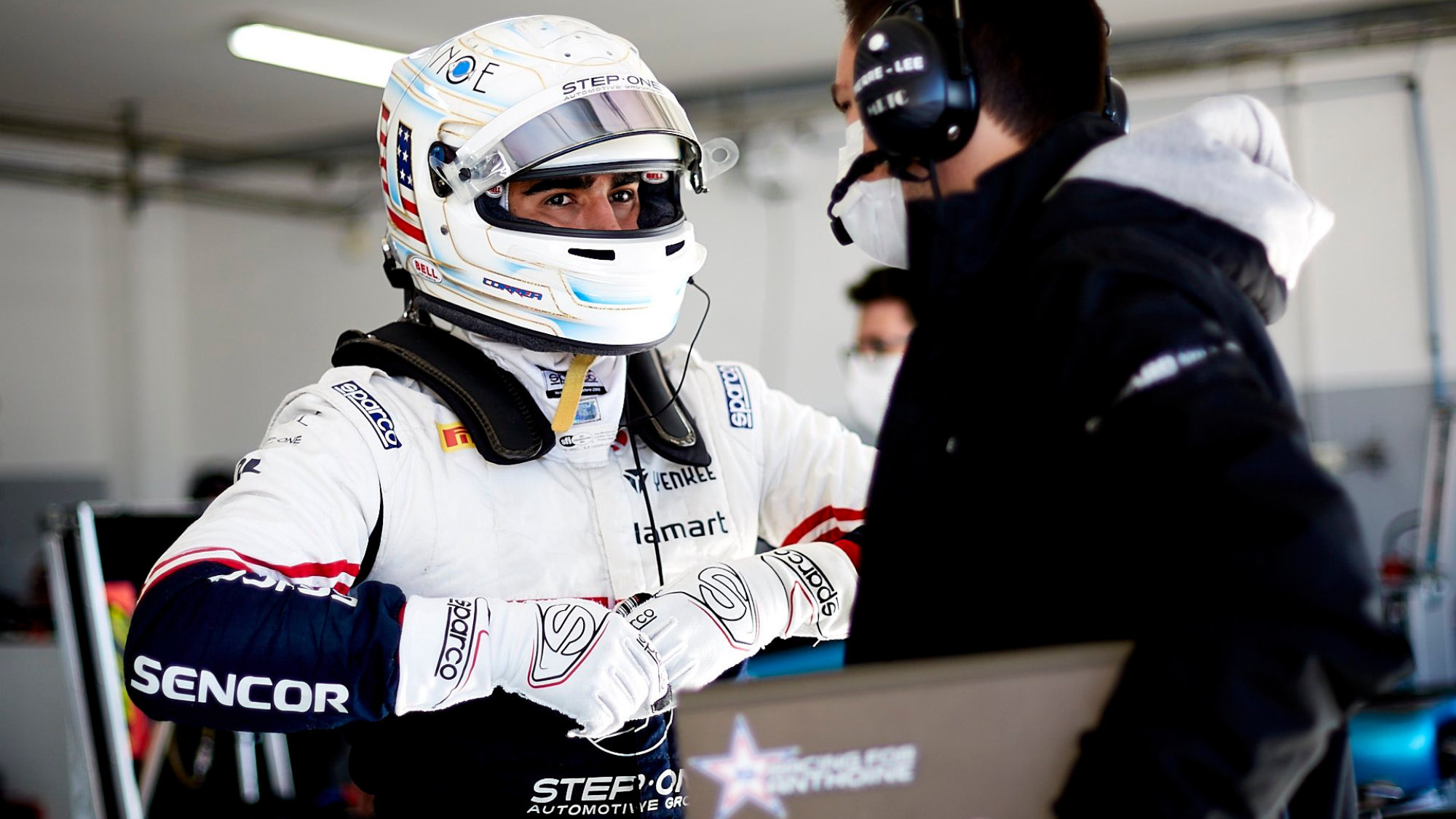 How to watch FIA F3

The F3 championship is broadcast by Sky Sports F1 in the UK as part of its Formula 1 package and sessions will usually precede the F1 action. Feature races usually take place an hour after F1 qualifying as finished.

Highlights of the series are available on the official F1 channel over race weekends.