It’s been a really busy few weeks for me with plenty of flying around. I had the European Le Mans Series race at Imola followed by F1 TV duties in Qatar, the launch of the Mahindra Racing Formula E driver line up, the official prologue test for the Le Mans 24 Hours and the first shakedown run in the Formula E car. 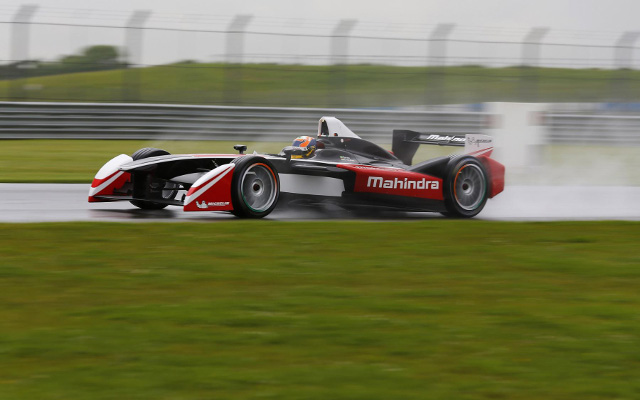 There’s been a lot of interest in the new Formula E series, both from people within motor sport and from outside. Everyone’s been really intrigued about whether it’s going to take off or not, how the cars will sound, what speeds will they do, how the circuits will be and who will be driving them.

The people involved in the series are serious players who know what they’re doing. The FIA has given the series it’s full backing and with 10 teams all signed up, workshops and first cars delivered on time and a first test with 10 cars on track – so far, so good. 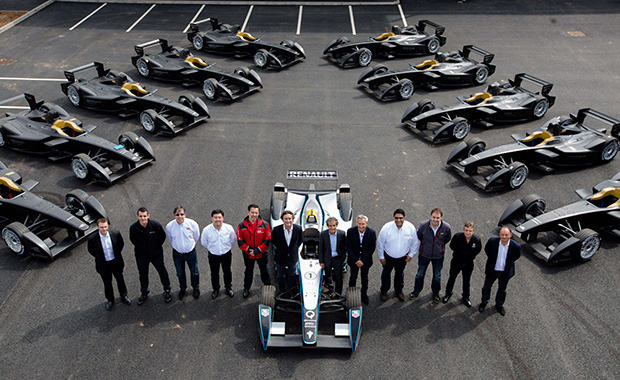 The teams take delivery of their cars at Donington

Formula E is very clear that it is not going to be compared to GP2 or F3 or anything else. It is not a feeder series to Formula 1, nor does it want to be. It’s a totally different way of going motor racing and its target audience is not F1 or sports car fans, but technology lovers. The reality is that the whole automotive world is changing and hybrid and electric car programs are now being done by every single big manufacturer on the planet. Therefore the timing of the Formula E series is very good.

Beyond this, governments, sponsors and the public are all looking at eco-friendly green programs more favourably and this makes it very appealing for the cities to host the race events. Running on city streets rather than on race circuits an hour or two outside the major cities means that the racing is being taken to the people rather than the other way around. For someone to just take a cycle or a metro to the event rather than deal with traffic jams and parking hassles on top of the commute will hopefully make it very appealing.

I’m very excited to be at Mahindra Racing this year. People within India obviously know how big Mahindra is, but I have no doubt that Formula E will go a long way to help build up the brand globally. Mahindra is a serious engineering company and what a lot of people don’t realise is that the Formula E program is very much an engineering exercise and not just a marketing one. 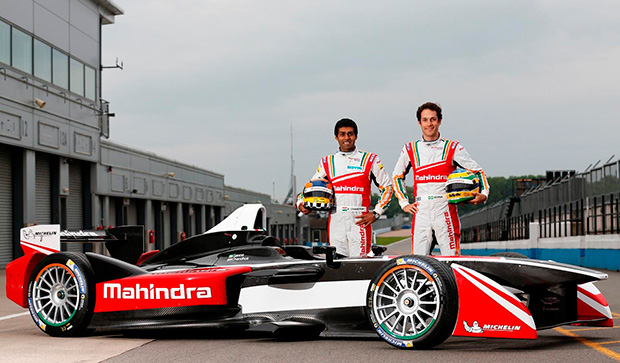 The group’s electric car company, Mahindra Reva, is very actively involved with our race team, with data, information and ideas constantly flowing back and forth between Bangalore and the Donington Park HQ. In due course, when the rules permit, Mahindra will become a manufacturer team with batteries, motors and gearboxes built in India coming to the race car. This will be the first genuine Indian car racing team, led by Indians, built by Indians and driven by Indians.

That wasn’t the only attraction to Formula E for me though. I want to learn about the world of electric powertrains because if you look at sports cars or F1, everyone’s got one. If I can learn how to develop a system from the ground up with a new team, it would really help me grow as a driver. Also, the challenge of doing street races is something I’ve always loved and having 10 new street circuits to race at sounded like a fantastic challenge.

There are a lot of differences between driving an electric race car and a conventional one. First of all, you can’t really hear anything but the wind noise when you’re driving it so you lose one point of reference from the driving experience. The torque from the motor is instant and so driveability is critical but on the flip side, gear choice isn’t as important as it is in other cars. 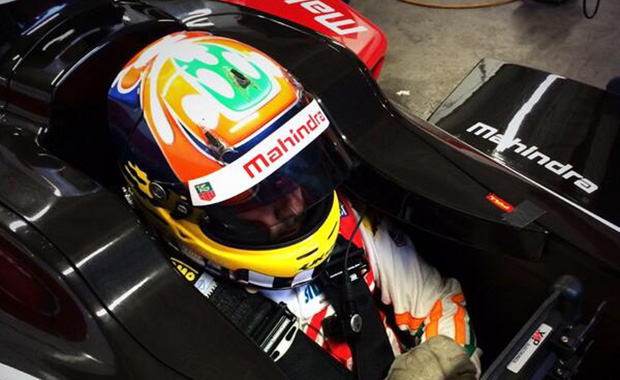 The workload in the cockpit is going to be huge for the drivers with the races being won and lost depending on energy recovery. There are so many options with energy regeneration it’s crazy – regen when you lift off, regen when you brake or regen when you apply negative torque to the motor.

While sports cars and F1 cars have live telemetry and electronic brake balance control, we’re going to be working it all out ourselves on track with multiple maps and options to choose from. On short, twisty circuits, the torque will make the cars good to watch as they will twitch around a lot and with huge options in terms of strategy for power re-charging and usage, we are going to see some great racing even on the narrow confines of a street track. Bring on Beijing in September!