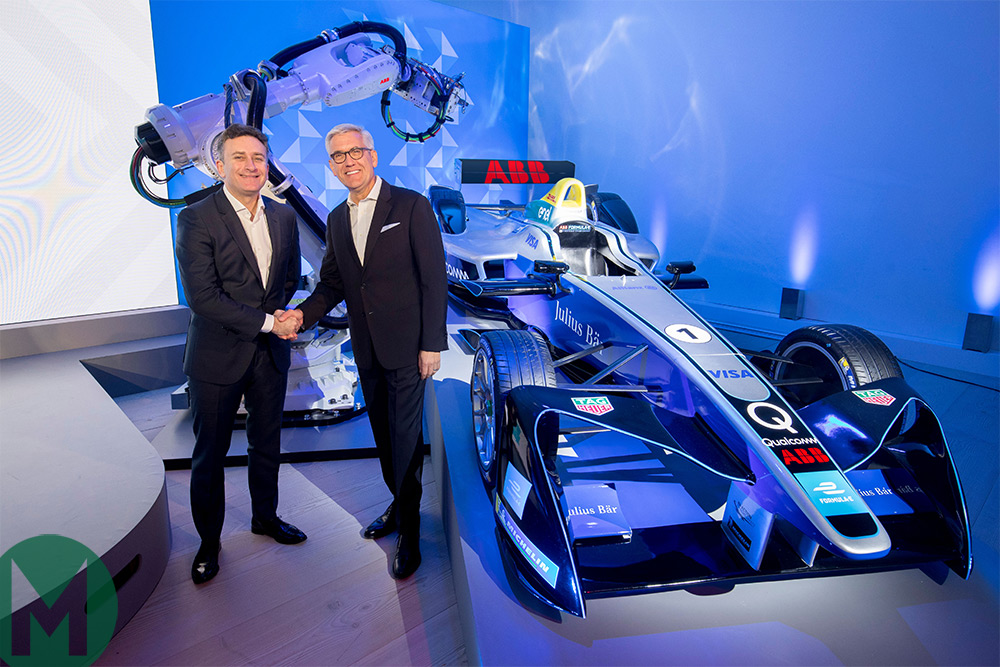 Formula E has announced a multi-year title-sponsor partnership with Swedish/Swiss multinational industrial electronics company ABB. The championship, which has subsequently renamed itself to the ABB Formula E Championship, boasts the only title sponsorship deal for an FIA single-seater racing series.

“This is a historic day for Formula E and I’m honoured to welcome ABB as the title partner of the series, with its background and expertise in the field of electrification and digital technologies,” said FE founder and CEO Alejandro Agag at an event in London.

“Our two companies are synonymous with pushing the boundaries of what is possible. Together, as partners, we will showcase breakthrough technology on a global scale to fans and consumers who follow the ABB FIA Formula E Championship.”

FIA president Jean Todt added: “Formula E continues to grow and in addition to its sporting and technical success, the tremendous level of excitement surrounding this new FIA discipline is tangible.

“Today’s ABB announcement as the title partner is a strong sign and proof of the attractiveness of this championship, which is still in its infancy. The mobilisation of major economic powers around the pillars of this discipline – new technologies, electric mobility and sustainable development – is a very good sign and something to be excited about. This contributes to the development and expansion of Formula E.”

ABB, which operates in more than 100 countries with more than 100,000 employees around the world, was founded as a lighting and power company in 1883, and is now the world’s largest supplier of electricity grids. The company has a major interest in automation and robotics, with a division in electric mobility. Notable projects include Solar Impulse, the world’s first solar-powered flight around the world, and rapid car-charging infrastructure.

“We are extremely excited to partner with Formula E in writing the future of e-mobility,” said ABB CEO Ulrich Spiesshofer. “Today, two pioneers are uniting: ABB and Formula E, a natural fit at the forefront of the latest electrification and digital technologies.