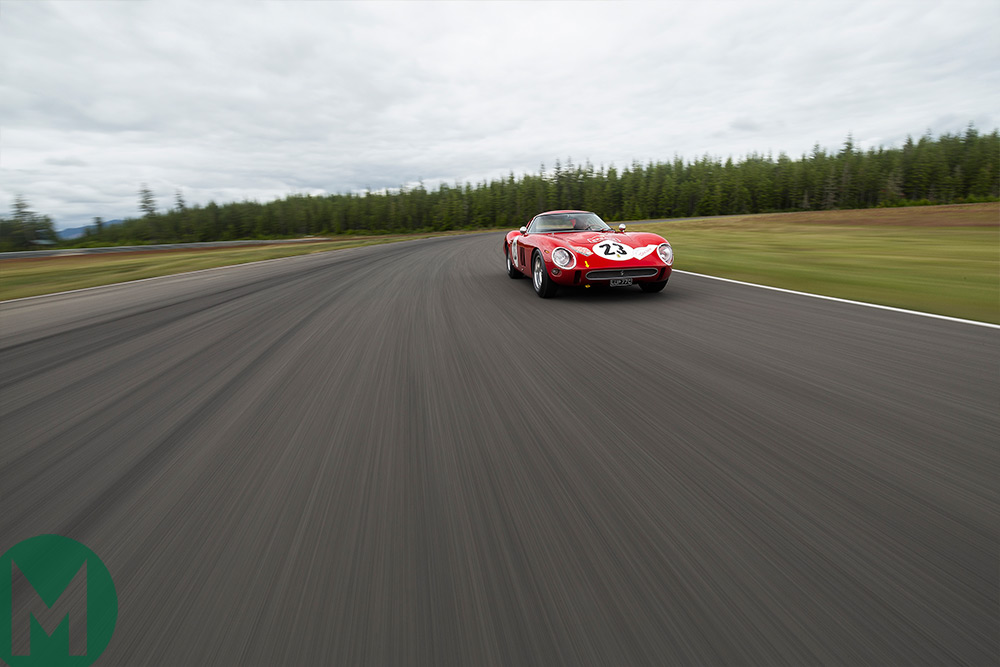 Sixty million dollars. For a car. But this is a Ferrari 250 GTO, and, after a 1963 GTO sold privately to an American collector for a reported record $70 million in July, $60 million seems par for the course.

But this GTO could set the record for a car at auction if it meets its estimate.

This Ferrari in question is a 1962 Ferrari 250 GTO by Scaglietti, one of 36 built, with an excellent record at the Targa Florio.

Chassis no 3413 was the third GTO to be built, rolling off the factory floor in April 1962. The following month, Phil Hill tested it at the Targa Florio but he crashed the Ferrari off the edge of a mountain road, leaving the Ferrari “looking very bent and second-hand”, according to Denis Jenkinson.

But this was still a formidable challenger Edoardo Lualdi-Gabardi took it to the ‘62 Italian GT Championship title.

The following year Gianni Bulgari claimed a class victory in this car at the Targa Florio, finishing fourth overall behind the Porsche 356B of Edgar Barth and Herbert Linge.

Corrado Ferlaino, an engineer, businessman and future owner of the Napoli football team, purchased GTO chassis no3413 in December ‘63, and had it sent to the official Ferrari coachbuilder at Scaglietti, Modena, to be upgraded to Series II coachwork without a rear spoiler and with lower Pininfarina-designed bodywork, a raked windshield, wider track and larger tyres, and a lower engine.

“With so much trouble among the fast cars some new faces were appearing on the leader board,” wrote Denis Jenkinson on a Targa Florio “as rugged and destructive as any in the past.” This was Ferlaino and Luigi Taramazzo’s chance.

“In fifth place was the not very brilliantly driven Ferrari GTO type 1964 of Ferlaino Tamarazzo, and thanks to them Ferrari gained more points for the Category III Gran Turismo Championship. Altogether 27 of the 64 starters finished the race, of which only 10 completed the full distance, many of the others being outside the time limit,” continued Jenkinson.

It was a class win, regardless of its nature, and it came at one of the most testing race events ever. Moreover, it contributed significantly to Ferrari’s victory in the 1964 International Championship for GT Manufacturers over Shelby’s Cobras.

The upgraded bodywork was modified slightly by its next owner, Dan Margulies, with twin vents replacing the rectangular lights around the nose, and it claimed an overall victory at its final period race in the 1965 Redex Trophy at Brands Hatch.