Motor Sport’s features editor Simon Arron didn’t travel quite as widely as usual in 2018, but that still translated as attendance at about 50 events (and probably almost as many paddock café breakfasts). His regular companions? A folding bike, an electronic notebook, two Nikon camera bodies, a small selection of lenses… and some rainproof covers. Here is his season at a glance:

Perched at the opposite end of the sporting spectrum to circuits such as Yas Marina, Standlake Arena is rather less imposing than its moniker implies. Adjacent to the A415 in Oxfordshire, it’s a cocktail of muddy puddles, corrugated sheds and chainsaws, an old-school banger track of a type that is increasingly scarce (and ought to be savoured for as long as such things survive). 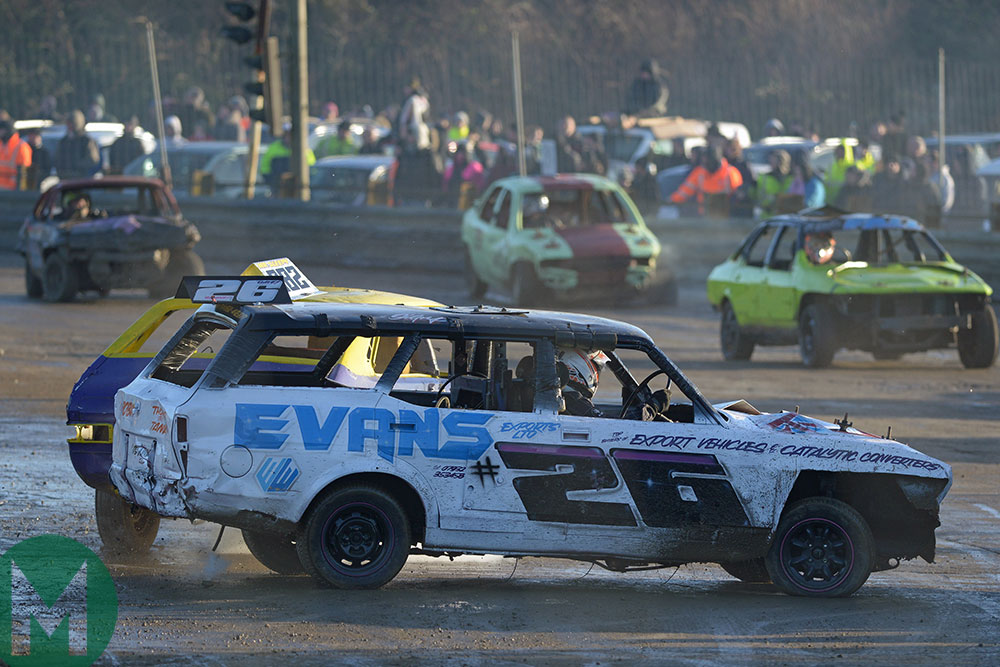 On the first Sunday of January, the annual Heavy Metal Classic features everything from Rolls-Royce Silver Shadows to stretch-limo Cadillacs via the occasional Morris Marina. In a parallel, more genteel universe, the VSCC’s New Year Driving Tests make full use of the remaining bits of Brooklands. Sporting contrasts are rarely this extreme. 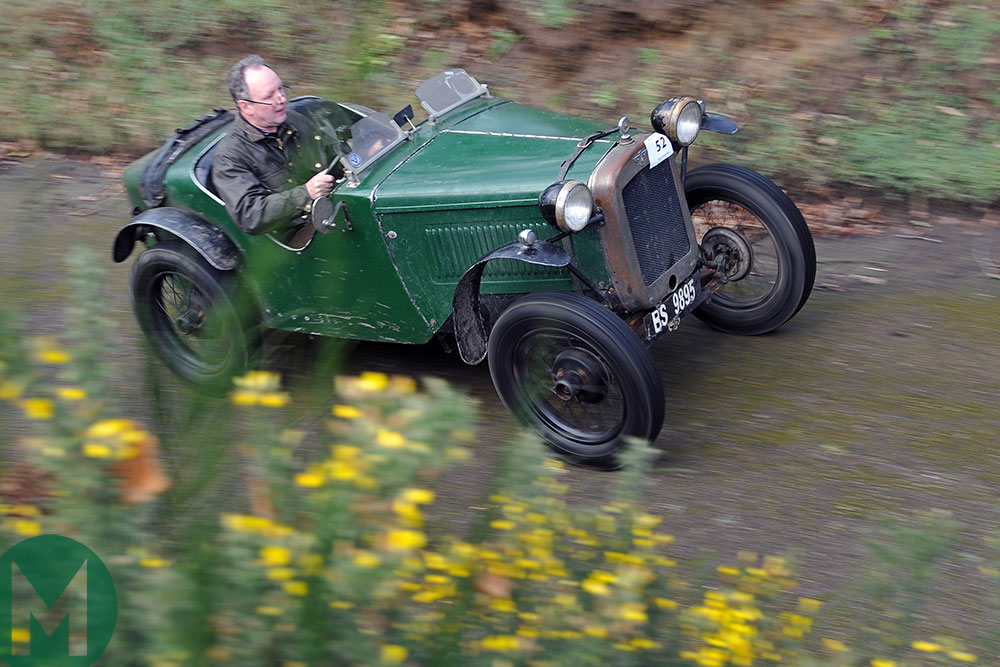 A beautiful, clear morning. Eastern England is dappled with frost and the air is dense with BDA vapour as Mk2 Escort engines are gently primed. Single-venue rallies at UK racetracks tend not to be things of beauty, the route usually being lined with tape and plastic cones rather than forestry, but it matters not. A fresh season is nigh and Snetterton in late February symbolises its growing impetus. 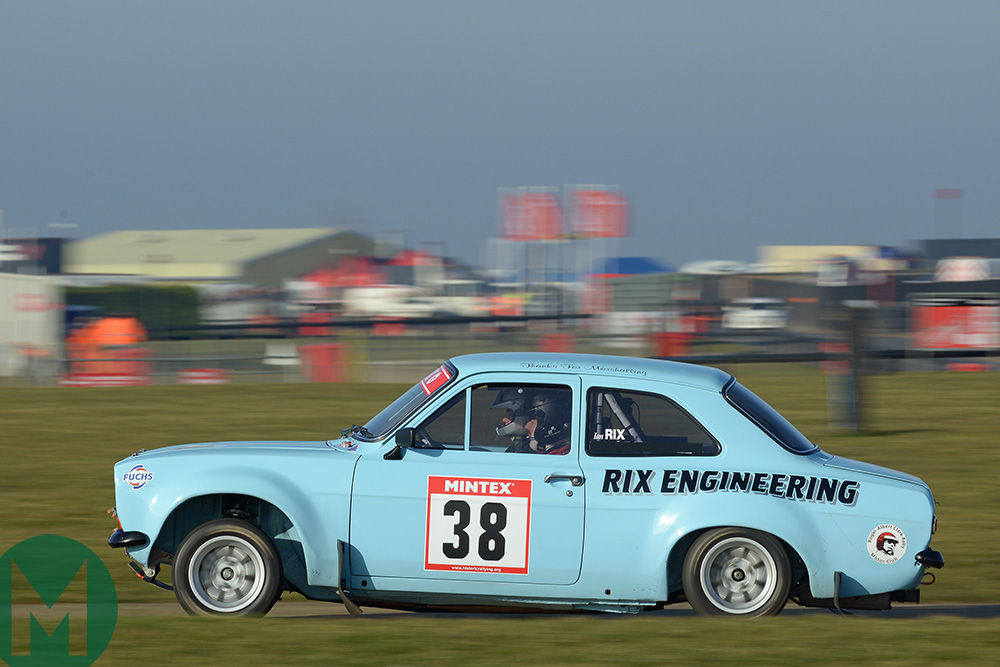 Likewise Race Retro, a few days later, is the closest thing we have to old-style racing car shows: busy, bustling and ripe with exhibits of genuine interest. The live rally stage adds an extra frisson, too. 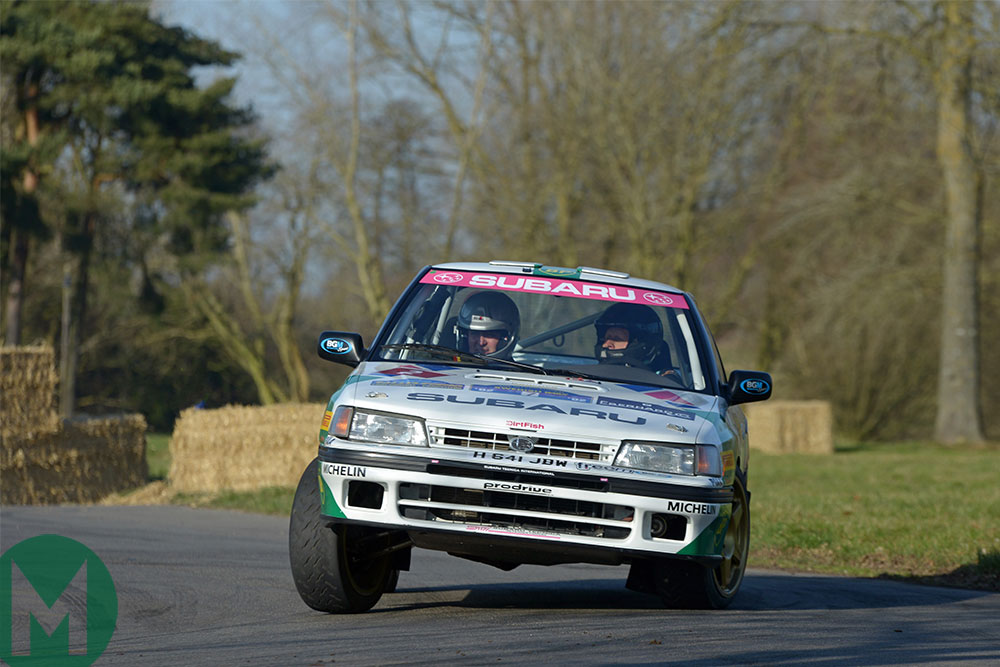 Motorcycle racing is ever a job for others – particularly when the air is cool and moist, ditto the track surface. It doesn’t deter the competitors at Brands Hatch, mind, at the campaign’s opening BMCRC fixture. And with hindsight, things were relatively tropical. One week on, the Goodwood Members’ Meeting takes place with the South Downs blanketed in snow… and the surrounding car parks littered with rear-drive executive saloons that have sunk in the slush. 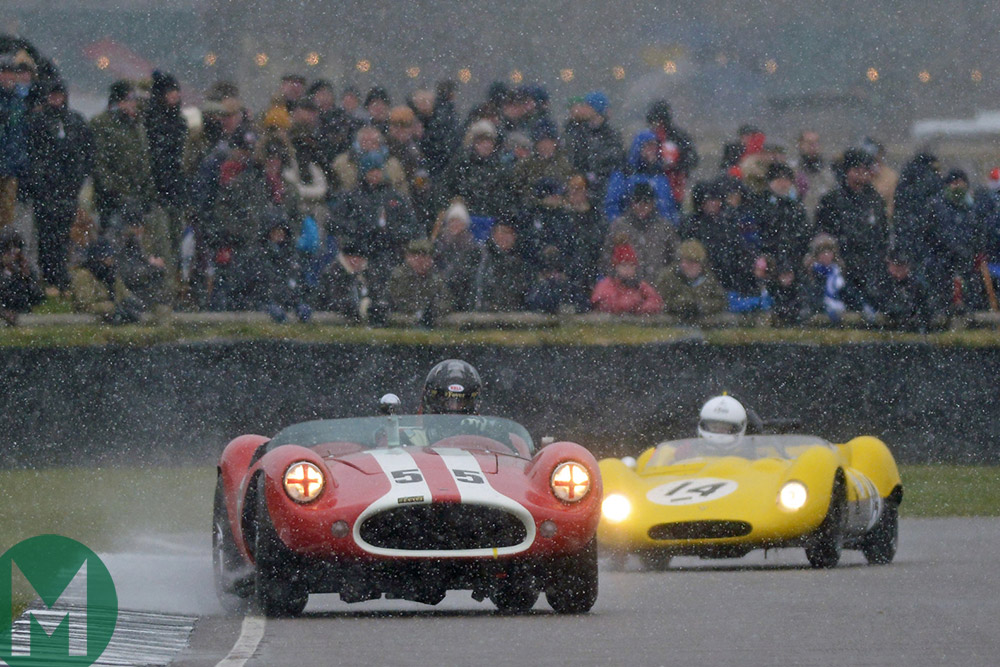 Barcelona brings temperate relief. At the WTCR media day, racing returnee Yvan Muller insists this is not a serious comeback, that he is back behind the wheel simply to help his team: eight months later, he’ll finish second in the championship, three points behind fellow veteran Gabriele Tarquini… 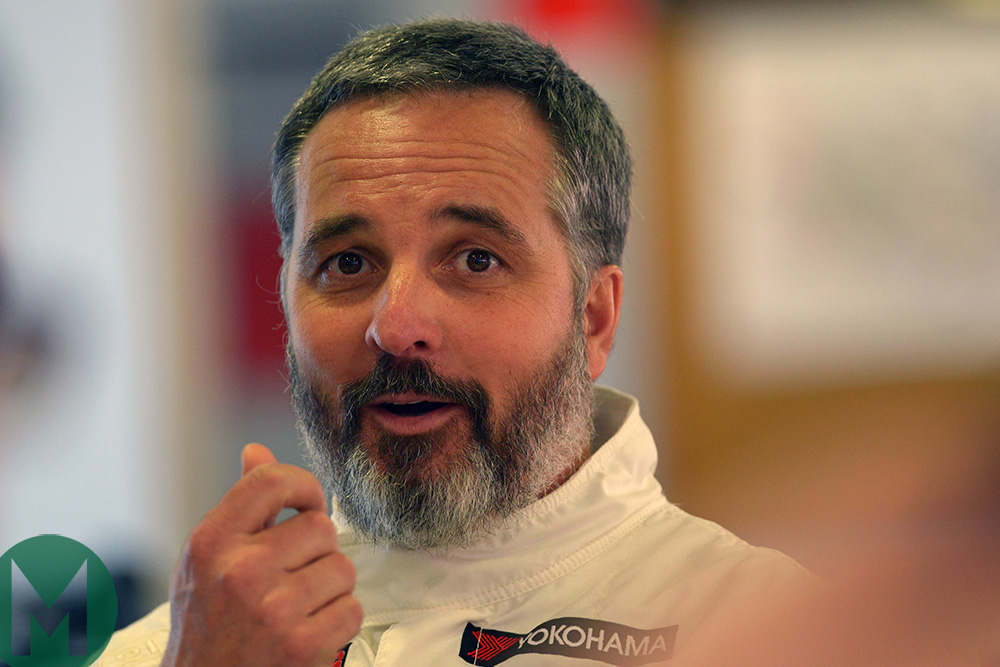 It’s so wet at Oulton Park that the second British GT race is abandoned after a few laps behind the safety car, yet full championship points are still awarded. 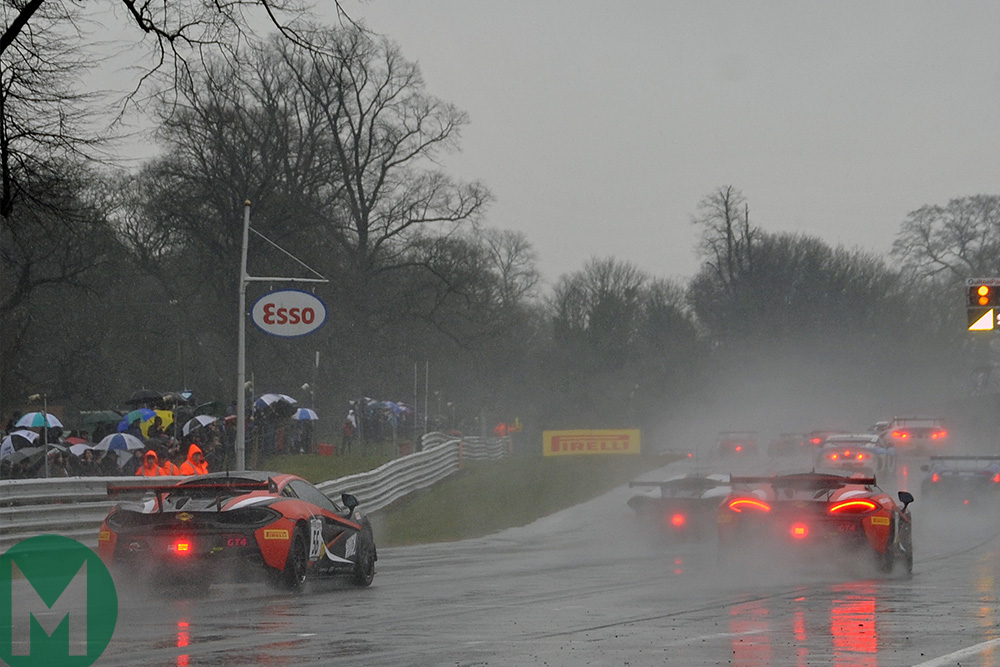 Bizarre is too weak a word. I’m back in Cheshire before the month is out, this time for motorcycles. Some complain that Oulton has become sanitised in the modern era; it looks anything but as Powerbikes vault the crest at Druids – a rare fusion of internal combustion and ballet. 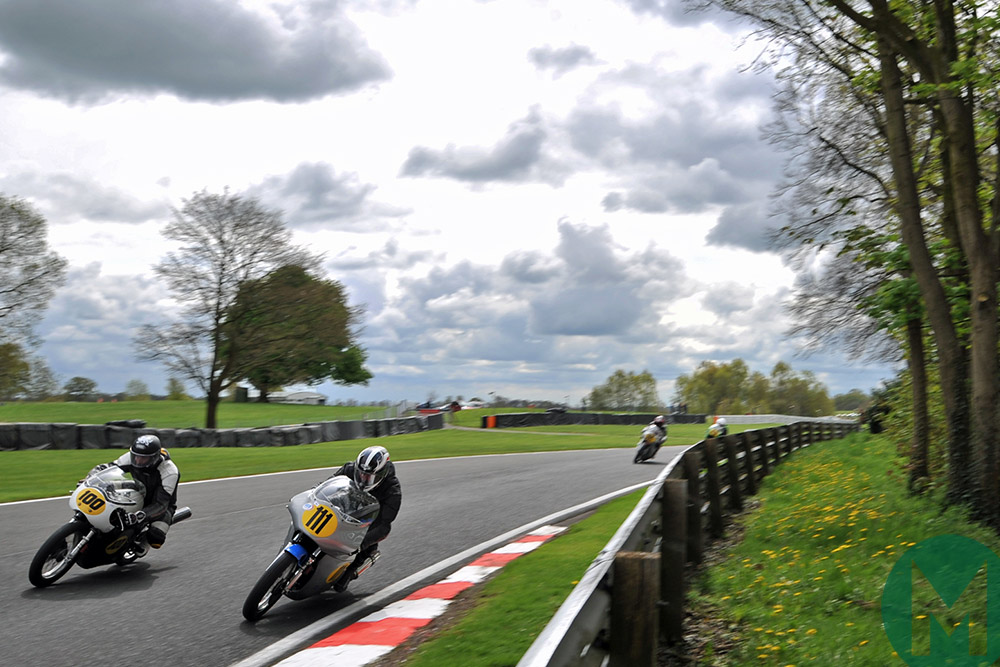 Donington Park, Monaco, Brands Hatch GP – a magical history tour. Two years beforehand the Automobile Club de Monaco had tried to run as many as 40 old F1 cars at a time… and sullied the spectacle, because the meeting stuttered along behind safety cars. This time it gets the balance right. 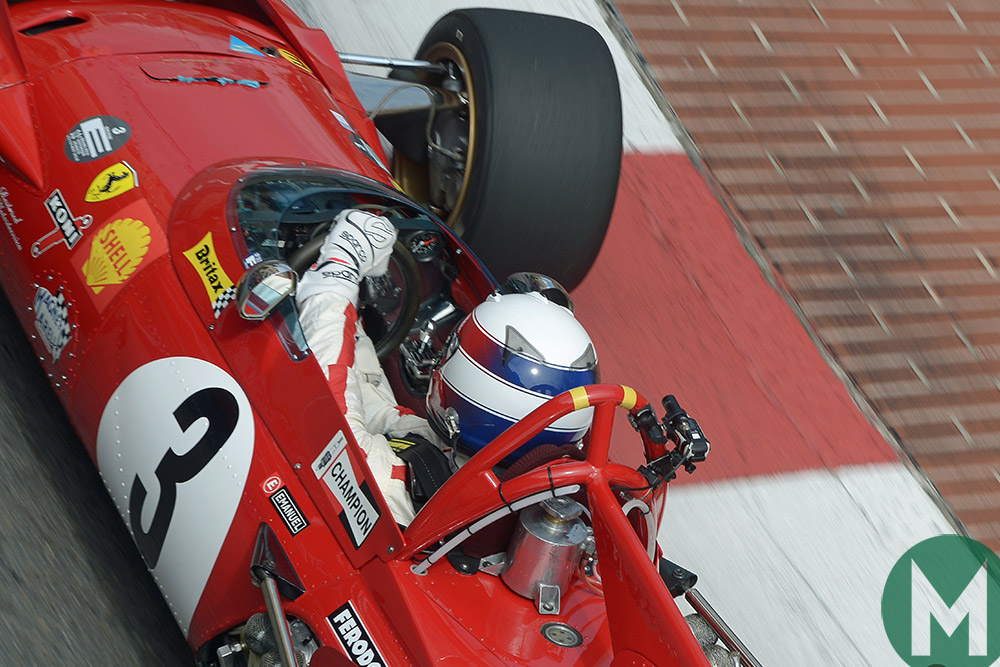 The biennial GP Historique draws a decent crowd, but not to the extent that the compact principality feels overpopulated. It’s a charming throwback, as is the end-of-month Masters Historic Festival at Brands. The 1970s? Step this way. 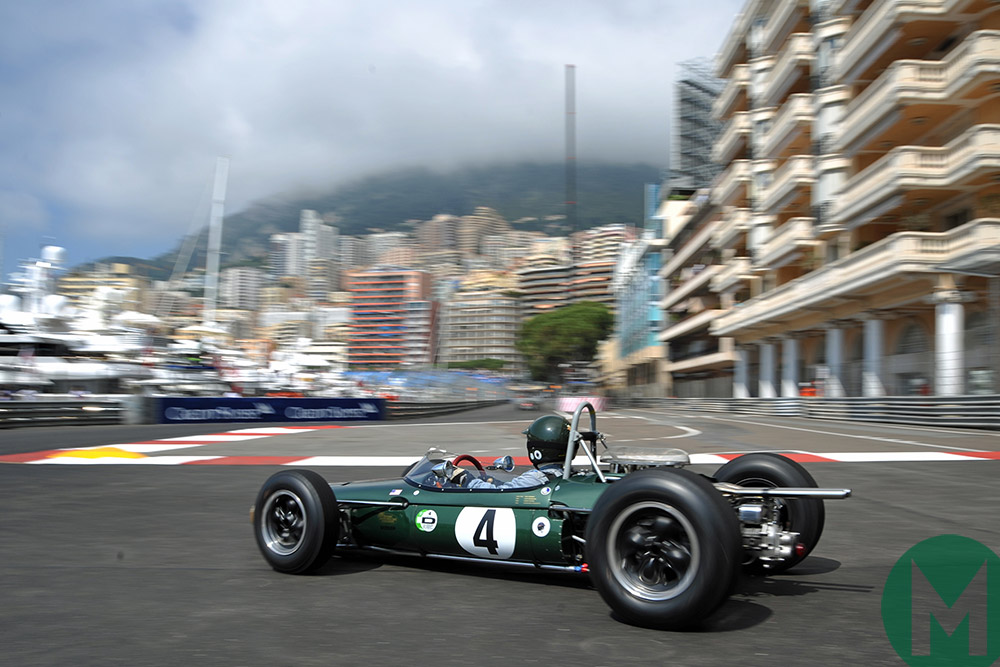 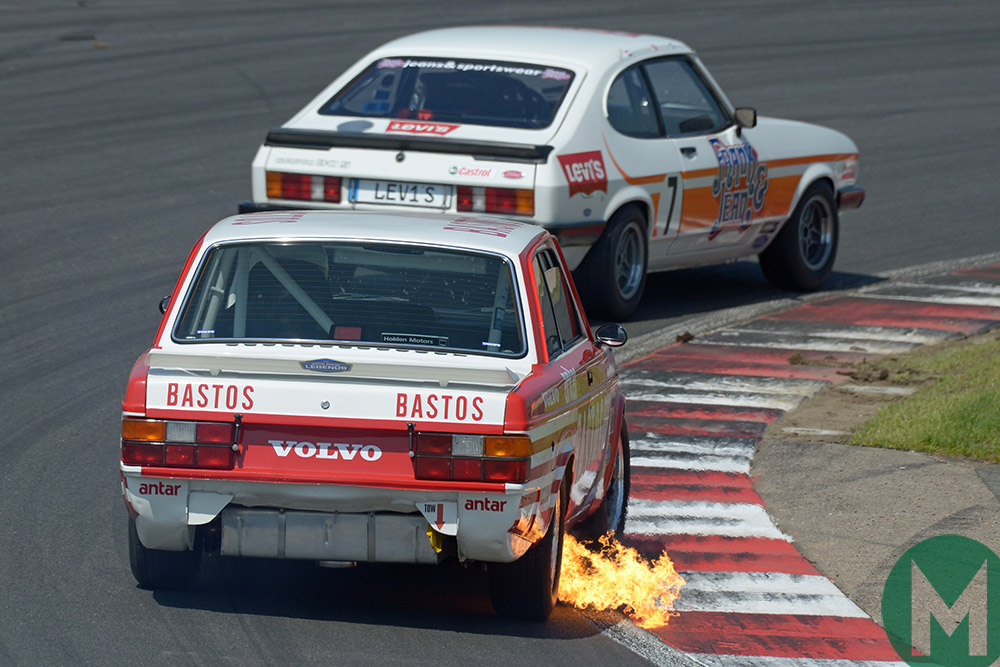 The entry isn’t perhaps as strong as it might have been, but there is a pleasing ambience at Thruxton’s 50th anniversary celebration – and one of the highlights is the unscripted Murray & Nigel show, Messrs Walker and Mansell appearing together to open the circuit’s new hospitality pavilion. No prizes for guessing which of them draws a bigger queue at the accompanying autograph session (clue: he’s 95). 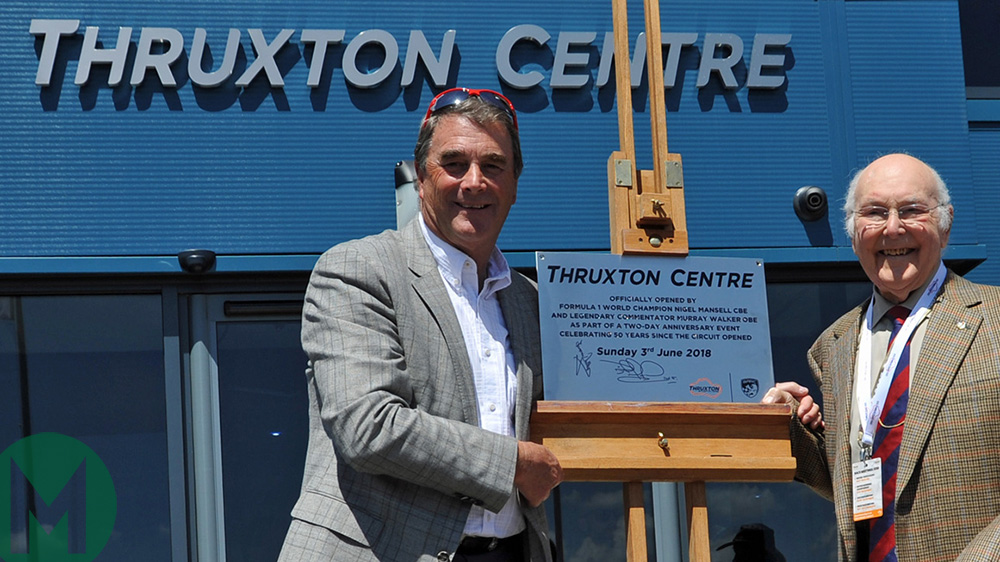 Later in the month I take in two venues with rather more dramatic elevation changes: Gurston Down is new to me and absolutely charming; Prescott is very familiar… and equally so. 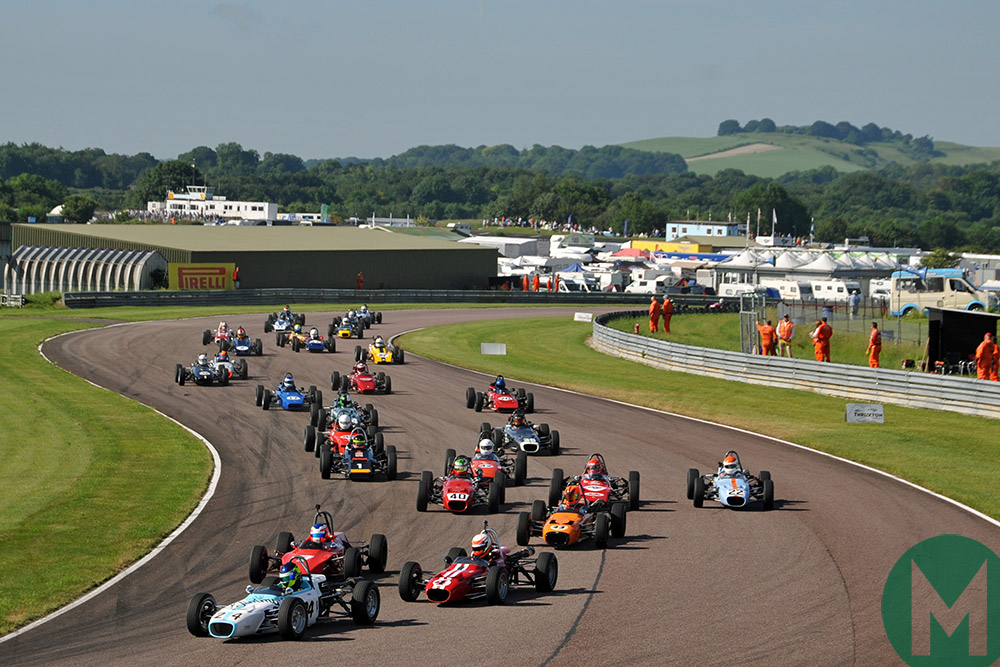 British Grand Prix, Le Mans Classic, Lydden Hill… choices, choices – and yet further evidence of the saturated nature of the modern racing calendar. In the end coordinates are set for France (almost, at least) and a Classic Touring Car Racing Club fixture: Rover P6 gets the nod ahead of Mercedes W09 or Porsche 917. 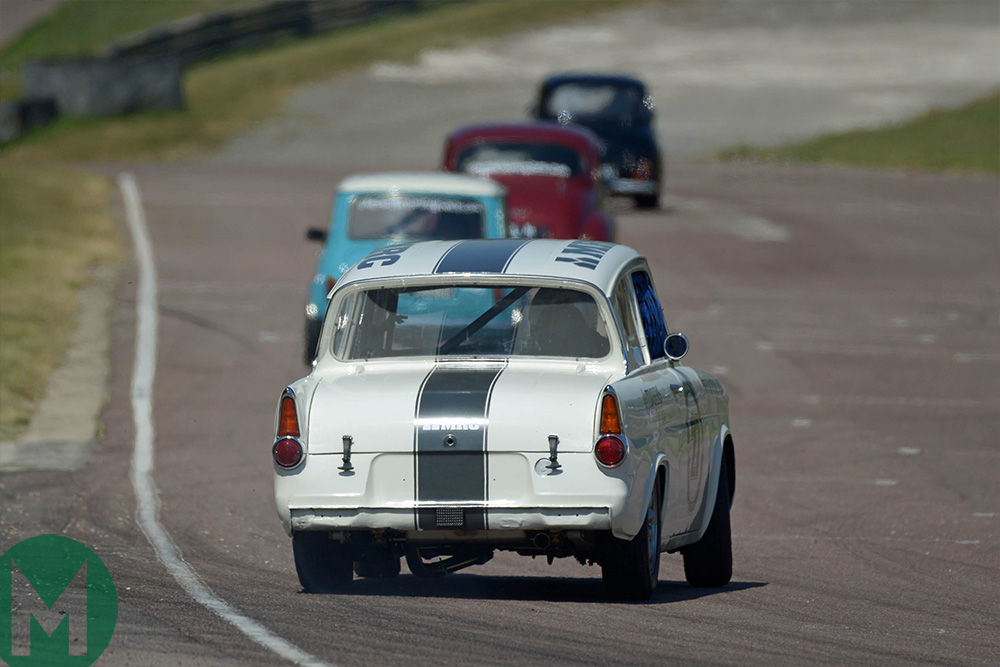 And then there’s a 750 Motor Club fixture at Cadwell Park. 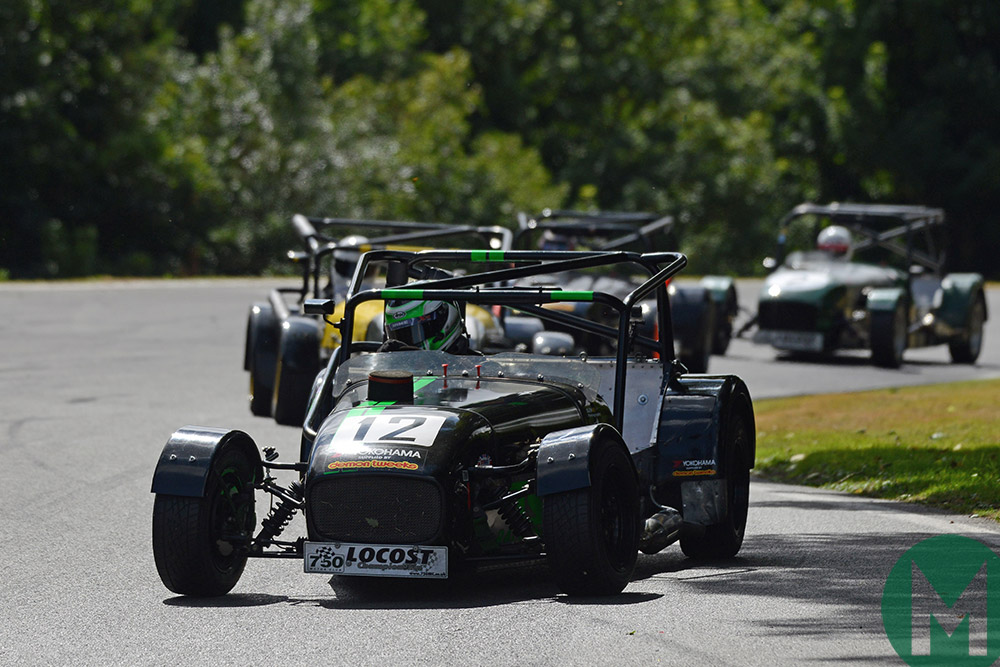 Back at Oulton Park, there’s a first opportunity to watch the new-for-2018 TCR UK championship. The cars look and sound the part, but a) there aren’t enough of them and b) BTCC stand-out Ash Sutton makes a guest appearance and obliterates his rivals, underlining the separation between some of those who want to be touring car drivers and those who already are. 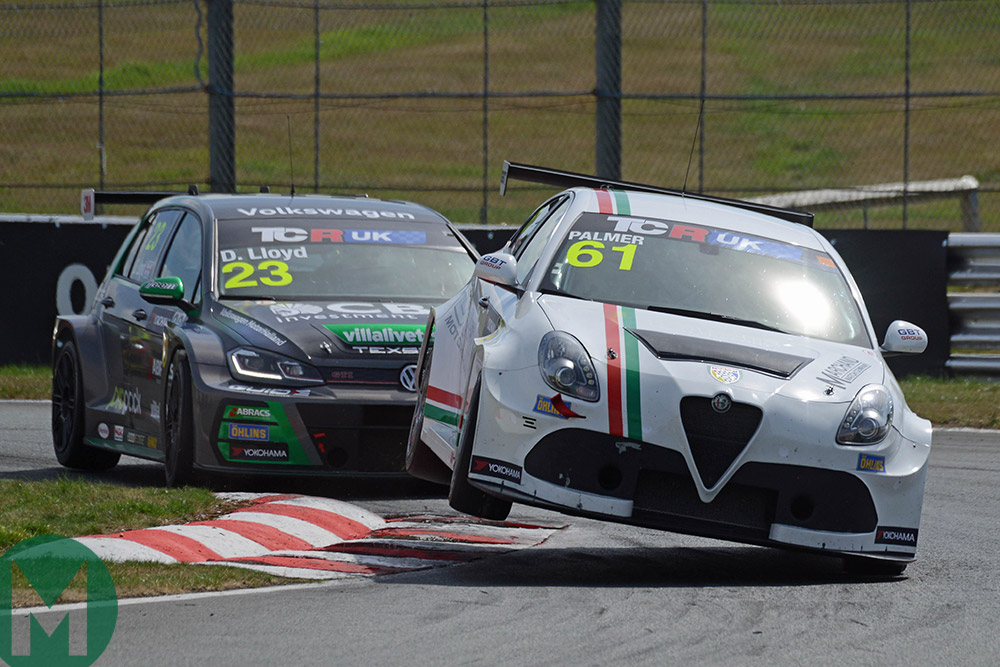 The VSCC brings an elegant flourish to Mallory Park: fried breakfast followed by Edwardian racers. What’s not to like? Summer concludes at the Oulton Park Gold Cup, headlined by a 50th anniversary race for the Chevron B8. It was probably 1971 when I first saw one race; loved them then – and still do. 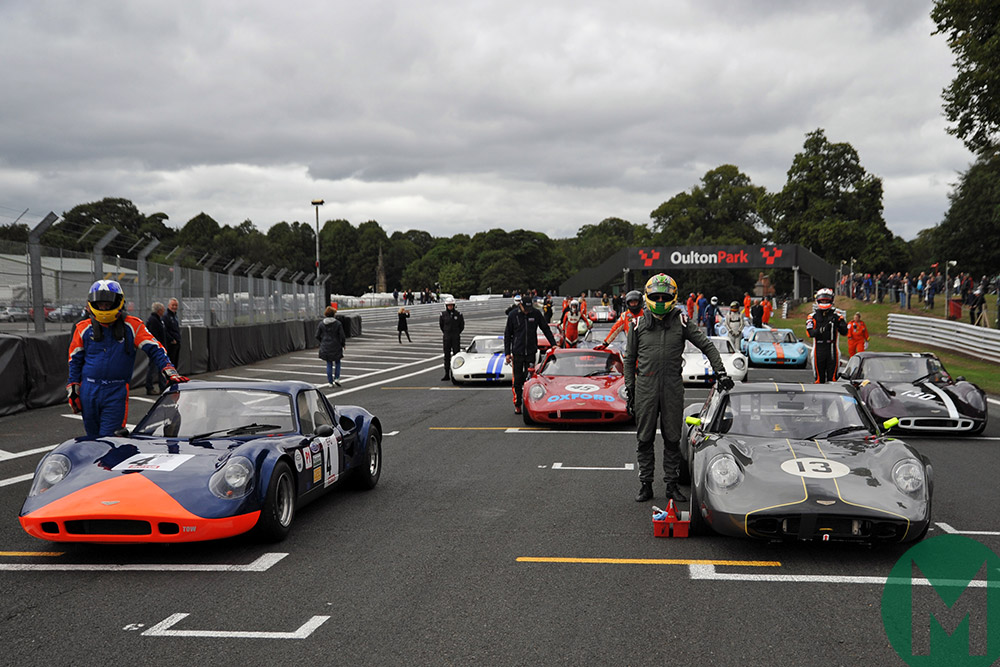 Underlining the serial congestion on the UK calendar, the Classic Sports Car Club is forced to switch its Donington Park meeting from the full GP track to the shorter alternative… because there aren’t enough marshals to cover the former. With the BTCC at Silverstone and British Superbikes at Oulton Park on the same weekend, you don’t need to look too far to see why such problems arise. 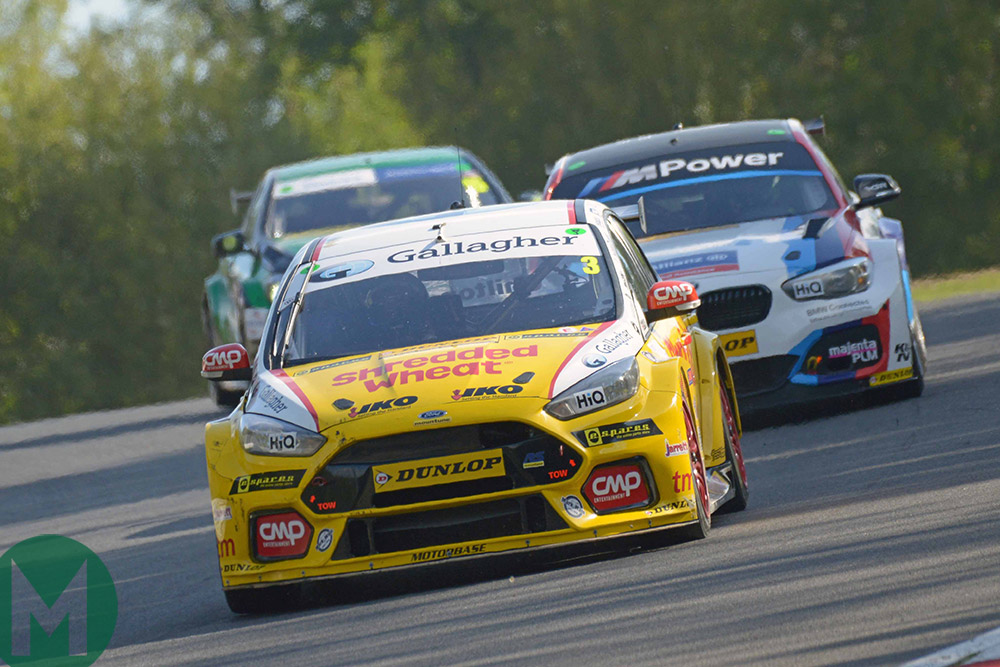 Towards the month’s end, the Historic Sports Car Club commemorates the Ford Escort’s half-century with two bespoke races at Brands Hatch: 21 cars take the start in an event that showcases the full artistry of flared arches. 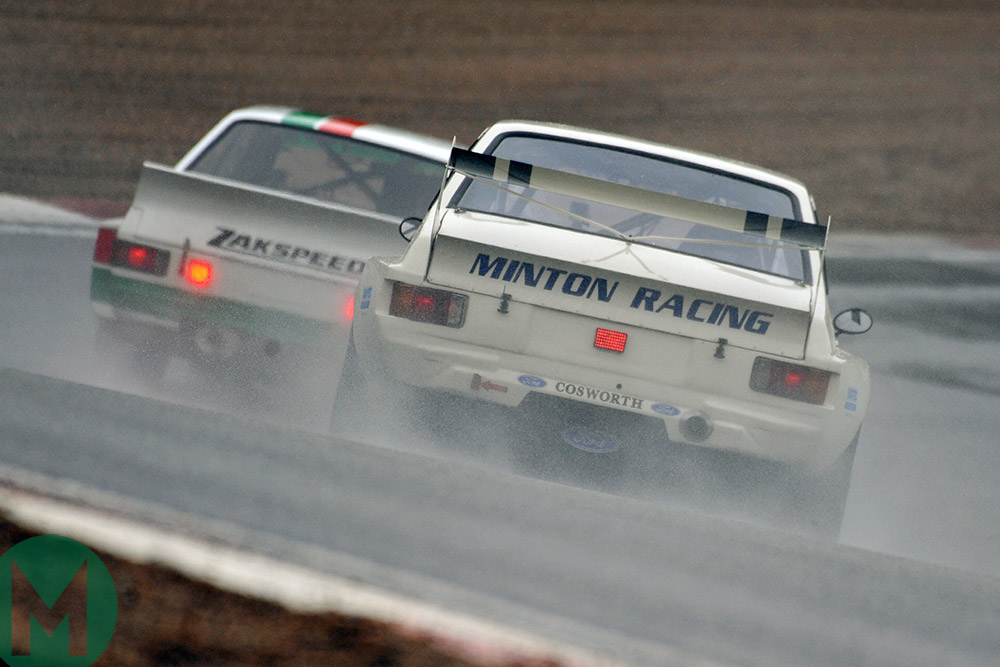 As it hosted the final rounds of the BTCC and BSB, plus the Formula Ford Festival and another worthwhile Classic Touring Car Racing Club fixture, it might have been easier to pitch a tent and spend the whole month at Brands Hatch. My work offers few greater privileges than being able to stand to the inside of Surtees, almost as close to the canted riders’ heads as your eyes are to this screen, when a Superbike zips past on a qualifying lap. The riders’ eyes gun straight through you, fixed on a point somewhere in the distance. Complete. Sensory. Overload. 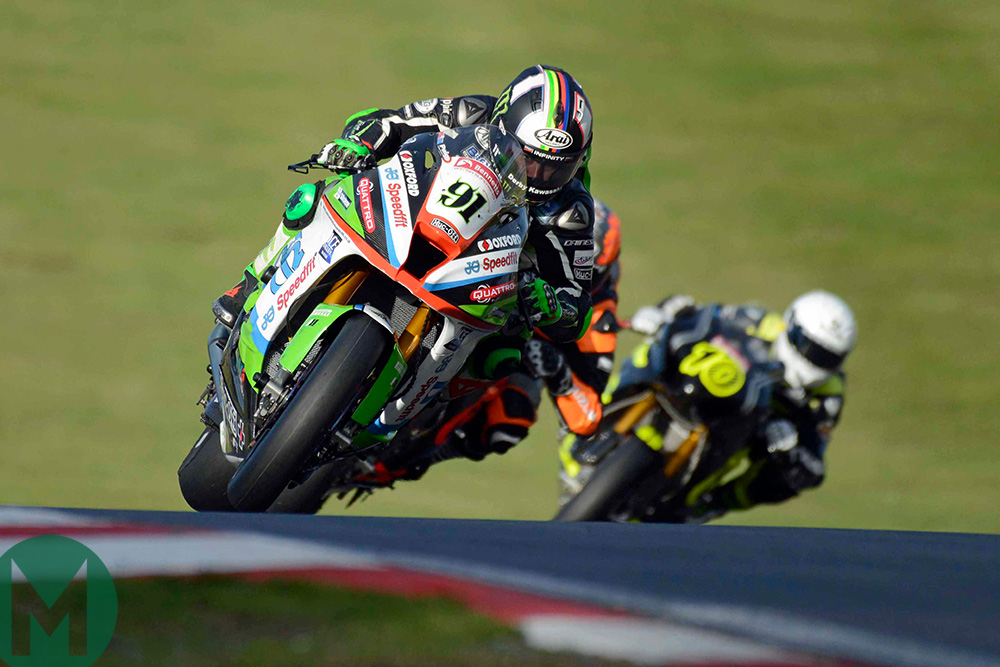 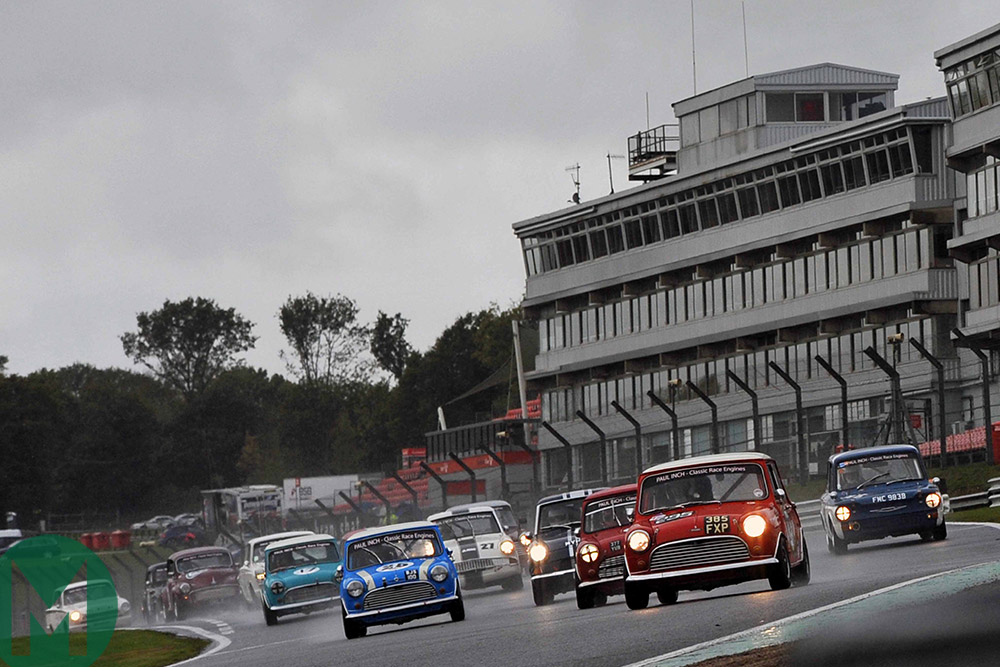 Despite the Brands overdose, there is also time for a quick flit to Prescott for the Autumn Classic: understeering its way up the Cotswolds, bygone Americana is every bit as charming as it is distinctive.

For once I’m obliged to miss the Walter Hayes Trophy at Silverstone – nothing to do with rival fixtures, but it clashes with my father’s 90th birthday celebration… The season thus winds down at Brands Hatch, ever sovereign in the realm of the winter clubbie, and Rockingham, where a Super Send-Off meeting is arranged to herald the end of racing at what had been the nation’s newest circuit (born 2001). 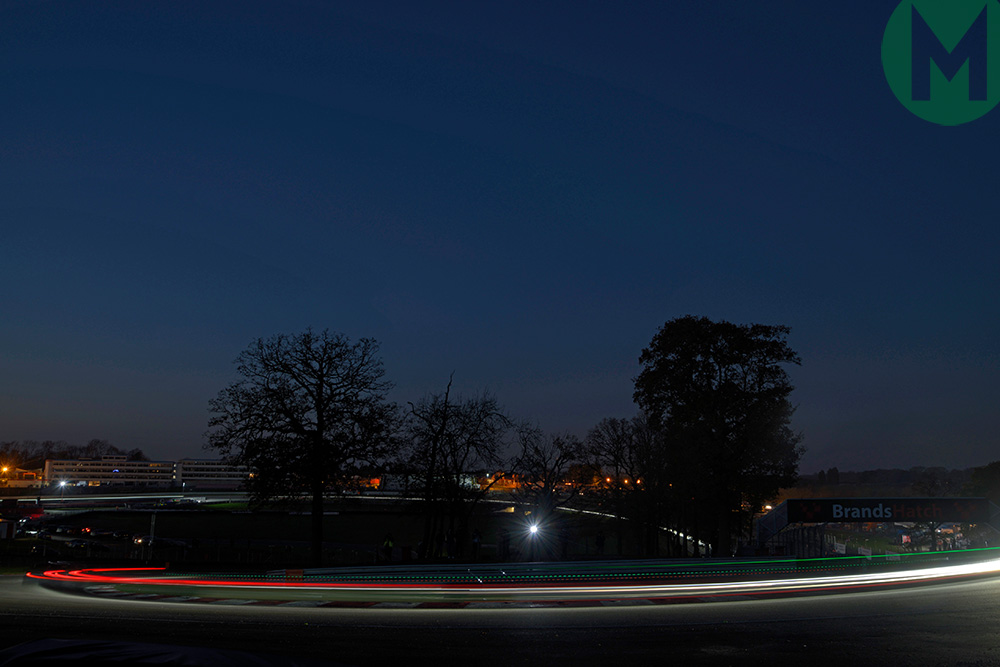 It never captured the public’s imagination as it might have done, but it surely had greater merit as a racing circuit than ever it will as an automotive storage hub. In the longer term, the site is likely to be developed and any evidence of Champ Cars circulating outer Corby at average speeds of 215mph will doubtless be erased. 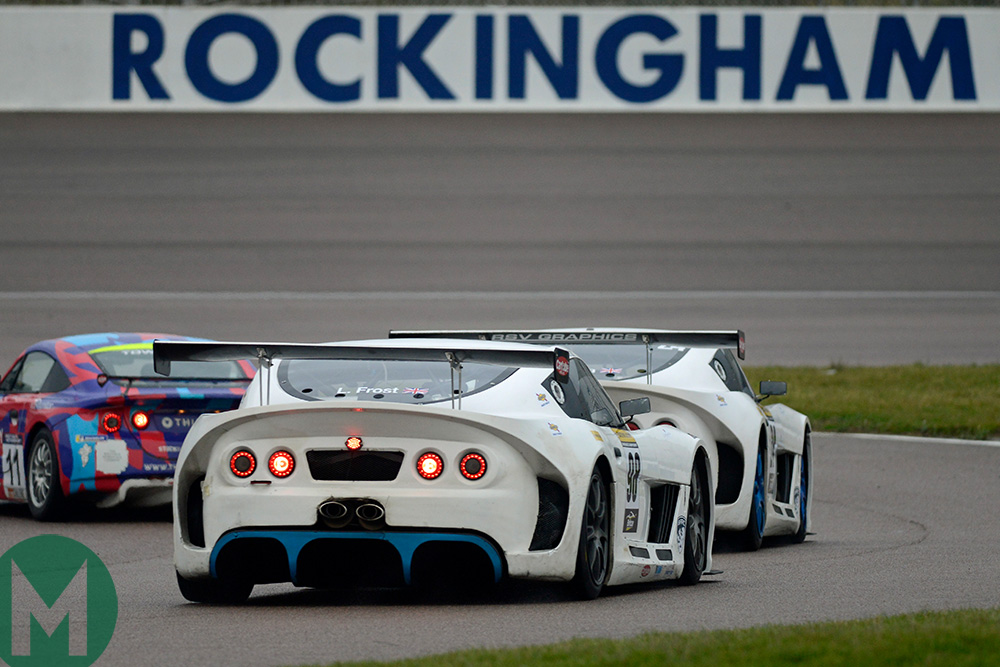 It’s an oft-recycled cliché, but Mallory Park’s traditional Plum Pudding Meeting is a far better Boxing Day destination than some soulless, densely packed retail park. It was supposed to be racing on two, three and four wheels, but only one sidecar crew entered so that bit was scrapped. The result? Two races for sports cars, two for saloons and three for bikes, all of them open to anybody and almost anything. A decent crowd turned out and Mallory’s Lakeside Diner still serves a decent breakfast: eggs on toast with mushrooms, beans and a cuppa for about a fiver. Next stop? Probably Standlake… 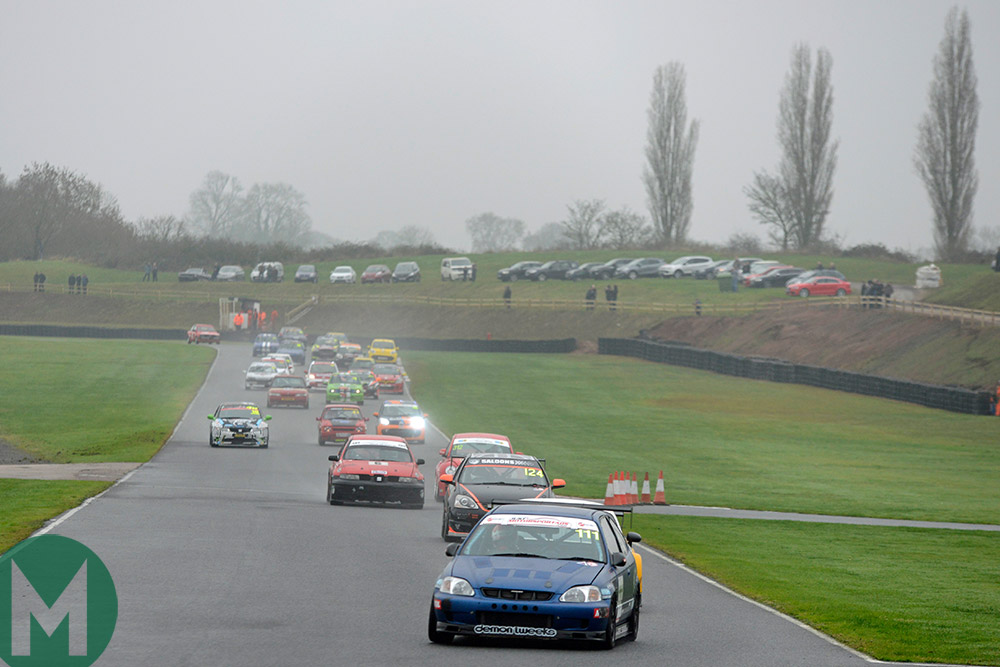 Going back in time to racing at its finest: On the road, August 2022

Mini Festival Brands Hatch, August 7 The intention had been to commence the month watching one of the highlights of the Veteran Sports-Car Club’s annual itinerary, at Prescott, but regular…