The feel-good slipstream of the London 2012 Games caused me to miss an anniversary that I had long intended to honour: the death, 60 years ago last September, of John Rhodes Cobb. His birth date – 2 December, 1899 – has allowed me an opportunity to revisit his story and atone for my oversight.

This Olympian of speed was the amateur beau ideal: he competed for the love of it and so that others might benefit from innovations force-fed by his appetite for endeavour. He spent much of his own money realising these ambitions and asked for nought in return. Indeed, uncomfortable with publicity and the resultant adulation, he was happiest when left to his methodical logic and logical methods, preferably with Bonneville’s otherworldly curving horizon for a backdrop, and with trusted, focused colleagues for support. 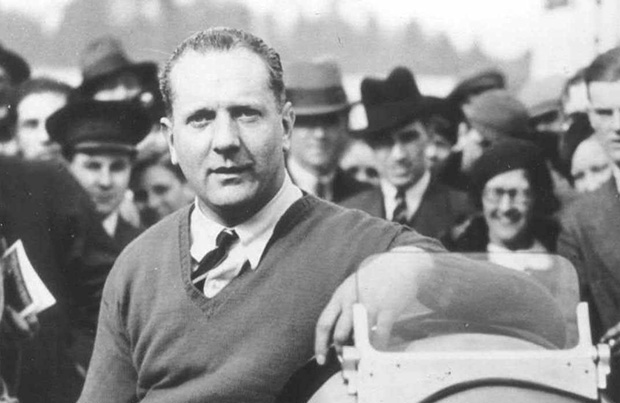 A bear of a man with a lugubrious countenance, he cut a formidable public figure who commanded respect. In private, however, he was good value: a loyal and honest friend who adhered to a strict moral code and doted on his mother, but who had a penchant for US-style Martinis and Manhattans.

Educated at Eton and Cambridge, he possessed a dry turn of phrase too: he likened lapping the jarring Brooklands Outer Circuit at a forever-record 143.44mph to leaning as far out of a high window as one possibly could without falling.

He was never short of bravery. His size dictated that he drove big, fast cars from the outset. He forged his ‘career’ in a creaking, Edwardian, chain-driven Fiat, and followed that with the V12 Delage that had powered René Thomas to the Land Speed Record in 1924. Each machine boasted 10 litres, yet both were dwarfed by Cobb’s subsequent Napier-Railton. This 24-litre behemoth looked smaller than it was because of its handsome form and because its burly driver jutted foursquare from the open cockpit.

Cobb, however, was not an unfeeling bruiser with an iron grip and a leaden right foot. He drove his cars with an uncanny finesse, a vital skill at a time when bhp and mph outstripped tyre technology. Despite being isolated from the action, pressed into the flimsy prow of designer Reid Railton’s superb twin-engined Mobil Special and peering through a claustrophobic slit, still he was able to eradicate perilous wheel spin on runs that straddled WWII and ultimately propelled him to 400mph and beyond. 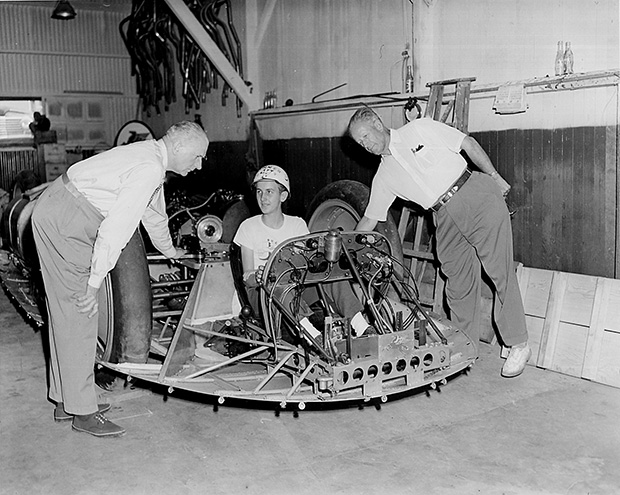 Thus the fastest man on land, he felt it his duty to take to the water. In so doing he again picked up where hawkish, patrician Malcolm Campbell and his Bluebird had left off. These men had little in common beyond their competitive instinct and postcodes: both lived on Kingston Hill, as did Kenelm Lee Guinness and Henry Segrave – a veritable corridor of speed in Surrey.

Cobb had no experience of hydroplanes, let alone one powered by an engine lifted from De Havilland’s game-changing Comet airliner. Likening the experience to “Driving a London omnibus without tyres on”, he increased his speed incrementally in the bulbous Crusader during the first half of September 1952.

He would have regained the Water Speed Record for Britain on Friday 19 were it not for a surprisingly tardy return run. Managing the motile boundary where air meets water was providing the proven Cobb and Railton with their greatest challenge.

On Monday 29, having courteously ignored the increasingly rare stillness and pan-flat calm of the previous day rather than ruffle local Scottish religious custom, Cobb tried again in his evolving prototype boat. He did so against the advice of its builder, Vosper of Plymouth, which was concerned about the distortion of its aluminium front planing shoe. Cobb thoughtfully wrote a letter absolving the company of any potential blame before pressing on. Keenly aware of the changing of the seasons and of rising expectation tipping over into dipping, he planned to do just enough in that measured way of his before pressing home the hard-won advantage the following year. 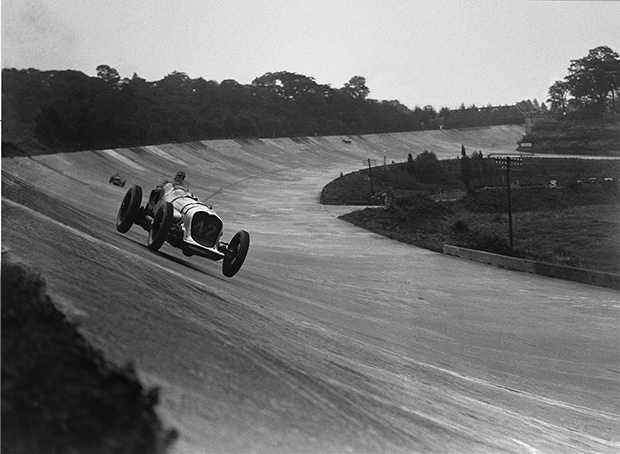 But two untypical things occurred: first, he became angry; second, he ran at a speed faster than intended.

The reason for his ire were ripples caused by a support boat’s returning to base contrary to orders. And his speed through the outward flying mile was 206.89mph compared to the record of 178.50mph.

There would, however, be no return run.

Vosper’s representative spotted that Cobb was fighting his vessel midway through the timed mile. Crusader began to porpoise, possibly across those irksome ripples, and then she was gone. From silver jet-boat to flotsam in the tick of a stopwatch.

While researching this story I was beginning to mutter about cold, unfeeling Motor Sport, all newfangled with Volkswagen’s Beetle, when finally I spotted its tribute. A sentence from it shone like a beacon: “In a world where temperament is rife and line-shooting and self-advertisement is consequently not infrequent, John Cobb stood out as of a big, modest, calm, almost self-effacing disposition.” 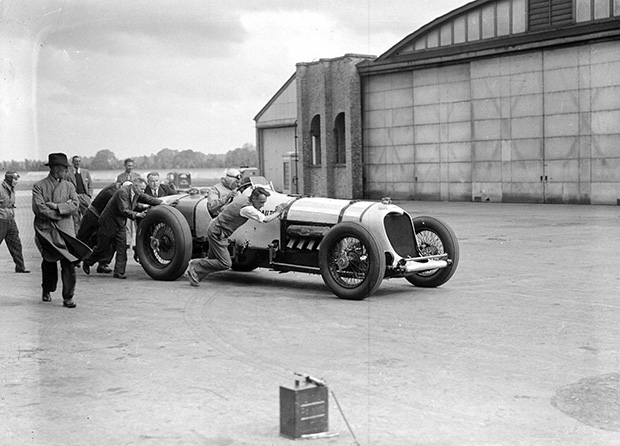 The article’s underwhelming size and unobtrusive positioning – the bottom corner of page 527 in the November issue – plus its arcane language consummately encompasses and echoes the spirit, style and manner of the man and the period he bestrode – as does the massive, stolid stone cairn erected in his memory on the eerie, storied shores of Loch Ness.

Donald Campbell’s similarly public demise in 1967 was more iconic but it was Cobb’s that truly concluded an era. Two days before his death, baggy cap doffed, giant hands clasped behind a voluminous Gabardine, he received a visit from the Queen Mother. A British Pathé newsreel bears witness to their mutual warmth, real not forced: two powerful people indicative of a previous age – King George VI had died in February – comfortable in each other’s company. And four days after Cobb’s powerful but painfully mortal body was skimmed by Fate across the surface of the loch, Britain detonated its first atomic bomb in a Western Australia lagoon.