Long before Ayrton Senna clashed with Alain Prost at Suzuka, it was Martin Brundle who could have left the Brazilian’s title hopes in a wreck.

The pair had a stranglehold on British Formula 3 throughout the 1983 season, winning all but one of the rounds and that one was due to a DNF after contact between them put both out on the spot.

“There’s always a genius driver who comes along to spoil your day, and Senna’s reputation preceded him. He won the first nine races, and that started to do my head in,” Brundle recalls in the latest issue of Motor Sport 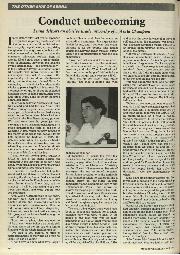 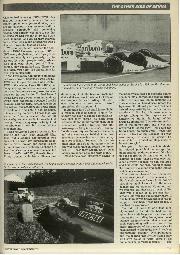 Immediately after last year's Japanese GP opinions regarding the Senna/Prost first corner shunt could be divided into two roughly equal camps, surprising though even that might seem to those who…

Senna was running the same Toyota-powered Ralt as Brundle, but the financial backing behind them differed greatly. The Brazilian’s Ralt was run by Dick Bennetts on a healthy budget, leaving Eddie Jordan, in the Brundle camp, outgunned in that department.

They traded victories throughout the season, Senna had taken the opening nine rounds but Brundle began his comeback at Silverstone, then Cadwell Park and Snetterton, the latter a race in which Senna crashed out in pursuit of his rival.

Wins continued to be split between them, Brundle just edging the remainder of the season to go into the final round with a chance of the title.

Thruxton hosted the finale and the long season had well and truly taken its toll on the underfunded Ralt Brundle was running.

“I wish now I’d robbed a bank to buy a new engine,” he says. Ours were knackered by this time, and Thruxton is a power circuit. Meanwhile Ayrton had been to Italy, seen his new engine on the dyno, and brought it back himself for this last race. It was no contest.” 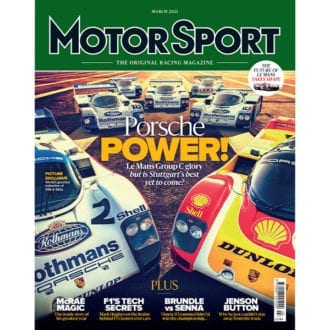 Senna took a comfortable victory having started on pole position, but things might have worked out differently in the title decider, in a way that would prove familiar.

Just as Senna went on to take Prost out at Suzuka in 1990, the Brazilian may well have been on the receiving end of underhanded and premeditated actions if his F3 rival had opted for aggressive tactics on race day.

“I’ve often thought I could’ve rammed him on the first lap and won the championship but that wasn’t my style,” Brundle admitted.

“Clerk of the course Sid Offord, a man of considerable size, had come up to me on the grid, pointed at me, and said, ‘No monkey business.’ I’m sure it must have been on my mind.”

Read more about the rivalry between the two in Formula 3 and how Brundle rates Senna as his greatest-ever rival in racing in the latest edition of Motor Sport available now.