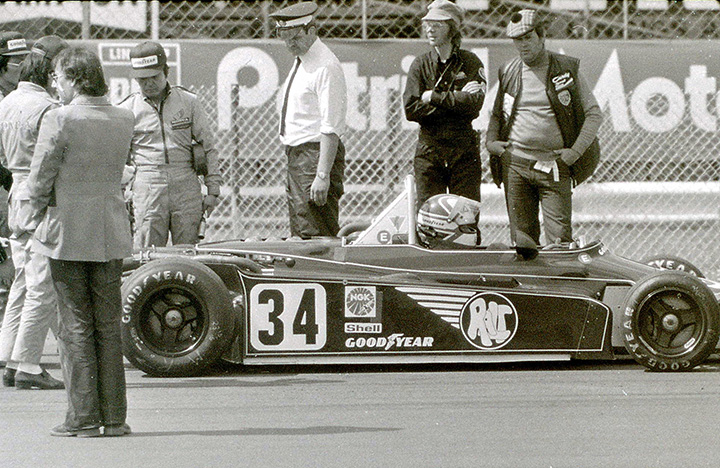 On the surface it looks no more than a fragment from Nigel Mansell’s breakthrough summer – a welcome chance for meaningful seat time at a point when his career seemed to be wobbling on a financial precipice. But the implications for the European F2 Championship ran deep…

Mansell had spent the first part of the season notching top-six finishes in the British F3 Championship, at the wheel of a rented works March, but now he had the chance to give the new Honda-engined Ralt RH6 its race debut, in the sixth round of the European F2 series at Silverstone. And just two months hence, he’d be starting his first Grand Prix, at the wheel of a Lotus 81B in Austria.

While his career was steadily gaining momentum, however, the RH6 would prove a trigger for European F2’s gradual decline. Mansell finished only 11th at Silverstone, two laps behind Derek Warwick’s winning Toleman TG280, but the Ralt-Honda cocktail would be fully competitive by the year’s end.

While Mansell stepped up to a full-time Lotus F1 seat in 1981, Geoff Lees swept to the European F2 title with Ralt-Honda – a feat repeated by both Jonathan Palmer (1983) and Mike Thackwell (1984). With the best engine unavailable to customers, and the potential cost of trying to match it too great, interest in the series dwindled, as did grids, and F2 was phased out to make way for the FIA F3000 Championship.

Apart from the works Tolemans of Warwick and champion-to-be Brian Henton, Mansell’s rivals at Silverstone included the Ron Dennis-run Project 4 Marches of Andrea de Cesaris and Chico Serra, the Minardis of Miguel Angel Guerra and Beppe Gabbiani, Piero Necchi’s Merzario M1 and the likes of Kim Mather (March 802) and Jim Crawford (Chevron B45), both of whom regularly contested local Formula Libre races in the UK but could also hold their own against stern opposition. Crawford spent much of the race duelling with Manfred Winkelhock’s factory March, which eventually finished ninth, but dislodged his Chevron’s nosecone and later retired with engine failure.

This photograph was taken from SDC Builders’ hospitality suite, tickets to which had been supplied by a contact of my then-girlfriend Lindsey’s father. Part of the package included a lap of the Grand Prix circuit, with SDC Lola F3 racer Mike Blanchet acting as our chauffeur (in a Volvo 240, if memory serves).

I don’t recall the return journey being especially slow, but I somehow contrived to miss the last train from Manchester to Sheffield, where I was due to sit a university French exam early the following morning. Cue an unscheduled trip across the Snake Pass for my father.

I don’t recall him being best pleased, but I’d had a good day.