The inaugural W Series championship winner is set to claim $500,000 prize money while FIA Superlicence points will be on offer next season 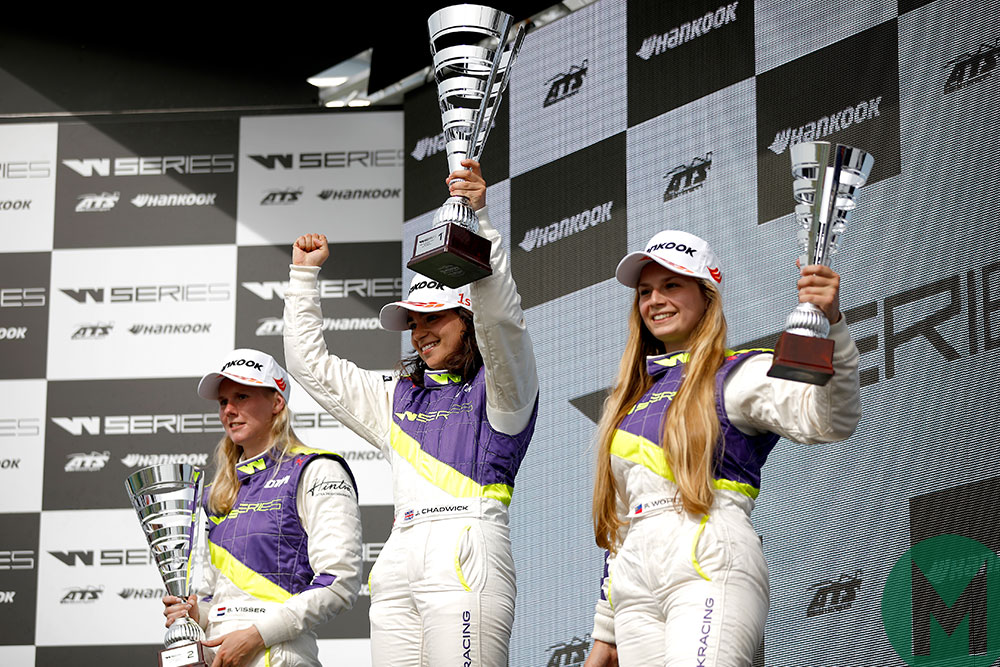 The all-female W Series has confirmed the prize money it will award drivers in its inaugural 2019 season, with an overall prize pot of US$1.5 million and $500,000 awarded to the championship winner.

The championship runner-up will receive $250,000 while the driver third in the final table will get $125,000. All drivers, including reserves, will receive prize money, with the earnings ratcheting down to $7500 each for those placed 15th and below in the table as well as to reserves.

W Series has also confirmed that drivers in next year’s championship will be eligible for FIA Superlicence points. The FIA currently is determining the number of points that will be awarded and the number of drivers who will receive them.

More: W Series: The case for

In other details revealed about the 2020 W Series, the drivers who finish in the first 12 places of this year’s standings will automatically be invited to enter next year’s series, meaning that unlike Formula 2 and Formula 3 the reigning W Series champion is permitted to return to the series to defend their title.

Drivers who finish below the first 12 places will be permitted to apply to enter the driver selection programme for the 2020 series, as will drivers who have not taken part in W Series this year, with the eligibility that they are female and possess an FIA International C licence or better. The details of the 2020 season’s selection process are to be finalised, though for the current 2019 season it was a three-month programme overseen by racing director Dave Ryan. 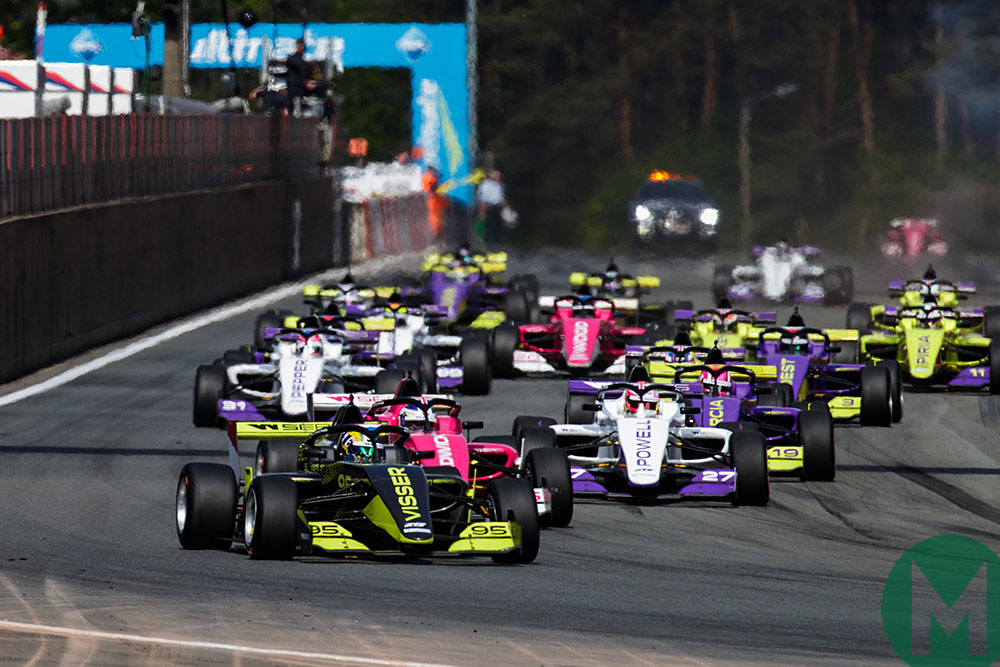 Visser leads Chadwick at the start in the Zolder round Photo: Motorsport Images

W Series CEO Catherine Bond Muir confirmed that the championship is already receiving “plenty of expressions of interest” for 2020 from drivers who did not take part this year.

“The inaugural season of W Series is proving to be a roaring success. The racing is close and competitive,” she said. “We’re already receiving plenty of expressions of interest from other drivers who haven’t taken part in W Series so far.

“The competition for the opportunity to race in 2020 W Series alongside the 2019 top 12 will be fierce but that’s what W Series is all about: a highly competitive race series in which the best female racing drivers in the world race one another in state-of-the-art Tatuus T-318 Formula 3 cars, on iconic racetracks, and thereby gain crucial on-track experience which will enable them to progress their careers on and up to more senior single-seater formulae, where they can race – and beat – their male rivals.”

The full prize money list for the 2019 W Series is below: