In previous decades, Silverstone in the spring used to mean it was International Trophy time, the non-championship Formula 1 race that invariably offered Grand Prix glitterati a cold (and often damp) start to thrust them shivering into the dawn of a new European season. ‘Pointless’ events are long extinct from the F1 scene (well, there are still Baku, Sochi, etc…), but that doesn’t stop racers from around the globe gravitating to the place in April. The opening round of the FIA World Endurance Championship, twinned with its European Le Mans Series counterpart, is fast becoming a popular new tradition. 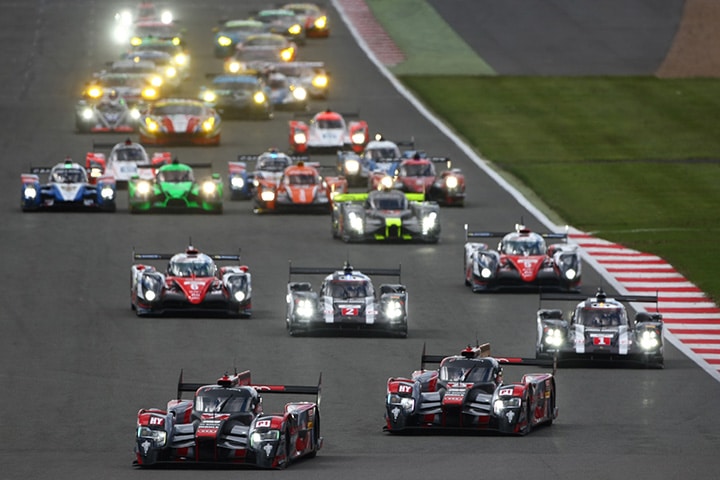 Britain isn’t short of hardy sports car racing enthusiasts, which is just as well. A snow flurry tested the commitment of the bravest on Saturday morning (shades of Ronnie Peterson and his blizzard-ravaged Lotus 72, said those old enough to recall), but still Silverstone could claim a total of 52,000 for the weekend. Those present on the Sunday were rewarded with a mesmeric six-hour race, run in the dry.

You couldn’t take your eyes off this one for a minute – even after the flag fell, as it turned out. Porsche looked on course for a comfortable victory, lost it in a moment of misjudgment, then had it gifted back by the stewards after the winning Audi’s front skid block was found to be worn to excess. 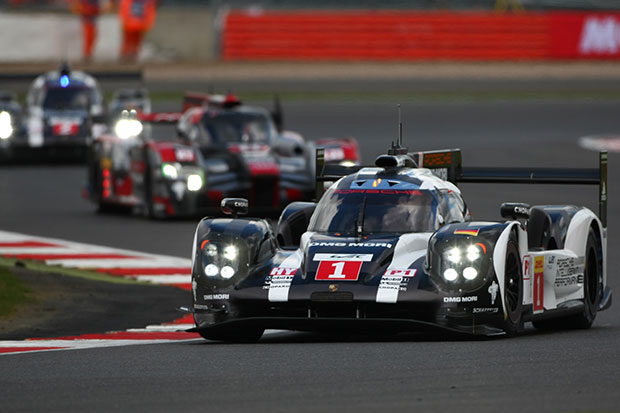 Audi’s radically all-new R18 had impressively locked out the front row in qualifying, only for reigning world champion Mark Webber to slice past both Oliver Jarvis and André Lotterer in near-identical moves early on to establish a strong lead. Team-mate Brendon Hartley continued to stretch the gap beyond 40 seconds, until he came across Mike Wainwright’s Gulf Porsche GT at Farm. The Kiwi was banking on the finest of margins as he swept around the 911 – and got it resoundingly wrong. The contact kicked the 919 on to its side before it ploughed right way up into the gravel – but in no fit state to resume.

In the wake of this, a complete hybrid systems failure did for the no 8 R18, Lucas di Grassi having taken over from Oliver Jarvis. That left the Audi of Lotterer, Benoît Tréluyer and Marcel Fässler in a straight duel for victory with the 919 of Romain Dumas, Neel Jani and Marc Lieb. The fight was fantastic – and bodes well for the rest of the season.

Just six seconds separated leader Fassler from Jani after their final full pitstops, only for a puncture to thwart the Porsche. A splash-and-dash for the Audi renewed hopes of a thrilling climax, only for Jani to require his own top-up before the end. Audi had not won for 11 months, since the Spa 6 Hours last year, but its jubilant celebrations were cruelly premature. An appeal against its exclusion has been lodged with the FIA.

The stewards’ decision not only handed victory to Dumas and co, it also bumped the new Toyota TS050 Hybrid of Stéphane Sarrazin, Mike Conway and Kamui Kobayashi up to second. The sister car was delayed by catastrophic damage from a puncture caused by contact with a GT car while Kazuki Nakajima was at the wheel, on a day that suggested Toyota still has much work to do if it is to return to its winning ways of 2014. 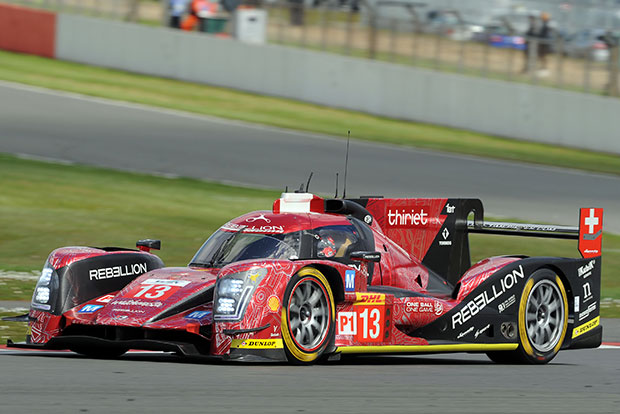 Ferrari dominated GTE Pro, Davide Rigon and Sam Bird leading all the way. The sister car of Gianmaria Bruni and James Calado started with a three-minute penalty for an overnight engine change, charging impressively up to complete a Prancing Horse one-two at the expense of Motor Sport columnist Darren Turner, Nicki Thiim and Marco Sørensen in the Aston Martin Vantage. Still, the podium capped a successful home sortie for Turner, who’d led the Beechdean Aston team to GT victory the previous day in the four-hour ELMS round. 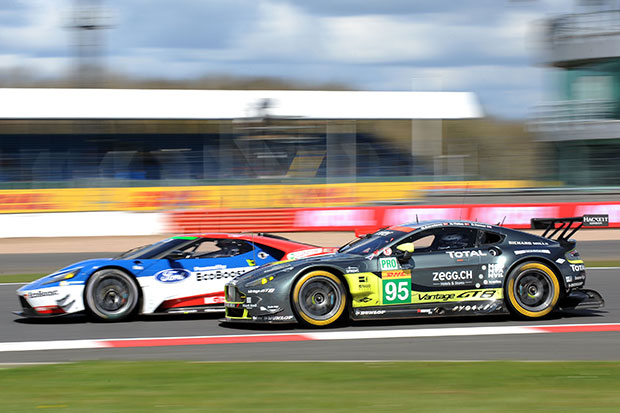 That race was won by a certain Gibson-Nissan you can read more about in the next issue of Motor Sport. G-Drive’s venerable LMP2, run for so many years under the Jota Sport banner and in its previous guise as a Zytek, claimed the first race of its final season in the hands of Giedo van der Garde, Simon Dolan and Harry Tincknell. In the ‘baby’ prototype class, Zak Brown’s United Autosports claimed a one-two on its debut in LMP3.

You can buy the lead image here.

Or you can view the race on the Motor Sport Database here. 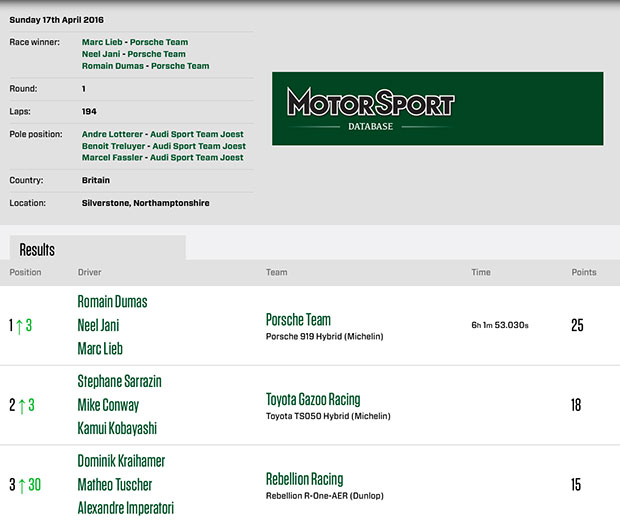