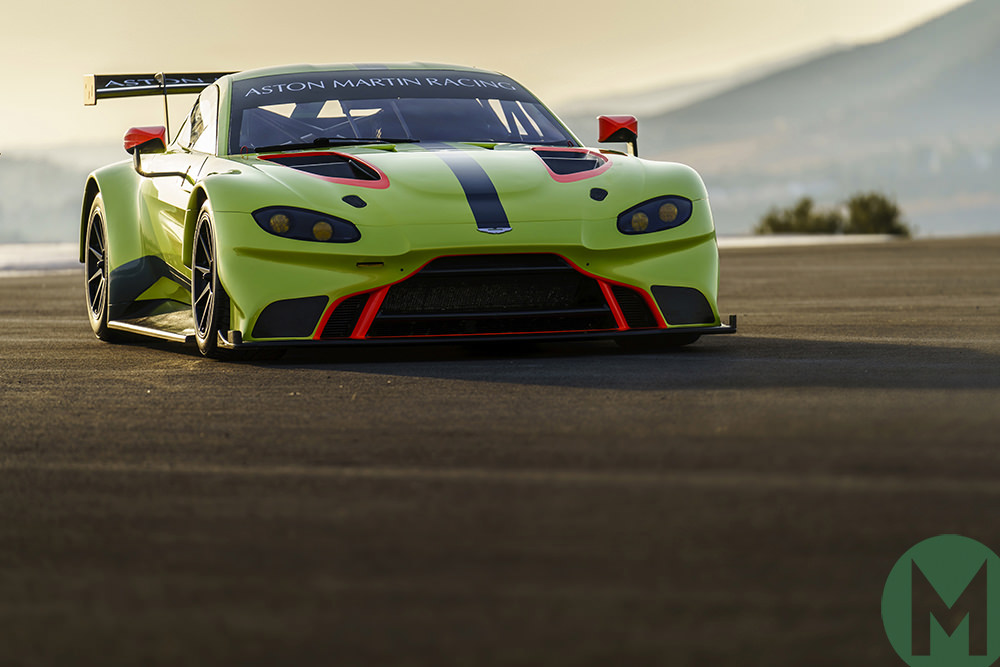 After months of speculation and spy shots, Aston Martin has finally revealed its 2018 GTE challenger, based on the road-going model released earlier today.

The British marque has also confirmed the signing of 2014 GP3 champion and GP2 race winner Alex Lynn, joining fellow Brits Darren Turner and Jonny Adam, plus Danes Nicki Thiim and Marco Sørensen on the roster. More drivers are still to be confirmed.

The car has spent the summer testing at Rockingham, Sebring and Navarra – including a 30-hour stint in Spain, with the team praising its driveability and durability. Aston Martin Racing has confirmed it will be switching its Dunlop rubber for Michelin for 2018.

Aston Martin Racing technical director, Dan Sayers, said this project has been one of the most intensive but also rewarding of his career, adding: “We’ve collaborated closely with the Aston Martin’s Gaydon headquarters to develop the road and race cars in parallel. Attention to detail has been a priority at every step of this process and we’ve made big improvements in each area of the car.”

AMR’s managing director, John Gaw, said: “The increasingly tough competition in the GTE class and the prospect of two visits to Le Mans and a return to Sebring within the 2018/19 super-season is thoroughly tantalising. We believe the Vantage GTE will bring further success worldwide to Aston Martin Racing in the coming years.”

The car will first be in competitive action at the opening round of the 2018 World Endurance Championship at Spa-Francorchamps, Belgium, in May 2018.