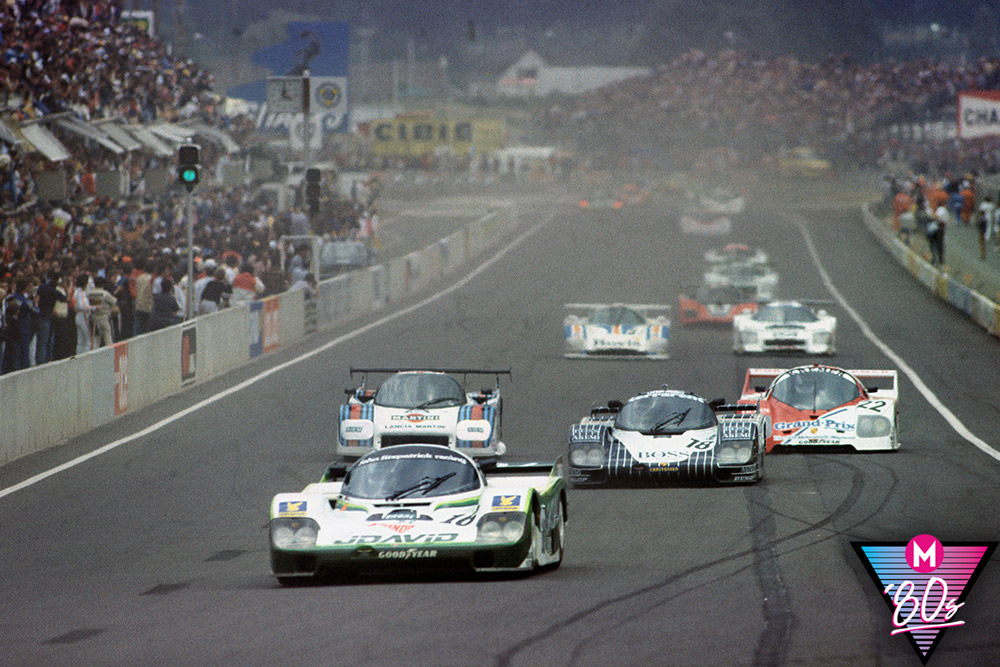 The passing of Gérard Welter at the age of 75 in January reminded me of the appeal of Group C. Or at least part of its appeal — and a part that is sadly absent from the highest level of sports car racing today. The exploits of Welter’s WM team and its quirky Peugeot-powered specials at the Le Mans 24 Hours in the 1980s are as much as part of the Group C story as those of Porsche, Jaguar and Sauber-Mercedes at the front of the field.

Welter and his partner Michel Meunier didn’t go to Le Mans with the target of winning the race, nor really even to register top-six or top-10 finishes. They and their happy band of part-timers went with the aim of achieving the highest possible speed down the Mulsanne Straight at a time when the cars were unfettered by chicanes.

WMs seldom reached the finish on Sunday afternoon; fourth in 1980 with a car running in the GTP class, the forerunner of Group C, was a rare finish. But Welter and Meunier did achieve their primary goal on a regular basis.

Le Mans, and to a lesser extent the old World Sportscar Championship that went under various names through the Group C era, consistently threw up the weird and wonderful, those bizarre specials that had no chance of success. Success for many of them was just being there on the grid. 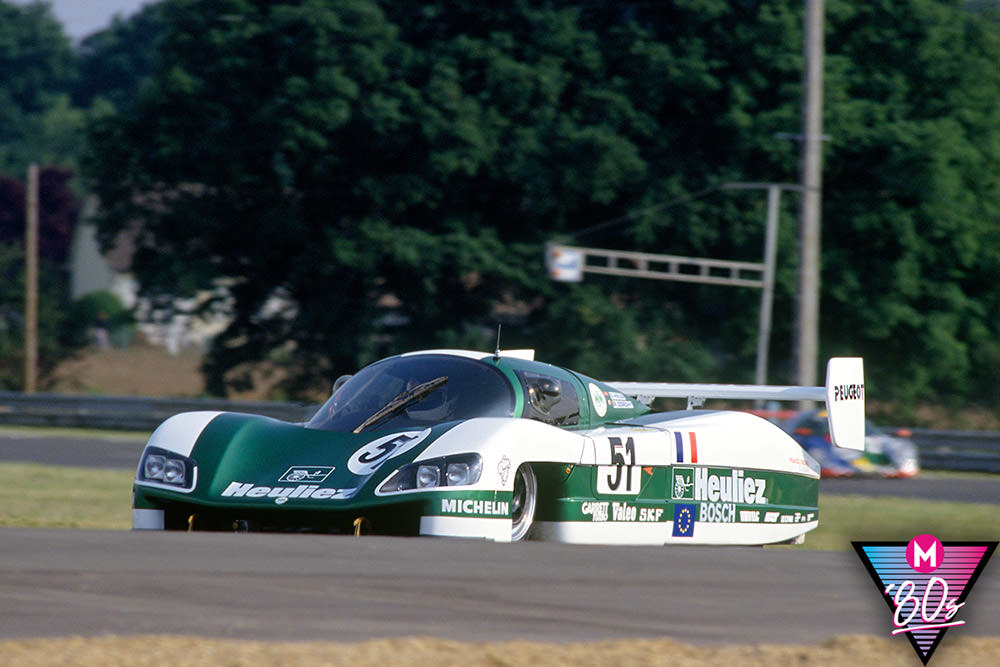 The days when a group of enthusiasts could build a racing car capable of going to Le Mans in a garage, of course, continued beyond the end of Group C. Welter was a case in point. He came back to the 24 Hours in 1992 when race organiser the Automobile Club de l’Ouest allowed in the central-seat sports cars from the Peugeot 905 Spider series and hit the bullseye again when William David claimed outright pole position —Welter’s new target — with one of his low-weight, high-boost Peugeot-powered WR prototypes in 1995.

Builders of what we nostalgically call ‘specials’ have disappeared from Le Mans and the higher echelons of sports car racing. Ever stricter homologation requirements have made their life harder and harder, but now they have also been legislated against.

The new LMP2 rulebook that came into force for the 2017 season gave licences to just four constructors. The rule makers were effectively saying there was no room for the modern equivalents of Bardon, Ceekar and Strandell, just some of the minnows that built cars for the secondary, Group C2 category.

That’s a shame to my mind. Wouldn’t it be great if a small and plucky British constructor like Spire, a builder of successful sports cars for the 750 Motor Club’s Bikesports category, came across an aspiring driver with a bit of money who wanted to fund a Le Mans car?

No chance that they could build one today; more’s the pity. The ACO talks about the ‘Road to Le Mans’ and a pyramid of endurance that allows drivers to progress onwards and upwards towards the pinnacle of sports car racing, but where’s the staircase for constructors? There isn’t one. So a marque such as the one named after the crooked spire of Chesterfield cathedral has never even come close to making it to Le Mans.

Think back to 1982, and one of the most cost-effective Group C racers of them all. The De Cadenet Lola wasn’t a success, apart from getting its creator, ADA Engineering, onto the grid. Four years after failing to break the four-minute mark in qualifying with a car nicknamed the Morris Minor, ADA won the Group C2 class and finished eighth overall at Le Mans in 1986.

It won with a German-built Gebhardt chassis that had been substantially re-engineered at ADA’s West London workshops with a rear end borrowed from a Williams FW06 Formula 1 car. The next year, the Brentford boys became fully-fledged constructors, debuting the ADA 02 (the 01 was a reworked version of the Lola-based Moggy) at the Brands Hatch 1000km. 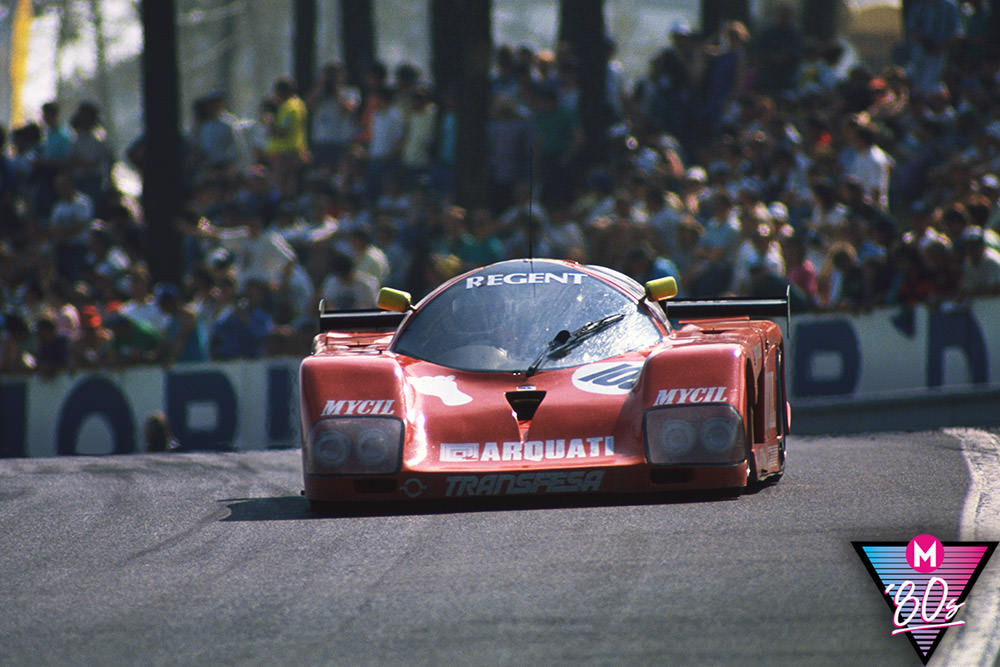 Had ADA not crafted its original creation out of a collection of old bits — including a Porsche 906 windscreen mounted upside down — there would have been no Le Mans class win and none of its finely-crafted and lovely-looking chassis of the late 1990s.

The diversity that Group C gave us is why I, and many others I’m sure, love the category. Proper Group C, by which I mean the fuel-formula era from 1982-1990, was inclusive in a way that so many other rulebooks haven’t been.

There was no cubic capacity limit on engines, just a cap on how much fuel could be used over the course of a race. The idea was that anyone could compete. There could be no excuse that you didn’t have the right outfit (read engine) to go to the party. Flat-sixes, V8s and V12s, turbos and normally-aspirated engines and Mazda’s rotaries all competed with effect. (Welter, for the record, opted for a turbocharged version of his employer’s PRV V6.)

People often try to pin down my beliefs on the greatest era of sports car racing. As far as the racing goes, it’s the one that is currently drawing to a whimpering close. I call it the high-tech era, and it started when Audi arrived with its R10 TDI turbodiesel in 2006, came alive when Peugeot arrived with the same technology the following year and kept getting better through the early years of the reborn World Endurance Championship until the German manufacturer departed at the end of 2016. 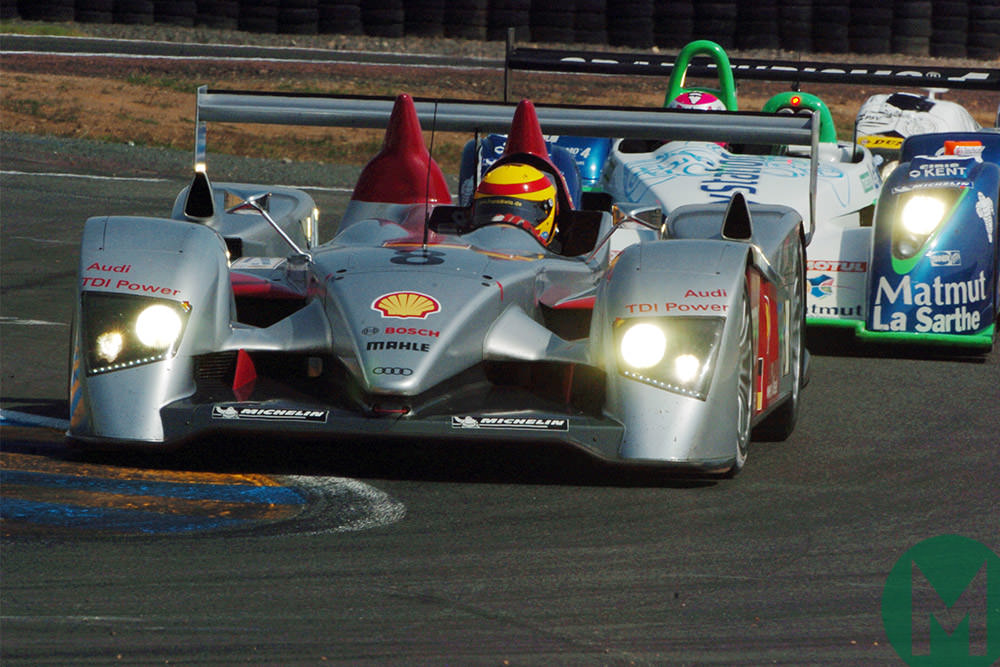 Those years gave us some of the best racing ever and a series of classic Le Mans. The 2008 and 2011 editions are among the best ever, and the 2015 and 2016 races run them close. And that’s not to discount the other frenetic races fought out by super-fast LMP1 cars in the WEC, the European and American Le Mans Series.

But the best era for sports cars? It has to be Group C. It gave us the Porsche 956/962, the Lancia LC2, the Jaguar XJR9 and the Mercedes C11. And then we shouldn’t forget the likes of monsieur Welter’s WM-Peugeots that added something extra to the already-rich tapestry of the class.