There may be detractors when it comes to Porsche’s record lap at the Nürburgring, but the feat is a symbol of engineering excellence, says digital editor Jack Phillips 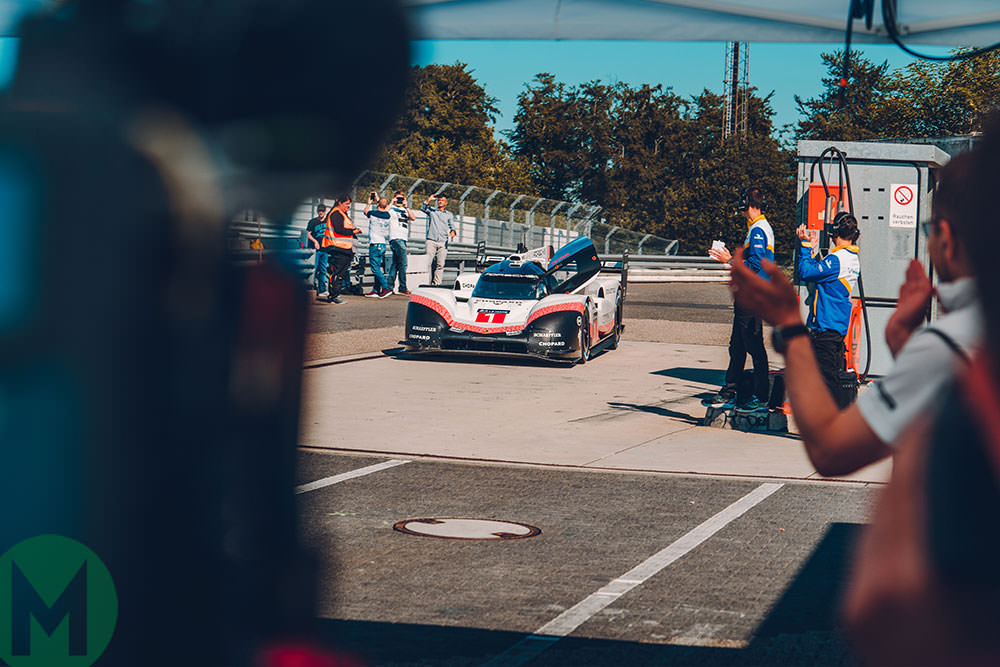 Pointless. Irrelevant. A waste of money. That was the response to the 919 Evo’s record-breaking lap of Spa-Francorchamps in April.

This time it’s different. Maybe it is the sheer incomprehensible scale of the Timo Bernhard’s achievement today, wiping one minute from Stefan Bellof’s once-untouchable Nürburgring lap record, but today’s effort has been met with ‘wow’, ‘amazing’, ‘incredible’, ‘insane’.

The records themselves – 1min 41.770sec around Spa, the best part of a second quicker than Lewis Hamilton, and 5min 19.345sec around the Nürburgring – are officially meaningless. They’ll stand forever, and that’s probably how long they will stand, as ‘unofficial’ because they aren’t set during a race or adhering to any kind of regulations.

But that isn’t the point, and Bellof’s record is in no way diminished – as Dickie Meaden wrote straight after witnessing the feat. This has been an exercise in engineering excellence. Marketing, maybe, but all motor sport is. Porsche deserves credit for not simply wheeling its 919s away into the Porsche museum under dust sheets.

The Evo project is flying in the face of the ever-growing rulebooks that are stifling engineers across modern motor sport. These are engineers that could be, for all we know, the next Colin Chapman, John Barnard, Gordon Murray or Adrian Newey but are instead being handicapped by series becoming more and more formulaic. No longer can a young engineer or designer shake up the junior series with an innovative piece of design. Instead, they are expected to specialise and try to navigate the minutiae of regulations – problems they are solving impressively, it must be said, so as not to underplay the talent every one of the world’s top engineers has.

But designing a car from top to bottom, understanding and improving every element, is a thing of the past. Now it’s a case of ticking boxes, some of which are mind-bogglingly complex. Ask a designer of a certain vintage if that’s made the sport a slightly lesser place and they will usually nod.

That’s not to say the Evo is the product of one such engineer, but the project has unshackled its engineers to produce the ultimate. That’s what motor sport should be about.

And then there are the drivers. Too often during the outgoing hybrid era of sports cars were drivers accused of driving less and fulfilling tasks more. But dragging a car around the Nürburgring inside five and a half minutes takes something special, not least in the guts department. So too does racing at Le Mans, setting laps in the 3min 14-17s while at the same time diving inside, outside and through traffic.

The project has unshackled its engineers to produce the ultimate. That’s what motor sport should be about.

This Evo is a fitting send-off, too, to what was one of the greatest eras of sports car racing. Cars from three different manufacturers edged closer and closer to Formula 1 lap times, a remarkable feat when you consider its brief is to run at that pace over such long distances. And there was no easing off, the WEC has become a sprint-race formula over an endurance-race distance. They were pushing to be so fast that it went too far, and the cars could no longer cope. Adding yet more drama.

To that end, many sports car fans have asked why Porsche has spent so much money on this Evo project rather than continuing its LMP1 race programme. Porsche is doing as its pleases, and, after all, what did it have left to prove? Three Le Mans wins in a row, in different circumstances – sometimes it was fastest and favourite, others the opposite – three world championships.

Its programme lasted only four years, and Porsche won its first race in its first year against the established Audi and Toyota.

Its familiar celebratory t-shirts should have read ‘job done’ in 2017.

This is an epilogue to that which we should enjoy, marvel at and simply appreciate while we can.