A campaign has been launched to raise financial aid for legendary rallying and racing all-rounder Vic Elford, who is fighting cancer at the age of 85.

The Englishman, who scored a string of high-profile victories on stage and track during the 1960s and early ’70s, is battling the return of an aggressive form of prostate cancer from his home in Florida and recently suffered a setback when he broke a leg in a fall.

Elford and his wife are facing the reality of overwhelming medical bills, an urgent need to outfit their home with a stairlift and assistive mobility devices, and securing his future care requirements. His former Porsche team-mate, rival and now friend Brian Redman is working to gather support for Elford’s cause. “It’s sad today to see his position today,” said Redman.

Elford is revered in motor sport as one of the great all-rounders who was equally at home on rally stage, at Le Mans and on fearsome road circuits such as the Nürburgring and the Targa Florio, during a deadly era. His standout achievement came early in 1968 when he scored a breakthrough win for Porsche driving a 911 on the Monte Carlo Rally, then travelled directly to Florida where he claimed another famous victory for the manufacturer in the Daytona 24 Hours, driving a 907. That season he also added a win on the Targa Florio and made his Formula 1 debut, finishing fourth in the French GP driving a Cooper-BRM. 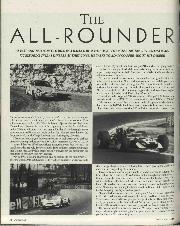 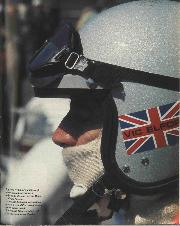 Mention the name Vic Elford and it doesn't take long for the phrase 'all-rounder' to crop up. It may be a bit of a cliché, but just consider Vic's achievements…

Typically of this generation of hardened racers, Redman remains unsentimental about his fellow Florida resident as he attempts to raise much-needed financial aid. “Of course I knew about Vic’s rally success and his wins in 1968 at Daytona, the Targa and Monte Carlo Rally,” said the Lancastrian when asked for his memories of Elford. “I heard that he asked if I could drive with him in the new 1969 Porsche team with initially 10 drivers and five cars. So I arrived at Daytona to meet Vic and the team in January.

“My right forearm, broken in the Spa F1 accident [in 1968], hadn’t healed, and had to be redone in Johannesburg just five weeks before the race. I took the sling off and didn’t tell anyone, driving pretty well with one hand – so I was not unhappy, or to be more accurate was extremely happy, when one by one our 908s broke down. On Monday morning Rico [Steinemann, Porsche’s team manager] asked if I’d like to be No1 and choose my co-driver or would I go as No2 to Jo Siffert. We had a great season, winning five of the 10 races. So of course now I’m racing against Vic!

“Unknown to the official JWAE Porsche 917 and 908 team was the fact that Porsche Salzburg were also going to run cars for Vic and Kurt Ahrens. So again, we were competitors in 1970. You’re not exactly ‘friends’ when competing against each other, but Vic and I have always had a good relationship. At dinner parties Vic will boast – sorry, talk – about his five Nürburgring wins. I then gently tease him by reminding him that two of those wins came when we broke down: 1970 when the 908/03 ran out of oil and also 1970 when my Chevron B16/S, leading by two and a half minutes, caught fire. Vic won in factory B16.”