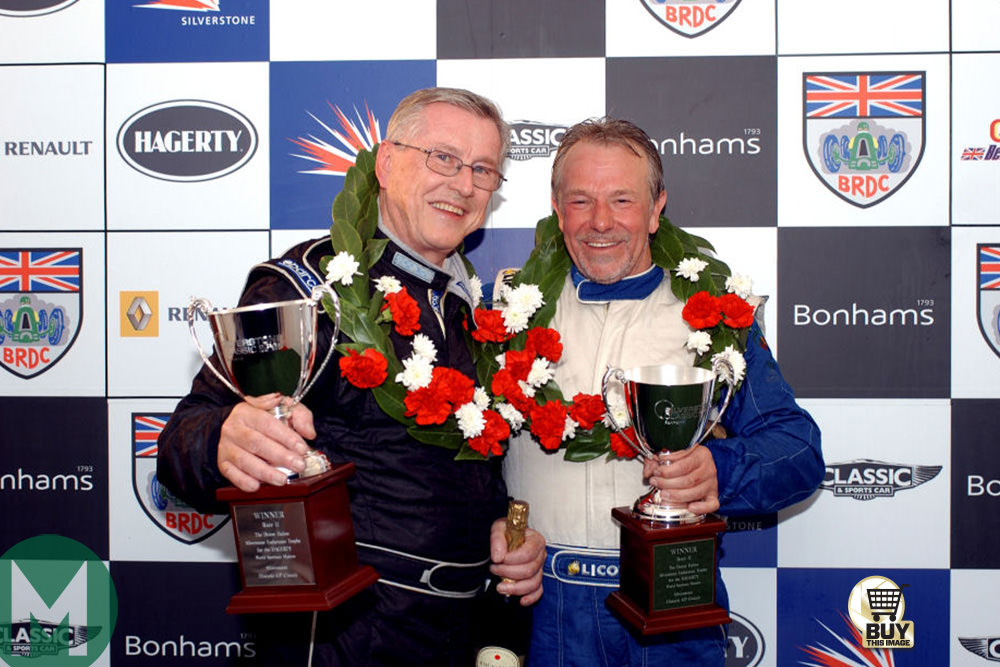 What’s in a life?

In the case of Martin Birrane, probably around a dozen of them all packed into one remarkable existence.

Birrane’s love affair with the sport ran the full gamut of roles as mentioned above. So, when he died unexpectedly last month, something of a chasm appeared on the racing landscape.

On Monday his family, friends, colleagues, business partners and fellow racers all said goodbye to a man who was universally respected for his many great achievements in the sport.

It says so much about him that he was in the middle of planning Mondello Park’s 50th anniversary and Lola’s 60th.

Motor sport was a love that started relatively late, though. Prior to competing, initially in karts, Birrane had channelled his creative energy in to the arts, appearing as an actor, model and even a singer in various locations around the world.

He had even struck up a friendship with one Maurice Micklewhite, who later found stardom as Oscar-winning actor Michael Caine.

Additionally, Birrane had many talents above and beyond his recognised accomplishments in racing, showing his natural aptitude for a deal.

A potent and talented businessman, he built up a successful property business which came under the Peer Group umbrella. This, in turn, allowed him to pursue his racing passion on so many levels.

You’ll see plenty of tributes written about Martin referring to him as a gentleman and undoubtedly that is true. But don’t assume that such meticulous manners and charm completely dominated his personality.

In a racing car he was as hard as they come. Anyone who annoyed and rattled the redoubtable Gerry Marshall, as Martin did when the pair went head-to-head in Super Saloons in the 1970s, demanded respect.

His career was too vast and varied to detail adequately here. But, whether it was in saloon cars, Formula 5000, Le Mans 2-litre cars, the BMW M1 with which he won his class at Le Mans in 1985 or his beloved Lola T70, Birrane was always at the limit.

His final race, at the Silverstone Classic in 2007, came in a Lola MkIIIB in dramatic circumstances and illustrates his drive.

In business, Martin was also firm but always gained respect. As a leader he was quietly inspirational because if you loved racing at anything like the level he did, then you had a friend as well as a boss.

Having known him for 20 years and worked for and with him for 10, the memories are vivid and will remain so.

His 15 years in charge of Lola were largely successful but also tumultuous in a way that mirrored in some respects the great manufacturer’s early history when Eric Broadley was building the company up.

One memory perhaps encapsulates this perfectly.

It was the Friday at Le Mans 2009. This was judgement day, a kind of titanic crossroads for Lola as he took a call from Bernie Ecclestone regarding Lola’s nascent but very credible ‘cost-cap’ entry plans for the 2010 Formula 1 season.

Through a fog of vested interests and uber-politics, the news was not good. After being told everything was in order and that ‘things looked good’ by the ringmaster, Martin was anticipating a straightforward tick in the box that would see Adam Carroll and probably Takuma Sato start the following spring’s Australian Grand Prix in two shiny and proud Lola F1 cars.

Instead there was dejection, and having been in the room when he took the call, I can tell you that every part of that disappointment was etched on his face.

A day later, as the news became public, we went up to the ACO tribune opposite the pits to watch the start of the race. There, beaming with pride Martin watched as eight Lola LMP cars roared down to the first chicane nibbling at the ankles of what he called ‘the big boys’ of Audi and Peugeot.

I wasn’t sure if it was the sun or not, but as he turned around and said, “Bloody marvellous eh?” There were tears in his eyes.

He always said that he bought Lola as a “95 per cent business decision” and while there were no doubts he delivered a refreshed and successful direction for the company, there was an obvious affectionate reflex to his decision that probably meant there was a potent emotional energy in his decision.

And for that Birrane should be lauded – for giving so much to the racing industry on so many levels – because what he brought to the sport far outweighed what he took out.