As the GTE Vantage makes its bow, Aston Martin confirms the GT3 replacement 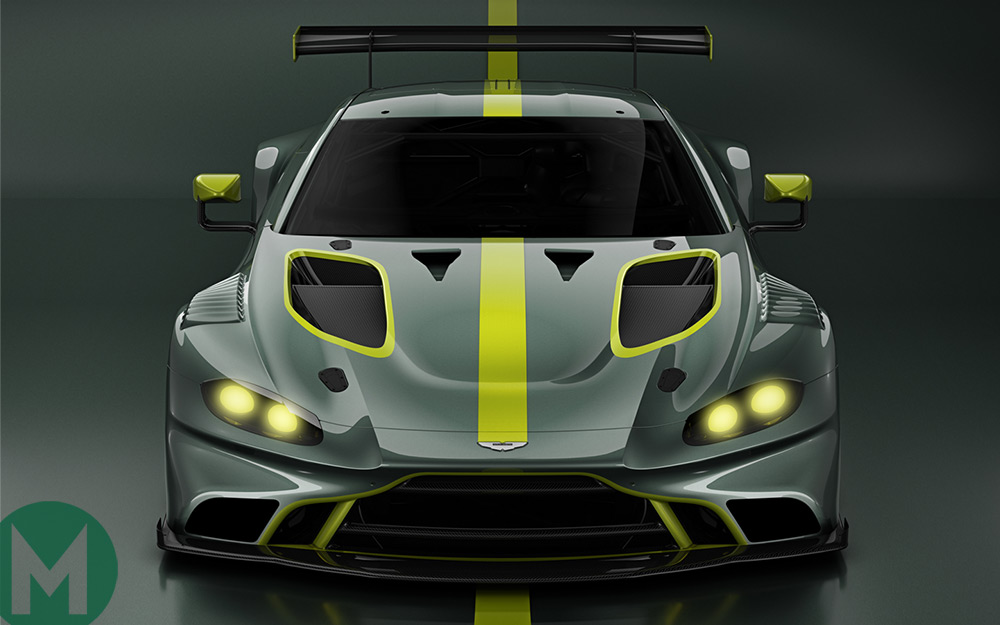 The successor to the hugely successful GT3 and GT4 Aston Martin V12 Vantage has been announced, on the eve of the GTE car’s competitive debut at Spa.

Now powered by a race-prepared version of the Mercedes-based 4.0-litre V8 twin-turbocharged engine from the road car, the GT3 and GT4 is expected to be homologated in early 2019 ready to race.

The outgoing Vantage GT3 was first introduced seven years ago but remains a prominent force in GT3 racing. Five are currently at the sharp end of British GT, with Jonny Adam and Flick Haigh winning the opening round at Oulton Park in April. No driver has won more British GT GT3 races than Adam, who has spent his GT career with Aston Martin.

The 2019 Vantage GT3 – for which orders are being taken – has a big reputation to uphold as it replaces a car that has won three British GT titles, Blancpain Asia and the Pro/Am class of Blancpain Series Endurance Cup.

Aston Martin Racing managing director John Gaw expects a similarly long competitive and race-winning lifespan for the new car. “We told the clients who first purchased our GT3 cars seven years ago that they would be buying a car that would be capable of winning races for years to come,” he said. “This year we have already proved that with the Aston Martin V12 Vantage GT3’s successes in the British GT Championship.

“That longevity is something that separates us from other manufacturers. I expect the new GT3 and GT4 to be just as competitive as the cars they are replacing and to remain so for a similar period of time.”

With GT3 predominantly won or lost by the amateur in the car, driveability will be key to car’s success according to AMR president David King.

“The qualities you’re striving for are a competitive edge, driveability and the durability to deliver upon it,” King said.

“We’ve been able to deliver this to our customers for more than a decade with our Vantage GT4 and more recently with the V12 Vantage GT3. In the new Vantage GT3 and GT4, we intend to build on those attributes as well as continuing to deliver the best-looking cars in the paddock.”