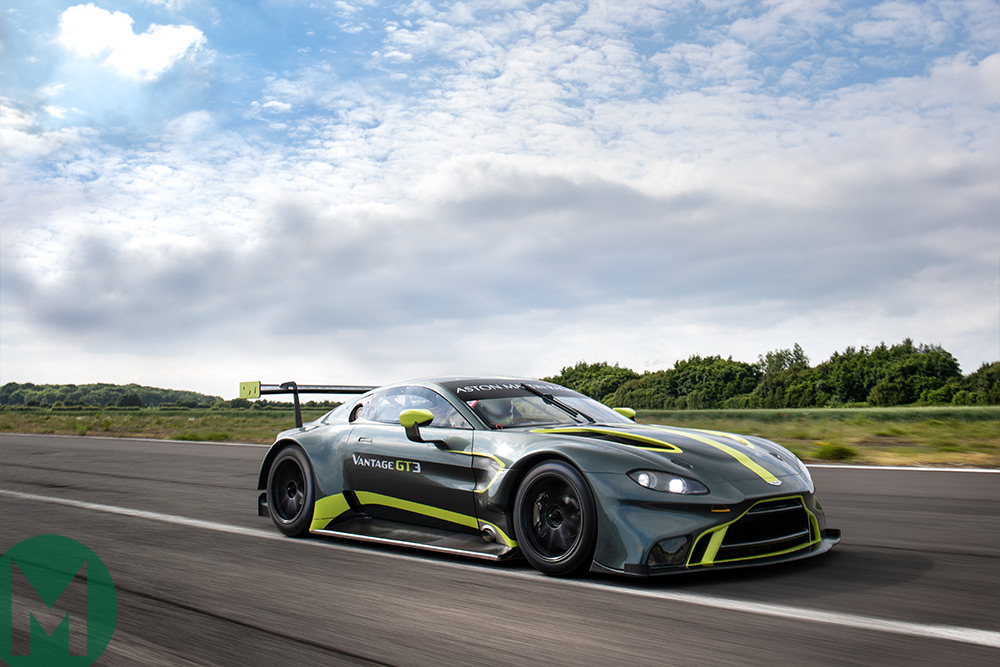 Aston Martin will give the Vantage GT3 its debut at the Nürburgring Nordschleife in the VLN Endurance Championship on October 6.

Darren Turner and Maxime Martin will race the car in GT3 specification, but as it’s not yet homologated, it will race in the unique SPX class. This four-hour race will serve as a test outing for the car before its March 2019 homologation date.

Two other Vantages will also be entered, with Turner also sharing one V12 Vantage with Jürgen Kroner and Marco Müller, while Chris Goodwin and Ross Gunn will share a GT4 Vantage as they race towards a full VLN licence.

“The Nordschleife is like a spiritual home for GT racing so to be there at the start of a new programme is really special,” said Turner.

“It’s a circuit that presents a huge challenge for the cars and it’s where we need to be racing to find and extend the limits of the Vantage GT3. It’s always great to be a part of the early stages of a development process, and the fact that we are already taking it racing says a lot about its potential and the confidence we have in it. The early signs are that it is going to be race winner in the not too distant future.”

Martin added, “Last time we were there with the old car (the V12 Vantage GT3) we finished P4 so I can’t wait to find out what the new car can do.

“It’s a great challenge and being part of the development of the new car is awesome. In terms of what to expect, we have some basis of understanding from the FIA World Endurance Championship GTE version, so it will be interesting to see how the new car will react to this kind of track.

“There is so much going on at the Nordschleife with its mix of high and low-speed corners and all the bumps. It is definitely the toughest track in the world.

“If the car is quick there, we can be sure it is fast everywhere.”