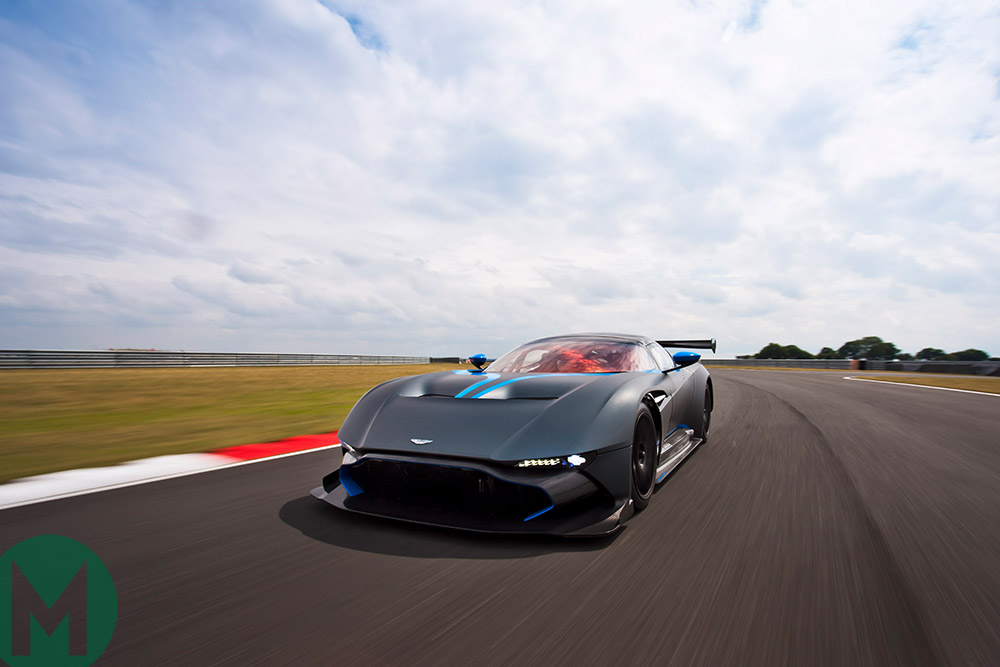 A pair of Aston Martin Vulcans will contest the Aston Martin Festival race, which acts as the support for the Le Mans 24 Hours on June 16.

The V12, 7-litre engined Vulcans will form part of a grid that is mostly occupied by Vantage GT4s, with the 45 min race taking place on the full Le Mans circuit.

The Vulcan – of which all 24 were sold – is a track-only, £2.2m car producing 820hp and developed with the help of Aston Martin’s works drivers, including Darren Turner.

On the grid alongside the Vulcans and the GT4s will be the V12 Vantage GT3s, one of which will be raced by Aston Martin managing director John Gaw, along with older Vantage GT1s, GT2s and the 2016 World Endurance Championship-winning V8 Vantage GTE with Marco Sørensen’s brother Lasse and Benny Simonsen at the wheel.

Michelin will be providing the tyres for all the cars, with the race set to take place at 10.15am (CET) on June 16.