Before there was Jacky Ickx, there was Olivier Gendebien. Which of Belgium’s most successful racing drivers was the best? The easy answer is to jump straight to the younger man and his six Le Mans wins and eight grand prix victories. But even Ickx wasn’t as prolifically successful in sports cars as 2020 Motor Sport Hall of Fame nominee Gendebien managed in an astonishing run of success between 1957 and ’62.

In his infamous book ‘My Terrible Joys’, Enzo Ferrari described his greatest sports car driver as “A gentleman who never forgets that noblesse oblige and, when he is at the wheel, he translates this code of behaviour into an elegant and discerning forcefulness.” Gendebien was a natural gentleman and an artist.

World War II broke up his engineering studies at university, and he found it necessary to swap his books to become a paratrooper and Resistance fighter. Post-war, it was during his time as a forester in the Belgian Congo (now Democratic Republic of Congo) that he discovered a skill in driving and upon his return to Europe Gendebien took up rallying. Second place and then victory on the Liege-Rome-Liege Rally in 1953 and ’55 respectively suggests he wasn’t bad. 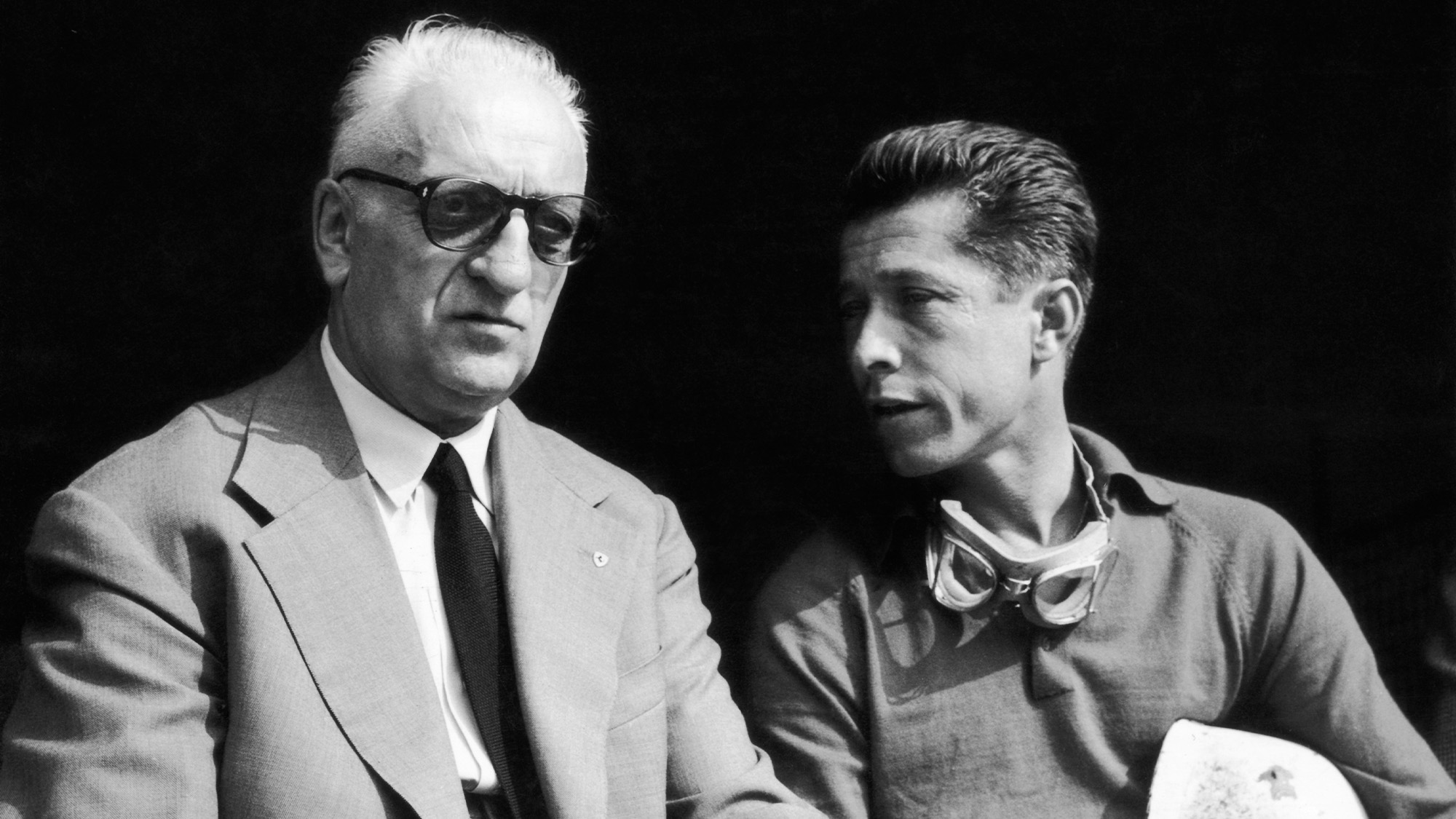 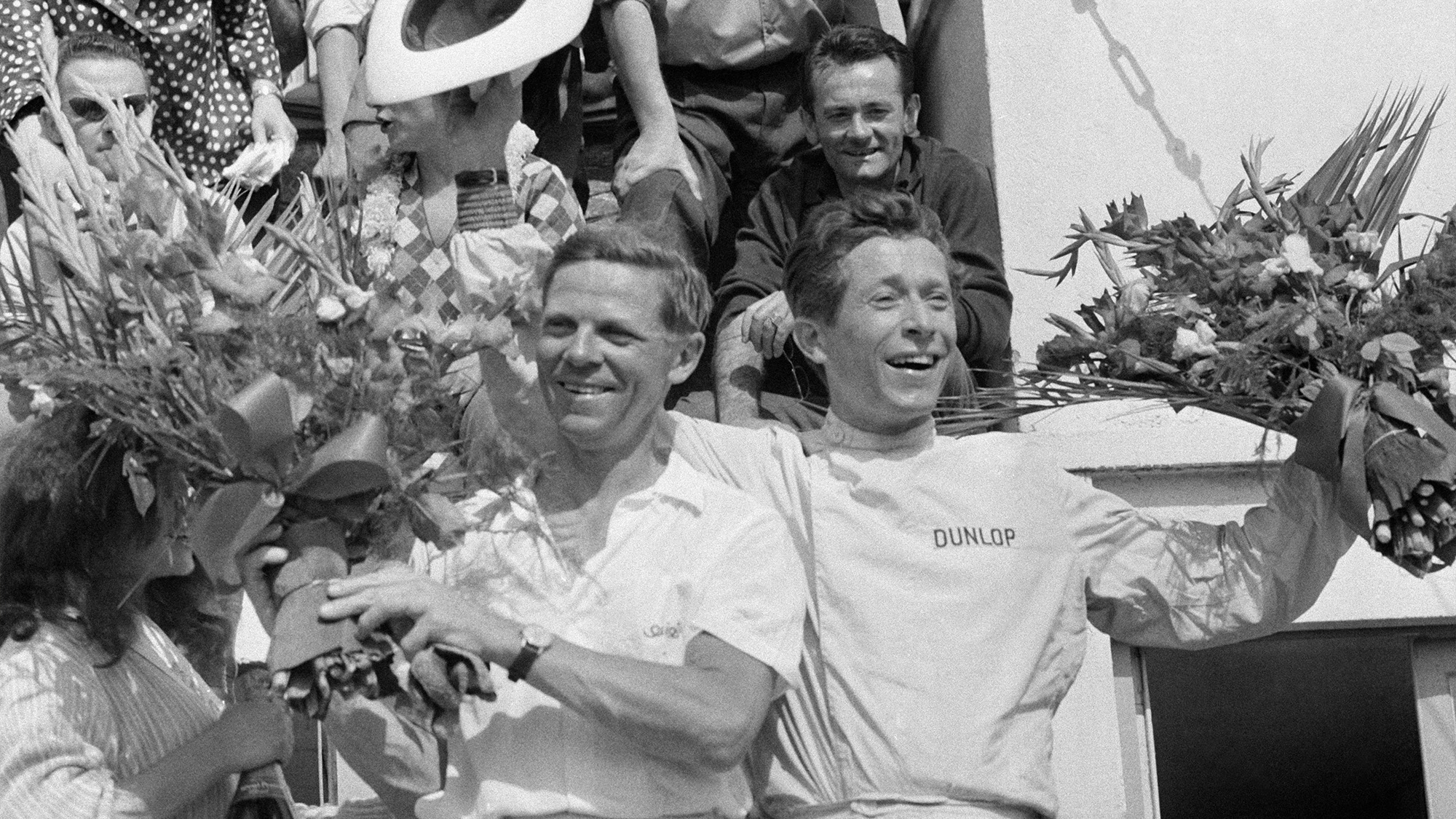 Gendebien's second win of four at Le Mans, with Paul Frère in '60

Ferrari spotted this talent and made one of his most canny signing in 1956, kick-starting a remarkable career that is somehow too often overlooked: three times a winner of the great Sicilian road race, the Targa Florio (1958, ’61 and ’62); a hat-trick at the Sebring 12 Hours (1959, ’60 and ’61, the middle one in a Porsche 718RS); twice a winner of the Reims 12 Hours (1957 and ’58); and conqueror of the Nürburgring 1000Kms in his final season in 1962. In a sports car, only Stirling Moss came close. But it was at the Le Mans 24 Hours where Gendebien gently made his point with his trademark mechanical sympathy and an easy panache. Four wins in five years for Ferrari was a remarkable strike rate by any standard, sharing once with countryman Paul Frére and three times with American Phil Hill, another gentleman driver (in the best and quickest sense) and the team-mate with whom he is most associated. They were Ickx and Bell more than a decade before Le Mans’ most famous pairing even met. 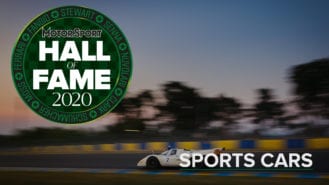 Through the toughest races in the world, on some of the most gruelling circuits, and faced with random and unpredictable adversity, the great sports car drivers manage to triumph against…

Gendebien also stands out as a fine grand prix driver. He only made 14 intermittent starts during the 1950s and early ’60s, but he scored world championship points in half of them, including a fifth place in his first, down in Argentina in ’56. His best Formula 1 season was not for Ferrari, but in a Yeoman Credit Cooper T51 in ’60 when he finished third at his home grand prix at Spa (where team-mate Chris Bristow perished) and second in France. Had Enzo focused on his F1 career instead of endurance racing, perhaps more would have followed.

Then in 1962, after success at the Nürburgring, a fourth Le Mans win, he walked away from racing, tired of the infernal politics at Ferrari, never to return. Independently wealthy with a family to think about and a wife who was desperate for him to quit, he stopped, still at the top of his game. Then again, during his time with Enzo’s team he had found himself racing with and against Peter Collins, Alfonso de Portago, Luigi Musso and Wolfgang von Trips – and where were they now? Having survived one of motor sport’s most deadly eras, it was surely a good decision to call it a day at 38, to live a fruitful life beyond the tracks – unlike so many of his old comrades and friends. He died still relatively young in 1998, aged 74.

Voting is open for the 2020 Motor Sport Hall of Fame, with Olivier Gendebien among the sports car nominees. Make your choices below, and be in with a chance of winning a £265 Stirling Moss print from Tim Layzell.