The Brabham BT62 sports car won on its debut at Brands Hatch, with David Brabham at the wheel; the team is targeting a Le Mans entry in 2022 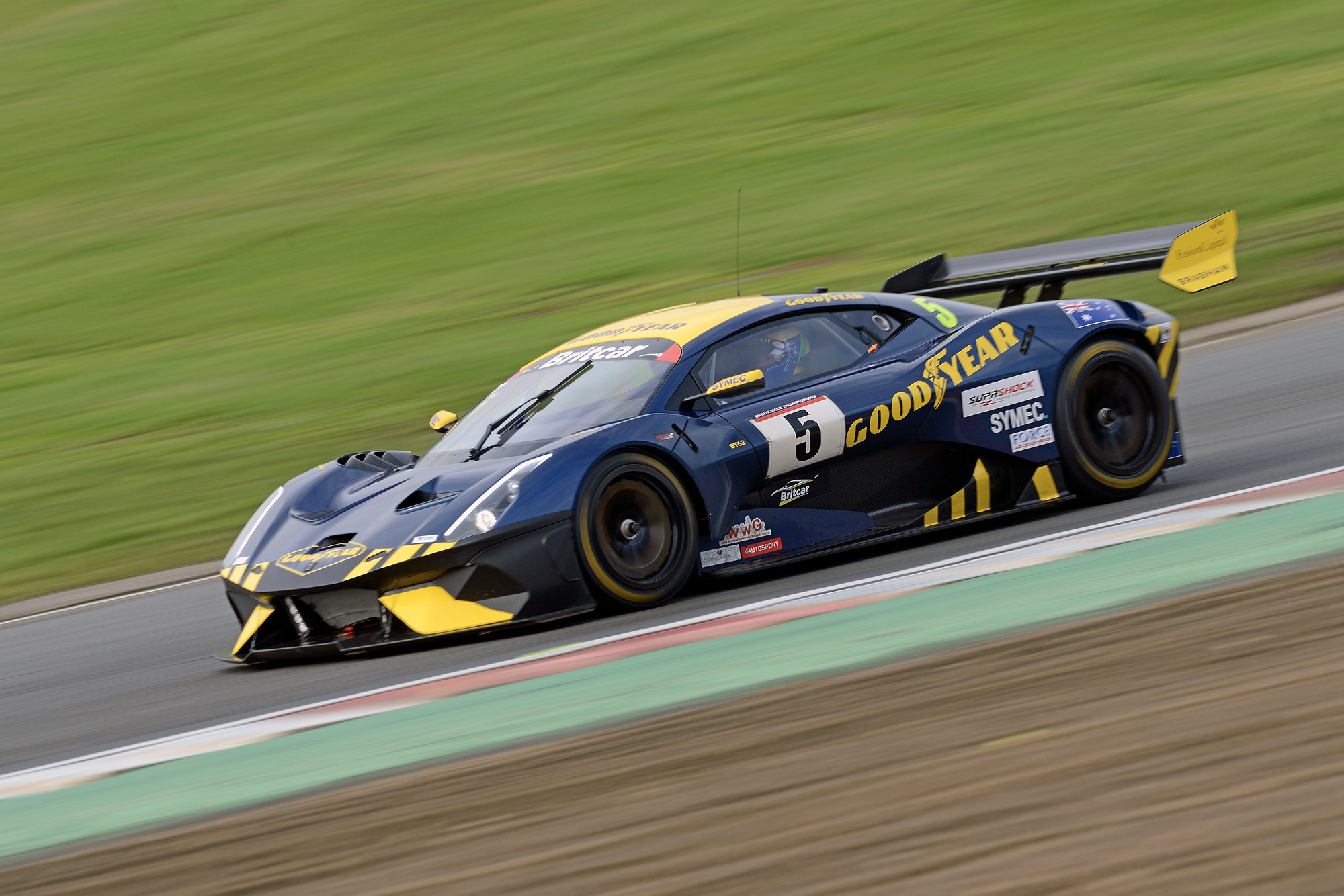 Through the rain, the spray and the glare of lights at Brands Hatch on Saturday night, came a car with a badge bearing one of the most famous names in motor sport.

And behind the wheel was a driver with the same name.

For the first time since the South African Grand Prix in March 1970 a Brabham, racing a Brabham, was set to win a race.

“It was a dream start for the car and for the group. It’s the rebirth of Brabham back on a racetrack and there are lots of mixed emotions,” Brabham told Motor Sport.

“With three or four laps to go I could feel myself starting to feel the emotion of it, and I was like, ‘No, no, focus!’ because the conditions were treacherous – you didn’t want to make any sort of mistake – and I didn’t want to throw that win away by pre-empting things in my head and thinking about it. It’s a fantastic achievement and I’m just really proud of everybody involved in the project.” 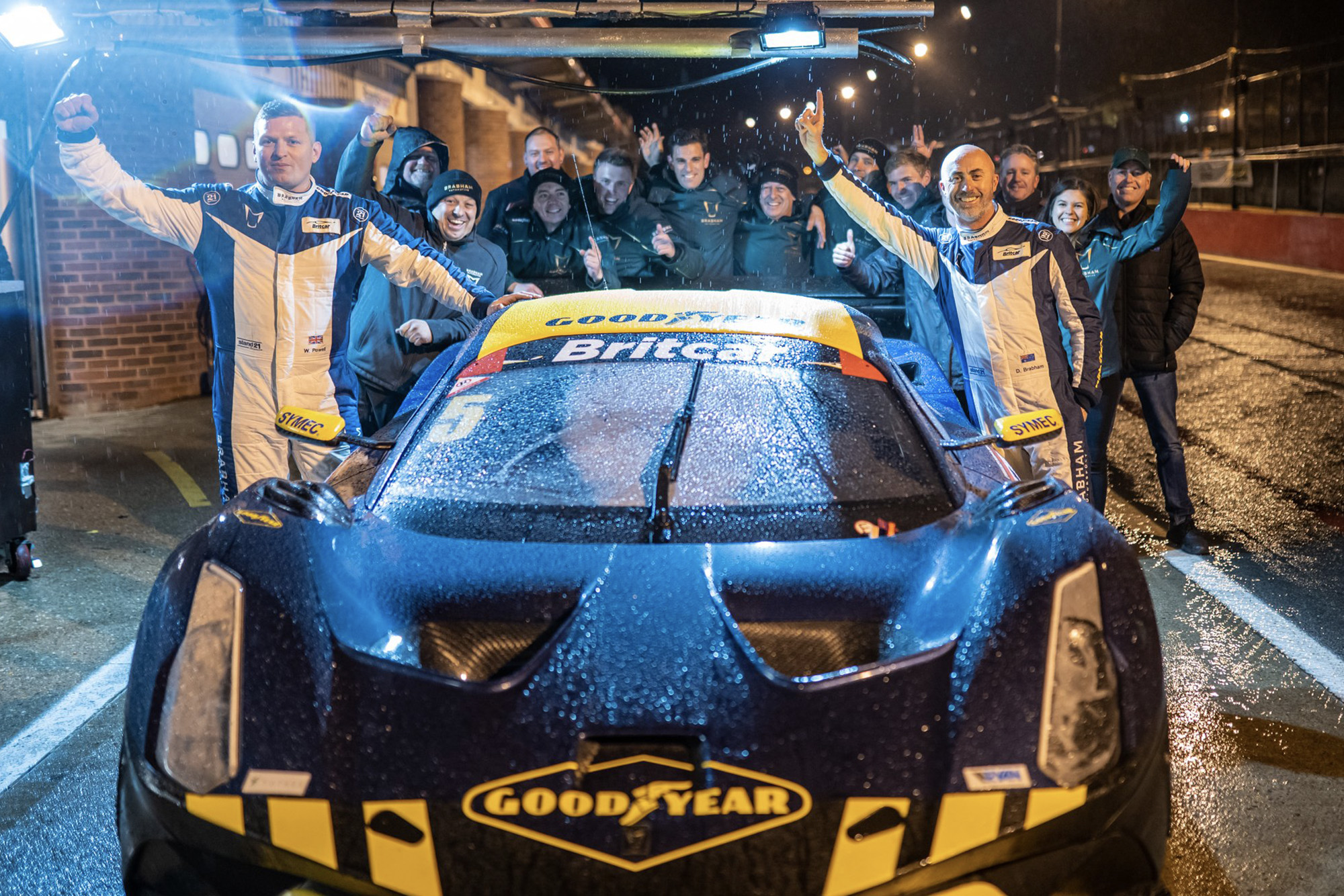 Will Powell (left) and David Brabham celebrate victory with the team Photo: Brabham

The occasion came 57 years after Jack Brabham drove the BT3 (Brabham Tauranac) at its first Grand Prix. Yet there was so much more at play than a sentimental nod to the past.

Brabham Automotive is the end result of a lengthy but successful seven-year legal battle to secure the Brabham name and logo as a trademark, and establish a new sports car manufacturing business that, it is hoped, will ultimately see a Brabham-built car compete at Le Mans, in 2022. Its first race offered a chance to impress investors and prospective customers.

The BT62 Competition Spec was eligible by virtue of Britcar offering invitation entries to its end-of-season race in the Dunlop Endurance Championship. It was running ballast and was restricted to 60 per cent of the 750bhp output of its 5.4-litre, naturally aspirated V8.

More on the Brabham BT62

David Brabham’s dream start came after the Australian secured pole position, with a lap time that was two seconds faster than regular competitors around the Indy circuit.

In heavy rain, it fell to Will Powell, David’s co-driver, to head out into the night and start the race. But a safety car threw up a simple problem that the team hadn’t anticipated. “The safety car stopped,” recounted Powell, “because they were snatching a car out of the gravel. That car works you hard, even in the wet, so I’m breathing hard and the screen just fogs, and once we got going for the last 10 minutes there was just a little window at the bottom of the screen; I was just hanging on for dear life. They cleared the screen during the driver change, for David.”

It’s an oversight that’s perhaps indicative of the car’s evolution. Originally intended as a hypercar for the road, sales got off to a slow start and feedback from prospective customers told Brabham that owners wanted to drive it on track or go one step further and race it.

So the Competition Spec model was introduced, and when customer cars start rolling out of the factory in Adelaide – one confirmed for next year’s Britcar’s Dunlop Endurance Championship – an electrically heated windscreen will be included. 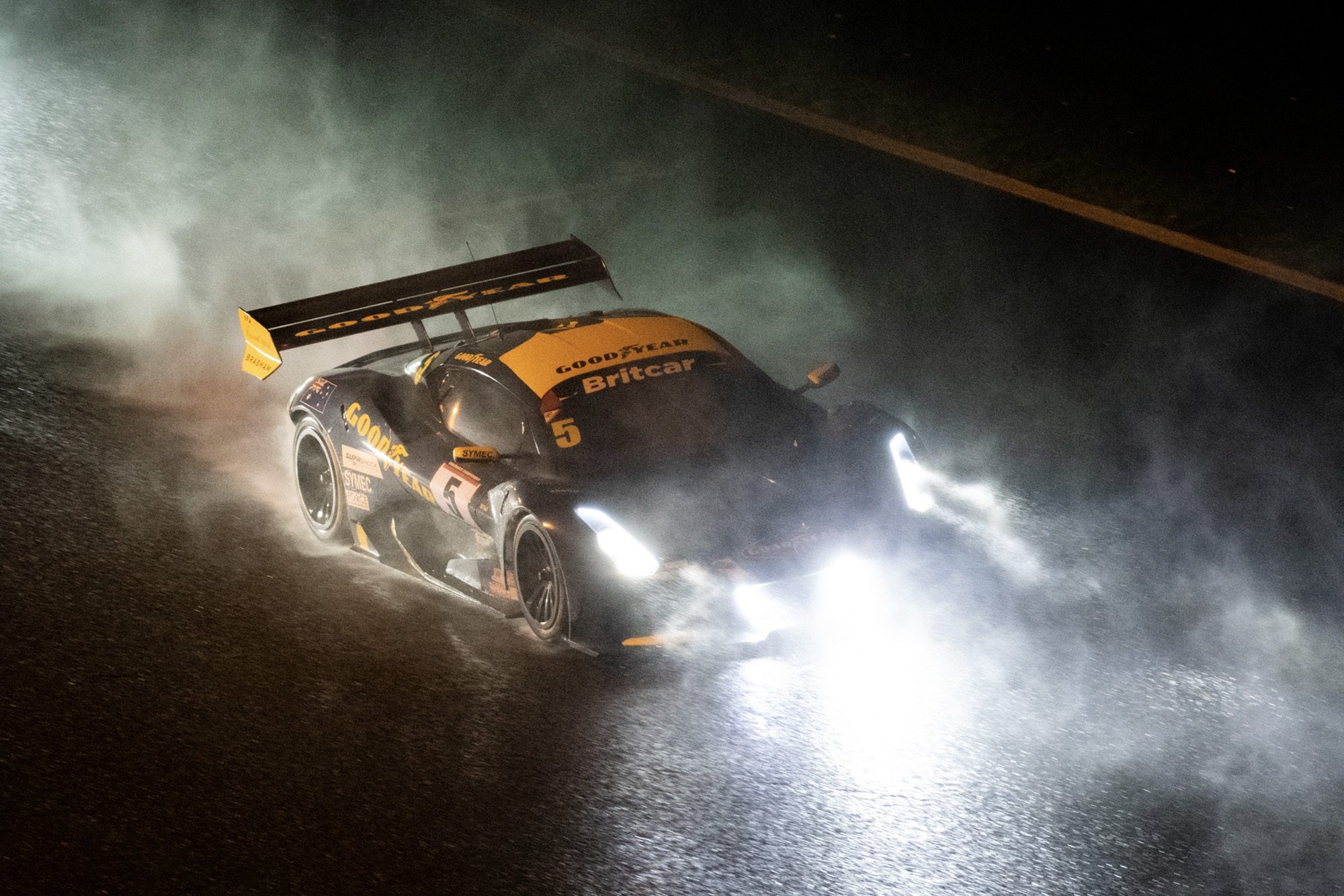 Powell says the car is in a good place, with compliant behaviour and a lot of grip, while work over race weekend went into building the car’s front-end grip levels. And who better to learn from than a Brabham?

“I feel very privileged,” says Powell. “David is very good on the psychological side and I haven’t really scratched the surface of that, in terms of a performance mindset. Working with him exposes you to the levels he goes to, his visualisation techniques, breathing techniques, where he gets himself to – all of which is part of the Brabham Driver Development Program.”

The next day, the second race looked like it would be a walk in the park by the end of the third lap, with Powell putting almost a second a lap between the Brabham and the chasing cars. It wasn’t to last.

When it comes to encapsulating the highs and lows of motor sport, the Europeans like to talk of racing being a cruel mistress. The Aussies offer another, slightly less romantic vision of the sport: sometimes you’re the dog, other times you’re the lamppost.

The metaphor was never more apt: the car that had won the previous day would be shortly be retired from the lead after less than a handful of laps, following an electrical fault.

Despite the setback, Brabham remained upbeat about the car’s prospects. “It’s a competitive market and we need time to establish ourselves,” said the former F1 driver, Le Mans winner and two-time ALMS champion. “But we’ve got cars in production, being delivered in Q1 next year, and we can be pleased with where we are.

“When you start up a company like this, a lot of people fail and you can see why, too. It’s a challenge. But hey, with 35 years of experience driving lots of different cars, I thought it was going to come in handy one day.”

Powell best sums up what everyone involved in the project can take away from the race weekend. “It’s probably five years almost to the day that they came out of the court case and said, ‘What do we do next?’ To go from that to building your own GT car and winning here, is deeply impressive.”