Le Mans is like no other, inside the cockpit and out of it 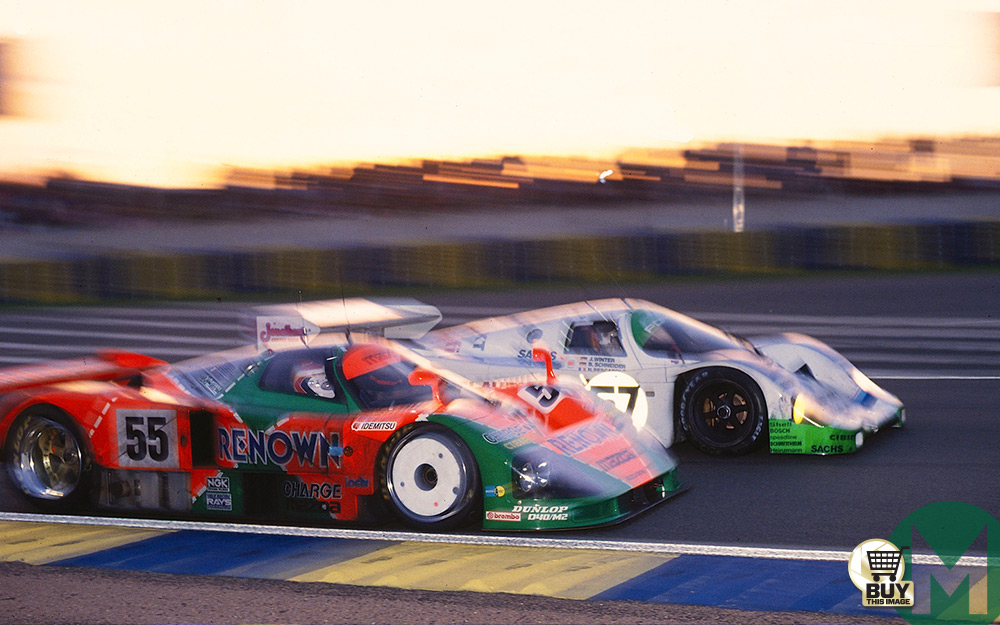 The Indy 500 is the most famous, Monaco Grand Prix the most glamorous, but there’s surely no more evocative motor race than the Le Mans 24 Hours.

My first visit to La Sarthe was in 1991, with my best mate and a wider group of friends. We did it properly – that’s to say camping at the circuit and staying up to see as much of the race as possible. There’s never a bad year to ‘do‘ Le Mans, but this was a pretty epic initiation, what with the new pit complex being inaugurated with a spectacular fireworks display and Mazda scoring its historic win with the screaming rotary-powered 787B. From that moment I was utterly hooked.

I returned regularly for the next 10 years or so. Not every year, but regularly enough to see Peugeot blow the roof off the place with victory for its wailing 905, McLaren score a debut win with the F1 GTR and Mercedes make everyone’s blood run cold with the succession of terrifying flips for the wayward CLK GTR. Every year was different, but somehow just as magical.

Like many people before me I’ve yearned to race at Le Mans, but as modern racing became ever more expensive and slots in the 24 Hour race reliant upon a full World Endurance Championship campaign, I resigned myself to it remaining just a pipe dream. That is until I received an invitation from Renault Classic to race the utterly gorgeous Alpine M65 in the 2012 Le Mans Classic. It might not have been the ‘proper’ race, but I couldn’t believe my luck.

The experience was completely bewitching and, if I’m honest, quite overwhelming. The circuit is absolutely magnificent: ferociously fast with a fabulous flow and a sense of scale and significance that dwarfs every other circuit I’ve raced on, Nürburgring Nordschleife included. You have a unique feeling of very definitely being on public roads without the claustrophobic confines of Monaco (another of my as-yet unfulfilled dreams) and a powerful, palpable sense of history. If I could only take part in one more race it would be at Le Mans, no question.

Since 2012 I’ve taken part in every Le Mans Classic, returning in 2014 to drive the M65, and to race Nigel Webb’s magnificent Jaguar D-Type with Le Mans-winner Andy Wallace. Sadly the Jag retired midway through our first race, but not before I’d experienced what it feels like to breach 170mph down the Mulsanne, at night, in one of the most iconic of all Le Mans winners. That and out-braking myself into the first Mulsanne chicane… The thought of both experiences still gives me goosebumps.

I’ve come to learn that much like the real LM24, Le Mans Classic is full of heartbreak and highs. Never more than last year, when the Lola T70 Mk3B I was driving holed a piston on the second lap of free practice and had to be retired before the weekend had truly begun. This was immediately countered by sharing a plucky Lotus Elan 26R (aka ‘The Mongoose’, featured in the April ’17 issue of Motor Sport) and not only winning our class in Plateau 4, but taking the overall Index of Performance.

I’m 99.9% certain I’ll never take part in the modern Le Mans 24 Hours, but I hope to be back at Le Mans Classic next year for another fix. What sets Le Mans apart from all other races is whether you’re there watch or race, the place has unparalleled power to grip your heart and head like no other. And once it has your mind and soul in its grasp, the ultimate endurance race never lets you go. Less La Ronde Infernale, more La Ronde Éternelle.