In 1961, Carlo Chiti and brothers Lodovico and Gianni Chizzola came together to form Autodelta, which in March 1963 was made an official department of Alfa Romeo. Chiti and Lodovico Chizzola had worked together at Ferrari, winning the 1961 World Championship at Maranello before stepping away amidst political wrangling. Chiti continued in Formula 1 as an integral member of the (original) ATS set-up while Chizzola became a distributor of Innocenti cars alongside his own in-house design work. 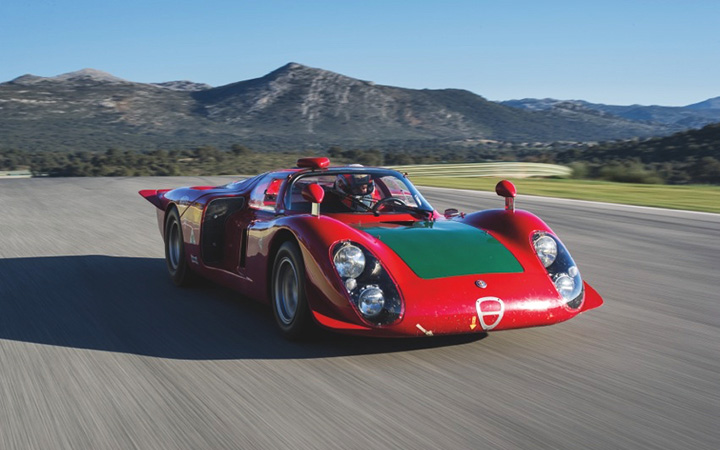 Alfa Romeo had tried to establish a working relationship with ATS in the early ’60s, and although Chiti had been open to the idea of collaboration, ATS was not. The establishment of Autodelta solved this barrier to partnership and Alfa Romeo TZs were soon being produced by the newly-formed business. Two years later, Chiti and Autodelta were tasked with developing Alfa’s very own prototype challenger – the Tipo 33. 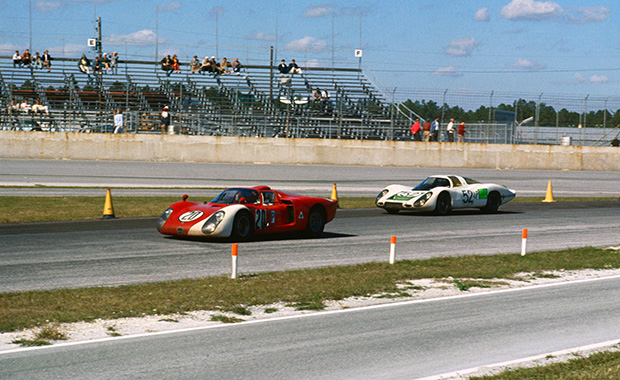 The first Alfa Romeo T33 burst into life over the summer of ’66. It looked extraordinary – a domineering air intake sat perched above the canopy, and dive planes, almost sculptural in appearance, were grafted to the front bumper.

The car also featured a novel approach to chassis design. At its heart lay three wide-diameter aluminium tubes. These tubes formed the central structure of the T33, but doubled as fuel tanks. The assembly was riveted together and lined with plastic to prevent leakage. Front and rear sub-frames were then mounted to the central core which themselves supported independent suspension assemblies at each corner.

Positioned behind the driver, a Chiti-designed 2-litre V8 sent power to the rear wheels. Later versions of the T33 used 2.5 and 3-litre examples, but the original 1995cc unit produced 270bhp at a screaming 9600rpm. Weighing 580kg, the Tipo 33 shot its occupants through the cogs to a terminal velocity of 185mph.

If looks were enough to win races, the car’s debut season in the ’67 World Sportscar Championship might have been more successful. In reality, the Tipo 33 proved unreliable and Autodelta’s participation was sporadic. The team’s best result arrived at the Nürburgring 1000km where the four-man crew of Roberto Bussinello, Teodoro Zeccoli, Andrea de Adamich and Nanni Galli secured fifth overall and fourth in class. 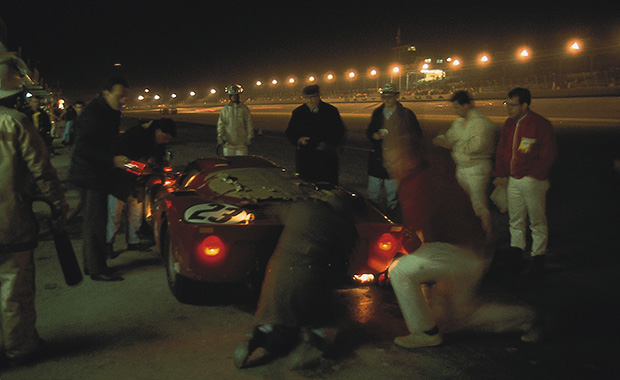 Alfa and Autodelta developed an updated Tipo 33 for ’68. The revised design was labelled the T33/2 and performed significantly better than its predecessor. In the season-opening Daytona 24 Hours, T33/2s finished higher than any other 2-litre prototypes, crossing the line in fifth, sixth and seventh overall. The car was subsequently dubbed the T33/2 Daytona Coupe and one of the history-makers from ‘68, chassis number 019, is now available from Fiskens.

Whether this car finished first, second or third in class is unknown but irrespective of position, 019 comes complete with genuine race-history and massive presence. Its visual impact is partly derived from the gaping air intakes located forward of each rear wheel, a visual distinguisher from the earlier cars. The Italian beauty will never fail to turn heads and while it has spent time as eye candy at the Abarth Gallery Museum in Japan, its recent history is much more active.

Purchased by its current owner in 2001, 019 was returned to the UK before undergoing significant restoration. Since then it has been campaigned in two Le Mans Classics and other historic events across Europe. No price is listed for the car but a similar T33/2 sold for $1.3 million in 2012. 019 will undoubtedly fetch a similar price tag but whoever takes the car home will wear a smile much wider than any six-digit figure could match.