Despite its current condition, this week’s spotlight remains easily distinguishable as an Aston Martin DB2. Its paintwork is flaking, the interior is shot and all mechanical areas require attention. However, its beautiful silhouette remains Aston Martin through and through. 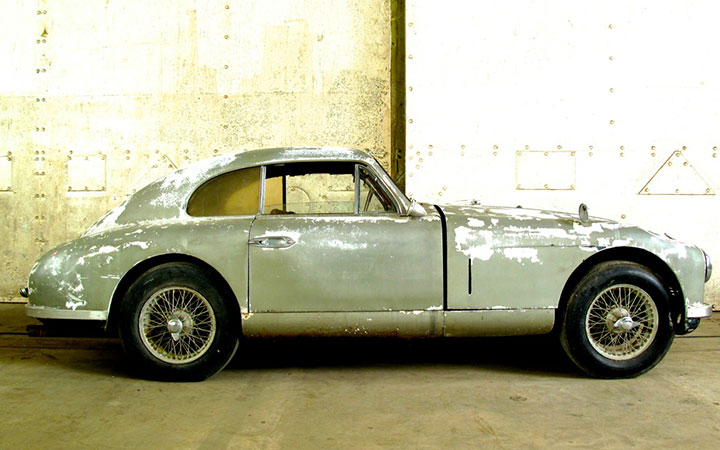 Making its debut at Le Mans in 1949, well before road versions hit the streets, the first DB2s were fully-fledged competition cars. The model arose through David Brown’s purchase of Aston Martin and Lagonda in ’47. Brown recognised the quality of Lagonda’s twin-cam, six-cylinder engine – a WO Bentley creation – and mated it to a shortened ‘2-litre sport’ chassis. Frank Freely completed the Aston/Lagonda hybrid with his distinctive sports-tourer bodywork. 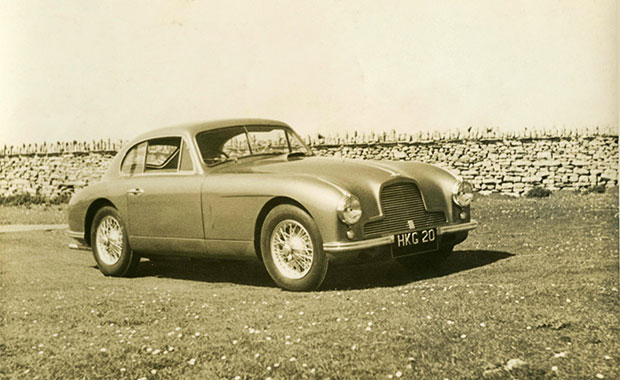 Although the 2.6-litre unit was the primary target of Brown’s Lagonda buyout, only one of three DB2 entrants featured the straight-six powerplant for Le Mans in ’49. The second and third cars featured Aston’s own, 4-cylinder, 2-litre product.

As it happens, the Lagonda-powered car fared worst. Driven by Leslie Johnson and Charles Brackenbury, the car retired six laps into the 24-hour challenge, crippled by a faulty water pump that sent engine temperatures irretrievably skywards.

A far worse tragedy befell the DB2 of Anglo-French pair Donald Mathieson and Pierre Maréchal – the Frenchman’s car overturned, having been without brakes for several laps, and he sadly lost his life. The final DB2, driven by Arthur Jones and Nick Haines, finished an impressive 7th overall.

In April 1950, 10 months after the dust had settled at Le Mans, the production DB2 was revealed in New York. The road cars were extremely similar to the competition variants and customer demand proved strong. The car’s popularity continued to grow after Aston plucked a trio of DB2s from the production line and sent them straight to France for a second run at La Sarthe. 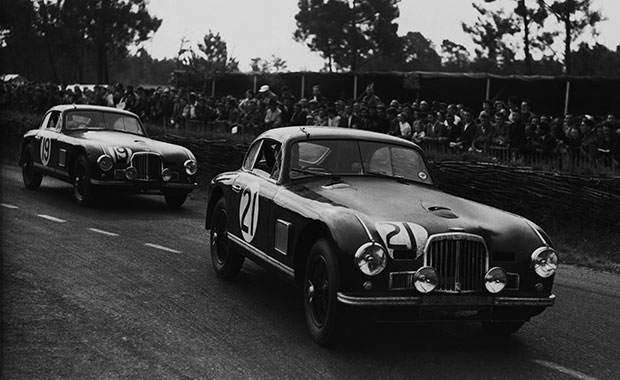 Brown’s machines finished fifth and sixth overall, only beaten by competition with significantly larger engine capacities (5.4, 4.5 and 3.8 litres, respectively). The Lagonda-based 2.6-litre unit had punched well above its weight. Aston was also active in the Mille Miglia throughout the early 1950s, all adding to the DB2’s already sizeable showroom appeal.

The earliest DB2s to fly from the factory floor featured a three-part grille and a substantial slatted vent behind each front wheel. After an initial run of 49 cars, the design was simplified. Thereafter, as per our featured car, the side vent was deleted and the three-piece grille was replaced with a single unit.

True to their sporting image, DB2s were also exceptionally rapid road cars. The early versions produced 110bhp, which propelled the car to a very fitting 110mph. From ’51, customers could opt for the Vantage, which featuring larger carburettors and a higher compression ratio, the upgrade pushed power to 125bhp with a marginal increase in top speed.

Charles Sgonina, the original purchaser of this week’s spotlight, ticked just that option. Manufactured in ’53, Sgonina wasted little time in fulfilling his car’s racing pedigree. This DB2 competed at National Fairwood in ’54 followed by the Castel Hillclimb later that year. In the latter event Sgonina himself took class honours. 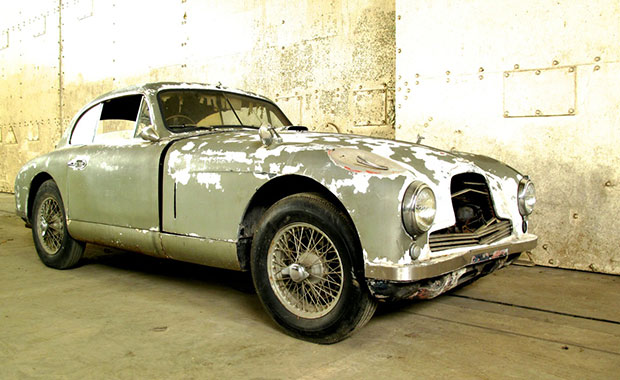 The Vantage carried on competing up to ‘62 and its ownership is well documented to the mid-80s. At this point, the car seems to have slipped into a long hibernation, free from maintenance or care.

Though this Aston requires a considerable amount of time and love devoted to it, it does come equipped with the original gearbox, block and head. It is also, in principle, eligible for next year’s Mille Miglia. The car is listed POA but well sorted examples fetch very healthy six-figure sums.

Do not expect, therefore, to pick up this project for pocket change. Nevertheless, pounding through Italy next May at the helm of a luxurious race-bred sports car must be a goal worth working towards.