Darren Turner recently wrote an article for Motor Sport entitled Driving the Aston Martin Vulcan. The superbly named hypercar follows the lead of Pagani, Ferrari and McLaren – all brands which have established a market for track-only versions of existing supercars. Although the Vulcan’s carbon fibre tub is derived from the One-77, it is not a direct relation to any road-going Aston. Rather, the Vulcan has been designed solely for the stresses racing circuits, with no concessions made for any other purpose. 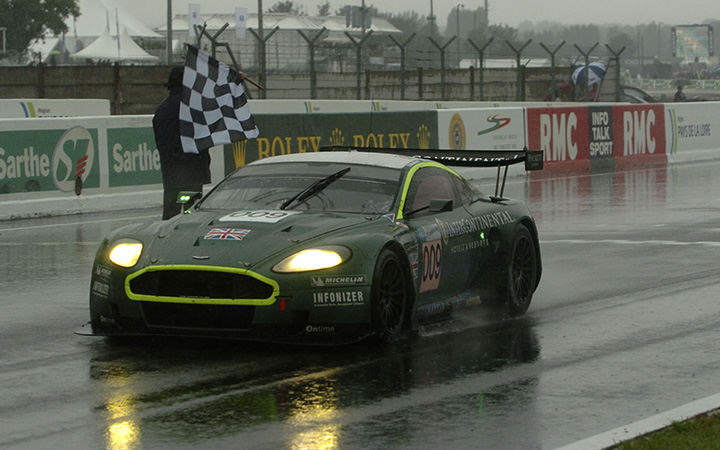 In more ways than one, Darren has been central to the Vulcan’s creation; as described in the article, his involvement ranges from cockpit ergonomics to on-track dynamics. Although the car made a spectacular public debut at the Goodwood Festival of Speed earlier this summer, development fettling continues behind the scenes. When customers do experience the 800bhp V12 for themselves, they will each have Mr Turner to thank for the machine’s undoubted polish.

From the archive: interview with Darren Turner 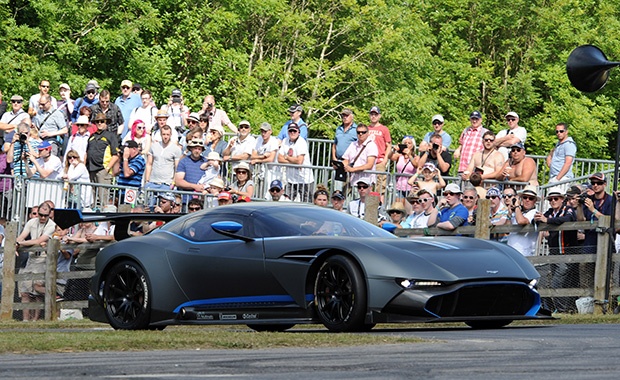 Alongside his direct input into the Vulcan project, Darren has also contributed in a far less tangible manner. You see, without Aston Martin Racing’s recent motor sport successes, a £1.8 million track day toy would seem somewhat out of context for the brand. Fortunately, since AMR’s return to international competition in 2005, the team has more than held its own. Darren has been a significant part of that success.

The marque’s return to frontline action took place at the first round of the 2005 American Le Mans Series on the pale, rough surface of Sebring. Not only was the team competitive, it won. Factory drivers Turner, David Brabham and Stéphane Ortelli arrived in Florida uncertain of the DBR9’s potential and left the sunshine state GT1 championship leaders.

Turner was also strapped into the hot seat on the June 17 2007, when Aston triumphed at Le Mans for the first time in 48 years. The #009 DBR9 finished first in class and fifth overall, following in the footsteps of the #5 DBR1 which captured overall victory in ’59 with Roy Salvadori and Carroll Shelby.

In a little-changed driver line-up from Sebring ’05, Turner shared his first Le Mans win with Brabham and Rickard Rydell. Their car, painted British racing green with yellow highlights, was immediately retired from racing duties after the hard-fought 24 hours. Aston has displayed #009 ever since and now offers the car for sale through Fiskens. It may not have the visual drama of the Vulcan, but it remains a hugely appealing silhouette, and as the photos demonstrate, it is dripping with race history.

From the archive: 100 reasons why we love Aston Martin 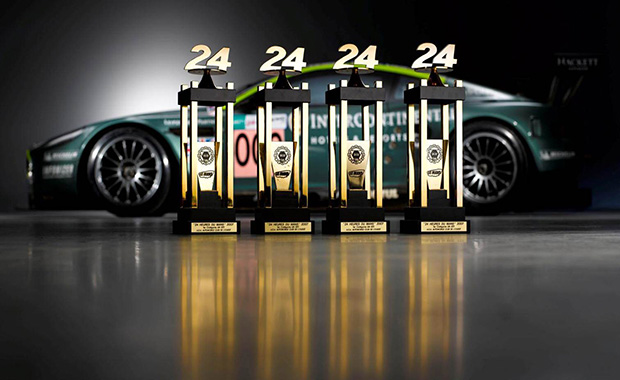 Although #009 is based on a street-legal DB9, the only road-spec components carried over can be listed on one hand. No more than the chassis, engine block, cylinder heads, roof and door handles found their way from the standard car onto the Le Mans winner. Everything else has been re-engineered. Among the many performance enhancements applied to the DBR9, Aston engineers stripped 600kg from the car – almost one third of its original weight. So strict was its diet, 25kg of ballast was required to meet minimum weight regulations.

The effort to downsize was not applied to engine capacity – Aston squeezed a 6-litre V12 into the slim line DBR9. The unit sits low in the car, nestled behind the front axle and forward of the driver’s feet. In Le Mans trim, each cylinder produces 50bhp – 600bhp in total and 550bhp per tonne. Those figures are impressive enough, but with minimal modification the engine is capable of greater heights. Only an air restrictor, mandatory for Le Mans, limits this DBR9 to less than 700bhp.

A mere 24 Aston Martin Vulcans will be manufactured but given the option, a Le Mans winning DBR9 must be the purist’s car of choice. Whichever you prefer, Darren Turner deserves a thank you card for his role in both cars’ unmistakable appeal.