In the mid-1960s, after a stint on the Ford GT project, Eric Broadley refocused his attention to Lola. The result, the T70, broke cover in ’66. It was a muscular design – front arches rising steeply from a low-slung bonnet and large air intakes jutting into the airflow just forward of each rear wheel. The car looked aggressive, intimidating even, yet one of the T70’s greatest characteristics was its drivability, its friendly nature for those privileged enough to take it up to and beyond ten-tenths. 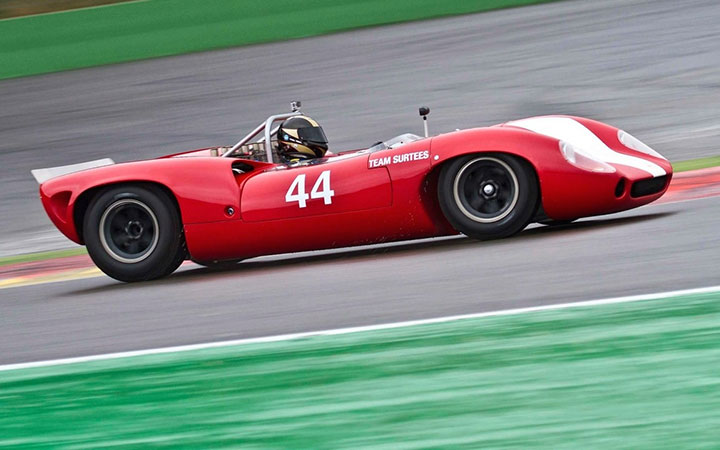 John Surtees was one such individual. He was also a key figure in the car’s easy balance having worked with Broadley, through Team Surtees, to develop and race the T70. The collaboration produced a car that could, at some UK circuits, match grand prix machinery against the clock. 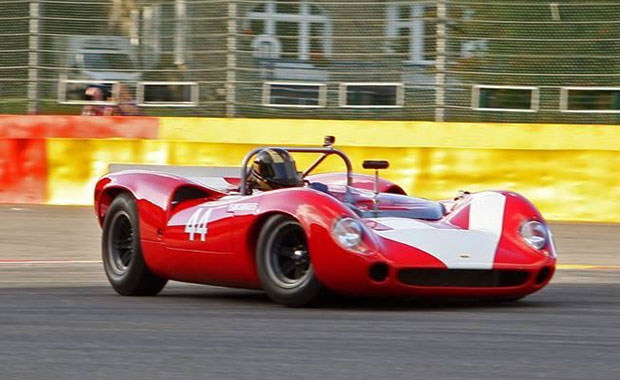 However, as Surtees explains in Motor Sport’s August 2003 edition, the way the T70 achieved its performance was very different to single-seaters. ”With a long-distance car you can’t have something that rides on a knife-edge like a top F1 car. When you’re testing and developing you’re trying to get consistency: you don’t want a volatile, unpredictable character. By the time the T70s got a bit of running into them they became very drivable, very predictable cars, which you could drive up to the limit and perhaps a little bit over. This gave the driver confidence.”

Alongside the detailed set-up work, the car’s fundamental design was a large contributor to its drivability. The engine was centrally mounted and, although it was chunky, weight was kept to a minimum. This is especially true of the T70 Mk2, which featured significant levels of aluminium throughout the chassis. Ford’s refusal to entertain a similar design for the GT is said to be a contributing factor to Broadley’s departure from the team.

As with the Ford GT, a large capacity American V8 lay at the heart of most T70s. Though Ford units did feature in some examples, Chevrolet power was most popular. The 5-litre-plus Chevy units generated over 500bhp, but were defined by their torquey, progressive power delivery. Lola also dabbled with Aston Martin engines in ’67, but a disastrous Le Mans showing put an end to the all-British partnership. The T70 performed best when paired with American muscle.

Similarly, though successful in Europe, the Mk2 achieved its greatest success across the Atlantic. In ’66, T70s won five of six races in the inaugural Can-am season. It is appropriate that John Surtees, a man so interwoven with the car, was the driver to lift the championship title. Underlining the T70’s ability, Mark Donohue finished second overall in another Mk2 while Bruce McLaren took third with a McLaren M1B. 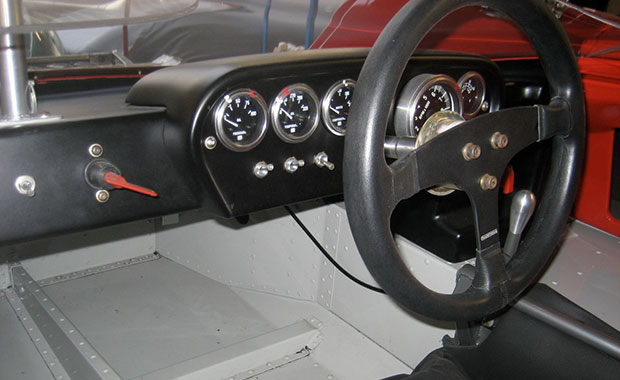 This week’s spotlight, the last T70 Mk2 built by Lola, also features some big name drivers. Making its debut in the hands of Graham Hill at the Archie Scott-Brown Trophy in April ’66, chassis number SL71/48 showed flashes of pace under David Hobbs and ended its Team Surtees outings with a dominant win at Croft, driven by Surtees himself. It’s a car doused in racing history, and having won the Bruce McLaren Trophy at this year’s Goodwood Members’ Meeting, it holds modern bragging rights too.

Now offered from Legends Automotive, SL71/48 features a 5.7-litre Chevrolet V8 with recent maintenance by specialists HRS Engine Developments. As in ’66, gears are swapped through a Hewland LG-500 gearbox and the chassis rests on adjustable Koni shocks. SL71/48 underwent a four-year restoration from 2007 and looks extremely well prepared. The exhaust set-up deserves a special mention as each bank of four cylinders curls into two enormous, monstrous looking barrels.

The lipstick red Lola is supplied with extensive documentation outlining the restorative work as well as its race history and technical specifications. More importantly, this T70 is FIA HTP approved and ready for another round at Goodwood or perhaps an assault on the classic endurance scene. It’s listed as POA, but interesting exchanges are also welcome. I doubt it will disappoint.