We all know Colin Chapman’s famous mantra, ‘simplify, then add lightness’. It was in this spirit that the Lotus 23 was born, purpose-built for FIA Group 4 competition in the early 1960s. The first iteration of the 23 made its debut at the 1962 Nürburgring 1000km, tipping the scales at a featherweight 455kg dry. The lack of mass was important given that Lotus’s newly developed 1.5-litre twin-cam engines produced no more than 100bhp. 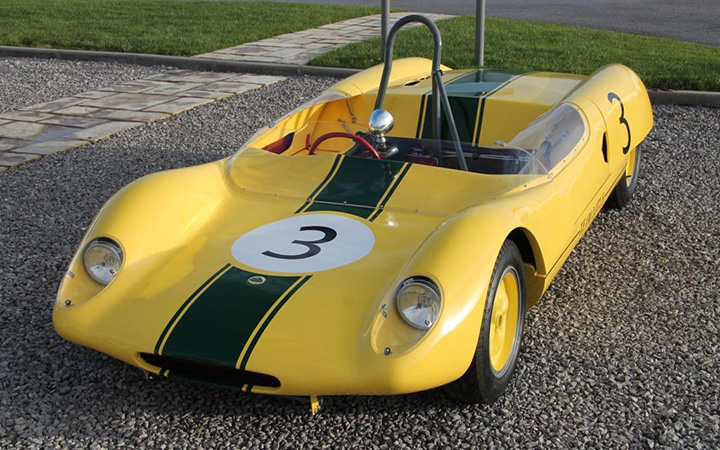 Sat in an Essex Racing Team Lotus 23, Jim Clark strolled away from the field at an alarming rate for anyone not wearing Lotus overalls. After the first lap Clark led Dan Gurney’s Porsche 718 GTR by a full 27sec. Despite the initial dominance, a debut victory wasn’t to be – the Scotsman retired from the lead on the 11th lap with damage to the exhaust manifold. 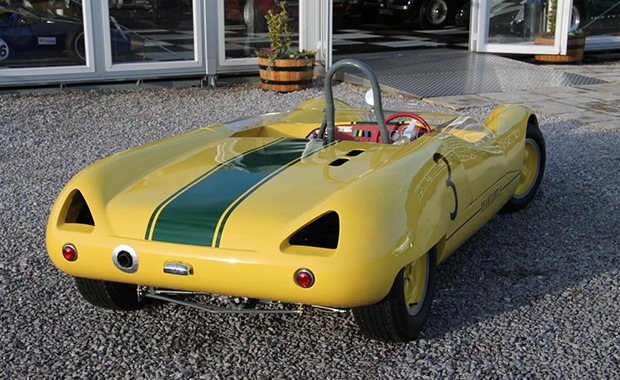 Thirty-three tours later, Phil Hill and Olivier Gendebien took the chequer in a Ferrari Dino 246 SP. Despite Clark’s DNF and the Ferrari-Ferrari-Porsche podium, the plucky Lotus had severely frightened its more powerful contemporaries from mainland Europe. In case you’re wondering, the non-Clark 23 finished first in class and eighth overall.

As in Germany, two Lotus 23s were entered for Le Mans. Much to Chapman’s exasperation, both cars failed scrutineering for a series of technical misgivings. The main point of contention related to the specification of the spare wheel. Coming into the event, the 23s had always carried a spare front wheel adjacent to the driver’s knees. The ACO argued this was an unsuitable solution should the car experience a rear puncture. Although Lotus machined a new spare overnight, the replacement also fell afoul of race officials. The new wheel was deemed to have too few studs (four rather than six) to be safely fitted to the driven axle. Their fate decided, the 23s sat idle. Chapman later vowed to “never race again at Le Mans”. True to his word, Team Lotus never returned.

Disappointingly, Lotus today is somewhat less threatening than they were in the 60s having suffered a number of challenging years under former CEO, Dany Bahar. During his tenure at Hethel, Lotus planned world domination with multiple new models and great enthusiasm. However, as with Clark’s exhaust manifold in 1962, the plans went up in smoke. Under new leadership from Jean-Marc Gales, Lotus will launch the Evora 400 in Geneva next month. Pitched against the Carrera S but largely based on a car first produced in 2009, Stuttgart’s board members won’t be losing too much sleep. 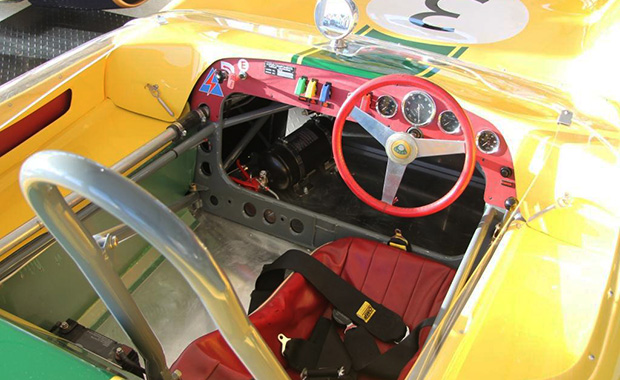 Despite this, I have no doubt the Evora 400 will be a riot to drive. If you’re in the market for a lightweight sports car, the still-attractive and heavily modified Evora must be worth a look. However, if your budget stretches slightly further than £72,000 and you don’t require number plates, may I suggest this very shapely 23B, complete with six stud rear wheels (I’m not sure about the spare). The 23B was an update of the original car and this example looks fabulous with its bright yellow livery and dark green racing stripe. The curved perspex windscreen sits impossibly low and bleeds perfectly into the car’s rear haunches. The centrally mounted rear view mirror is a lovely touch, as are the FIA papers, original build sheet and race results supplied with the car.

This 23B, originally delivered to a customer in the United States, returned to home soil in 1980. After a 10-year stint in Britain, the car moved to Denmark where it’s been put to work by well know historic racer Otto Reedtz-Thott. Having recently undergone a £40,000 nut and bolt rebuild it’s now on sale from Cheshire Classic Cars.