The Porsche 911 celebrated its 50th birthday in 2013. Much was made of the occasion and deservedly so – the 911 is a motor sport great, a consistently class-leading sports car and a rather large commercial success. Its longevity relies on two somewhat contradictory principles, adaptation and tradition. 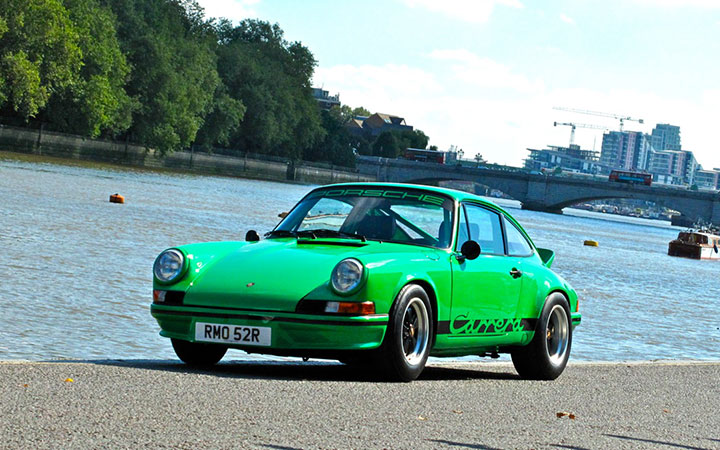 In a nod to its heritage, the modern 911 aesthetic remains firmly grounded in 1963. Equally, the model’s engine has never deviated from its original position behind the rear axle. However, other than its location and flat-six architecture, nothing is guaranteed. 911 engines have grown and shrunk, embraced forced induction and, despite a history of air-cooled systems, water now regulates engine temperatures across the board. The constant metamorphosis only serves to highlight more brightly the unchanging rear-engine layout synonymous with the three-digit icon.

Other areas too have evolved over the decades. The car has become more luxurious, its dimensions have grown and its performance hiked constantly upwards.

In a clear example of the 911’s dynamic advancement, the pendulum effect once associated with the model has been almost entirely engineered away. With the weight of six cylinders suspended beyond the rear wheels, early 911s were prone to over-rotate mid-corner if not accurately managed from the driver’s seat. Such is the model’s progression, a selection of Porsche’s latest 911 products now feature rear-wheel-steering. The technology improves responsiveness at low speeds and increases stability as the knots multiply, masking the car’s inherent physics. It’s a clever system and evidence that, despite its age, the 911 remains capable of new tricks.

In a celebration of the model’s 50th year, Porsche Central Operations (PCO) in Reading set about building a one-off, no-expense-spared showstopper. The result, the Viper Green 911 pictured here, is a mighty endorsement of the centre’s expertise. Traditional black and silver Fuchs sit millimetre perfect within the arches of a car so well proportioned, it’s hard not to stare.

Manufactured in 1977, chassis number 9117301478 started life as a 911 Lux. It passed through five sets of hands before being placed in storage by Porsche Centre Guildford nine years ago. Then, selected by PCO as the foundation of its project car, the shell was stripped, sandblasted, repaired and repainted before assembly began.

Not content to simply restore the car, the Reading team pulled together a fantasy parts bag to throw at the project. The largest departure from the original specification is found tucked under the ducktail spoiler. Gone is the original 2.7-litre unit and squeezed in its place lies a fully rebuilt 993 motor. After a selection of upgrades and some fettling by Wolf Engine Management Systems, the 3.6-litre powerplant now generates over 300bhp.

When cars experience a step change in power output it is always wise to revisit the braking package. In this instance the front brakes have been sourced from a 930 Turbo and the rears from a 3.2 Carrera. The gearbox too has been beefed up to deal with the increased forces sent though its shafts and cogs.

Fittingly for a 911 tribute, this car is clearly intended to spend some time on racing circuits. Its suspension components have been selected from an RS/Turbo parts bin and beneath its arched roof a full roll cage, also bright green, snakes its way though the interior. Best of all, the car features a cabin-operated brake bias dial – if there is a more appropriate reference to the model’s motor sport pedigree it is lost on me.

Other modifications include a modern wiring loom and an exhaust system lifted from an RSR. Smaller details are equally impressive. The three-spoke Momo wheel is a beautiful addition and the colour-matched instrument display looks superb.

Hot rod 911s have become hugely desirable of recent with the likes of Singer and SharkWerks adding new chapters to the 911 storybook. However, as good as those brands undoubtedly are, they aren’t fully Porsche. This example represents a unique opportunity to purchase a 911 modified by the marque itself. It has been crafted by staff with a passion for 911s and forms a worthy celebration of a very worthy car.

On offer from Silverstone Auctions at the Porsche Sale on October 25, I recommend any potential bidders sharpen their elbows: there will be competition. 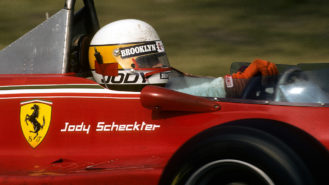