What is now known as the Rolex 24 Hours was founded 50 years ago as a three-hour race called the Daytona Continental.

The race was run over three hours in 1962 and ‘63, then extended to 12 hours in 1964 before becoming a 24-hour grind two years later. The first Daytona Continental in 1962 was won by Dan Gurney driving Frank Arciero’s Lotus-Climax 19 and he did it in memorable fashion, coasting beneath the chequered flag after his engine blew on the last lap.

Gurney first raced Arciero’s Lotus 19 near the end of 1961 in the LA Times Grand Prix at Riverside. He didn’t finish at Riverside but was second to Stirling Moss’s UDT-Laystall Lotus 19 at Laguna Seca the next weekend and scored his first win with Arciero’s 19 at Nassau in November. Dan was ready for Daytona in February of 1962. 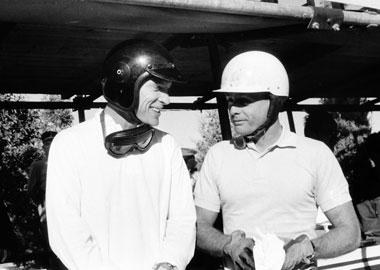 The 2.5-mile Daytona International Speedway opened in 1959 and was the first modern, high-banked super speedway in America. A 3.8-mile road course running through the infield, that used more than half of the banking, was ready to go in 1962 and Bill France Sr. went all out to attract a quality field for Daytona’s first sports car race.

While some teams used two drivers, Gurney drove Arciero’s 2.5-litre Climax-powered Lotus 19 alone. Near the end of the first three hours Dan was leading by almost two minutes only to have his engine fail on the final lap about three-quarters of a mile from the finish line. He coasted down the front straight and with great presence of mind stopped at the top of banking just short of the start/finish line, waiting for the starter to wave the chequered flag at the expiration of the three hours.

Gurney then turned the wheel and allowed his car to coast down the banking to win the race. Legend has it that he used the starter motor to cross the line but that’s not true.

“The engine blew pretty seriously and I thought a rod had probably gone through the block, so the starter motor wouldn’t have turned the engine,” Dan explains. “I just put it in neutral, then used the banking to let the car roll down and across the line.” 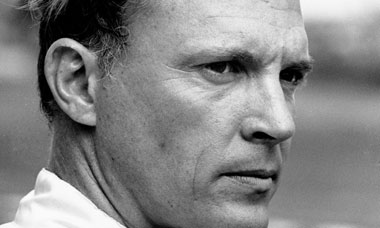 The following week Gurney made both his NASCAR stock car and oval racing debut in the Daytona 500 driving a Holman-Moody Ford. Dan was the first F1 driver to try NASCAR and would go on to win five NASCAR races at Riverside, his home road course. Jim Clark would follow Dan five years later, making a one-off outing in another Holman-Moody Ford at Rockingham, North Carolina in 1967.

Gurney finished fifth in his hundred-mile qualifying race, and was running with the leaders in the 500 before his engine blew. In spite of that disappointment he thoroughly enjoyed his first taste of NASCAR. “All the great names of NASCAR were there like Lee Petty, Fireball Roberts, Junior Johnson, Curtis Turner, Banjo Matthews and Lee Roy Yarbrough, and Smokey Yunick and Cotton Owens were big names among the car owners.

“The marques included Dodge and Plymouth, Ford and Mercury, Chevrolet and Pontiac, with Firestone and Goodyear both supplying tyres. It was plenty serious racing, no doubt about it.”