Earl Bamber still remembers the moment he realised he would be driving at Le Mans for the first time.

“It was just after Daytona 24 Hours – we’d actually had a shocking race,” the Kiwi says. “Myself and Marc Lieb, the two factory Porsches, had crashed into each other.

“We were sitting in Orlando Airport. Frank-Steffen Walliser [then Head of Porsche Motorsport] called me over. I thought ‘Oh no’!

“He then told me to find a piece of paper and write down a date – I was going to Le Mans!”

Bamber had clawed his way to top-level motor sport through a sheer talent that backers couldn’t ignore. And he did not disappoint.

He won Le Mans on his first attempt in 2015 and, without the publicity of other big-name sports car winners, has gone on to a second victory in the the enduro classic, as well as to secure the 2017 WEC title, the 2019 IMSA championship, and the 24 Hours of Spa as a Porsche works driver.

“Unfortunately no-one had heard of Earl back then. It was impossible to sell him – impossible!”

Still only 30, Bamber has plenty of ambition left both as a driver, where he is in the running to win the Intercontinental GT Series this weekend at the Kyalami 9 Hours but also as a team owner.

Porsche has closed the American GTLM programme he was part of this year, but Bamber is due to remain in IMSA as part of a partnership involving his own outfit, Earl Bamber Motorsport.

Spool back seven years and even the idea of racing in sports cars’ elite class would’ve been pure fantasy to Bamber.

He had previously been the young buck on the up. Having honed his car control driving vehicles on his dad’s farm New Zealand, the Whanagui-native had then conquered karts, Formula Ford, Toyota Racing Series, Formula Renault Series, A1GP and then…nothing.

“It was the time of the 2008 financial crash and there was just no way to raise the money to do a championship like GP2, or something like that,” he says. “I eventually moved to Asia and did driver coaching for a few years.”

Little did he know this may have been the best move he could have made. Through teaching high speed racing technique he met the man who would save his career, entrepreneur Adrian D’Silva.

“When I first met him, he was a young kid, just 21,” says D’Silva when interviewed for the Amazon Series Racing is Everything, “He was teaching me how to drive a car properly. I offered him the chance to drive my Porsche 991.

“Never in his life had he driven a GT3 car, and he was so bloody fast!

“Unfortunately no-one had heard of Earl back then. It was impossible to sell him – impossible!”

D’Silva made the decision to buy Bamber a Porsche GT3 car himself and enter the Kiwi into the Porsche Carrera Cup Asia Series in 2013.

As was becoming his habit, he won the Porsche Supercup, becoming the first rookie ever to do so.

“We went out and bought a four-year-old car. In the first race he finished third, and by the end of the season he was champion.”

It wasn’t all plain sailing though. The team only just stayed afloat, as Bamber recalls.

“We really only just made it onto the grid at the 11th hour,” he says. “Every week we were trying to just trying to find tyres for the weekend or something like that.

“At one point halfway through the season we ran out of money, before my now longtime sponsor LKM stepped in.

“We had a small team, we were probably not the big guys in the championship, probably not famous for winning,” he notes. “So for them, it was something really, really cool. It’s just one of those things where it is special to actually make it happen.” 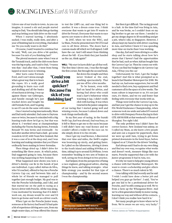 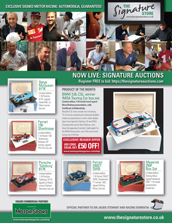 Not many international racing siblings hail from the small, rural ranches of New Zealand, but the Bambers have made quite an impression both in Asia and much further abroad in…

Winning the title that year saw him pitted against other champions in a Porsche Motorsport International Cup Scholarship shootout at the Oschesleben.

Bamber emerged victorious with €200,000 towards his budget for the following year’s Porsche Supercup championship. As was becoming his habit, he won that too, becoming the first rookie ever to do so.

During the same season, Bamber also competed in the Asia Cup, which he retained, as well as running second in the German Cup until Porsche pulled him out, deciding they had seen enough. Bamber was impossible to ignore.

“I was racing nearly every single weekend, which made me really strong,” he says. “What was the key thing to being successful was just driving as much as I possibly could.”

Bamber found himself parachuted into Porsche’s Petit Le Mans squad, and after a solid showing there made it to the aforementioned Daytona race.

“If I’d never driven in A1 GP or GP2, I probably would have never got the chance to go into an LMP1 car.”

Prior to his Le Mans selection had come a testing shootout at Porsche’s highest table, the LMP1 squad. It was his years climbing up the greasy single seater pole that had put him to the forefront of Stuttgart minds.

“It was quite ironic because the test came from my early single seater stuff,” he says. “Most of the other Porsche drivers had never driven a similar car. If I’d never driven in A1 GP or GP2, I probably would have never got the chance to go into an LMP1 car.”

Climbing aboard the Porsche 919, Bamber wasn’t quite prepared for what he found.

“The biggest thing with the hybrid power is that it’s normally associated with being clean and green and not so much performance,” he says.

“But the amount of power you have from a hybrid system…There’s no ramp-up time – in a normal combustion engine to get the power, it takes a moment or two. But with a hybrid it’s just instantaneous – it’s shocking to the system how powerful it is.

For Bamber, the car’s aerodynamics had to be felt to be believed too.

‘At Spa, you’d go through Eau Rouge flat at 300kmh easily,” he says. “It was phenomenal and just so quick – really, really crazy.”

Bamber acquitted himself well and got the nod for Le Mans. Paired with Nicky Tandy and F1 star-turn Nico Hulkenberg, the trio had little time to prepare in a car that was also new to the game.

“Many people don’t know that our car had never finished a 24 hour endurance run of any kind,” he says. “I think everyone knew the cars would be quick, but we weren’t sure whether they would last or not.”

Hulkenberg took the lead after the sixth hour, and Bamber’s faith in the car was sorely tested from thereon in.

“I like to try go find the most difficult things to do. That’s all you can ask for as a driver, to challenge yourself”

“The last bit was horrible, because I can tell you, you hear absolutely every noise and every sound you could imagine inside the car. It was difficult not from a sporting side, but just from a pure nerves side!”

The New Zealander needn’t have worried, as the no19 car eventually won by over a lap.

After years of struggle, facing a life without racing, Bamber did feel like it was a redemption of some kind.

“At the end of the day, it was a cool journey and mountain to climb,” he says. “For me, year in year out, I like to try go find the most difficult things to do. That’s all you can ask for as a driver, to challenge yourself. I think Le Mans 2015 is the best race I’ve ever done.”

Bamber was then given a full crack at the 2017 WEC title, which he won at first time of asking. Another Le Mans win that year made it all the sweeter. 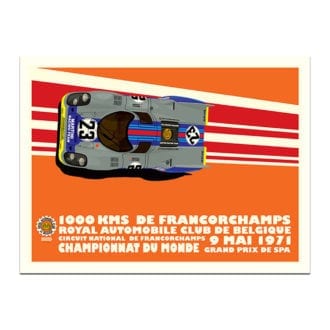 Porsche promptly decided to close its LMP1 programme and Bamber joined forces with Laurens Vanthoor, who has since become something of a racing soulmate as the team-mates attack endurance races together.

“I was looking where to go and Laurens was new at Porsche,” says Bamber, “We figured we’d be a really good fit together, we’re the same age, we have the same interests. In endurance racing it’s about knowing your team-mate well and playing to your strengths and weaknesses to form a really strong driving team.

“We drive very similarly. I mean, it’s a bit scary when you watch the data, how similar it is! I like doing the long runs at the moment and he loves doing qualifying. So in some ways, we’re also opposites and we complement each other.”

The pair won the 2019 IMSA title and have carried on the success this year, winning the 24 Hours of Spa. It was this win that put them in contention for the Intercontinental GT Challenge title, not that Bamber was entirely aware.

“It’s one of the really big ones to win. Whoever wins the race will win the championship.”

“Directly after winning Spa, someone said, ‘Oh, you guys have to go to Kyalami now!’ I asked why and they said ‘Because you’re leading the points!’

“That’s how the idea of going to Kyalami was born. It was never in our schedule to ever go to the race. But you know, the fact that we’re leading the championship and the manufacturers championship, and now we’re going there is really cool.

“For Lars and myself, it’s great to try go and capture another championship together. It’s one of the really big ones to win in the world. It’s very tight – whoever wins the race will win the world championship.”

It’s not just behind the wheel that Bamber’s had success. Inspired by the help given to him by D’Silva, and seeing his brother Will struggling to make it through the ranks, the New Zealander decided to help his younger sibling by forming Earl Bamber Motorsport.

“I said to Will, ‘Look, if you can get sponsorship together, I’ll buy you the car.’”

With Earl never one to do things by halves, the team has developed into a large operation.

“In 2019, we got the support from Porsche to go to Bathurst [12 Hours, which they won]. It’s sort of growing from there.

“After initially being myself and my brother at the core, it’s become about helping other young drivers. Still I hate losing! So we want to be the best.

“Just days ago we announced a scholarship, we’ve copy and pasted the idea from Porsche. We’re part funding a year in Carrera Cup Australia.”

Did he find more satisfaction from winning Bathhurst as a team owner rather than a driver?

“I actually almost did because I think the drivers sometimes don’t appreciate how much work goes into such an event. You know, the time and the work and effort was definitely huge. So It was a really big achievement to pull that off.”

A promising single-seater Kiwi who eventually became a successful team owner and winner in sports cars – there’s more than a hint of Bruce McLaren about Bamber. He only wants to push on for the future and has already got his sights set on more wins.

“To me, being a Kiwi, the Bathurst 1000 was always quite high up there on the list. For Kiwis and Aussies, it’s our Le Mans. So, I would really like to go back there. It hasn’t worked out for the schedule for the last few seasons, but I would love to give it a shot.”