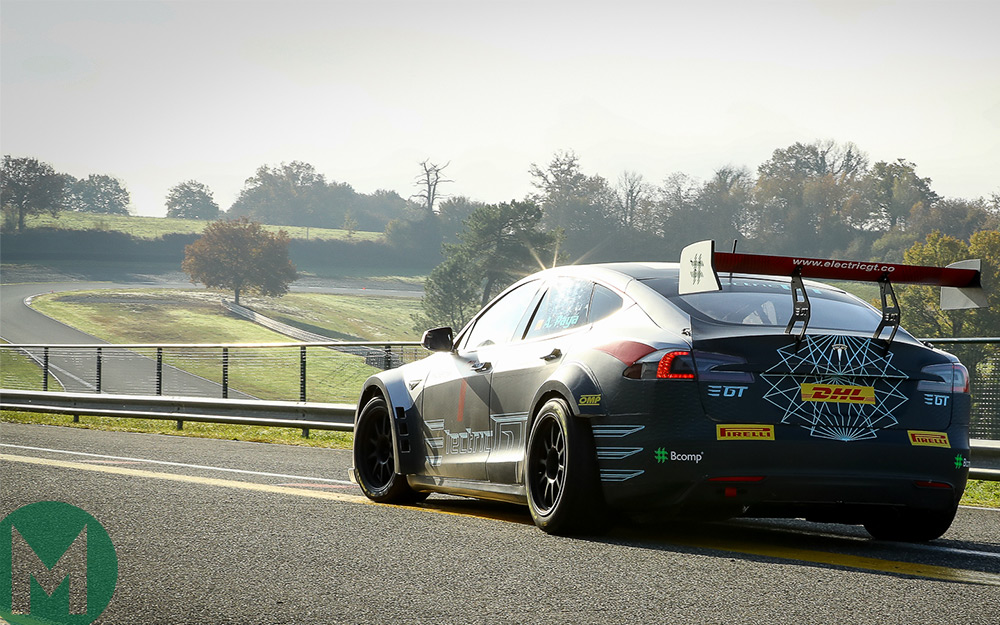 Electric GT will officially begin in earnest this winter as the series has confirmed Jerez will host the opening two rounds on November 3-4.

The main-season opener will be held the week after a behind-closed-doors ‘practice race’ at Pau, with 10 races then comprising the Tesla Model S P100D-based championship.

Electric GT is offering free tickets to some fans for the Jerez race, with a limited number being made available for those who register on Electric GT’s site.

Much of the rest of the calendar is yet to be finalised, with only Jerez, Nürburgring’s round six on June 29, Assen’s round seven (July 20/21) and the season-ending race at Portimao on October 12/13 confirmed. Paul Ricard is expected to host round three in early 2019, and Silverstone hoped to host the series in September.

Two further rounds are still to be announced.

The format remains as revealed previously, with a 60km day race and 60km dusk race following a 60-minute three-heat qualifying. It will be the headline attraction of what is being dubbed a ‘weekend-long festival of technology and innovation and sustainability’, also featuring ekarting and esports.

The series has also confirmed that it is in ‘open discussion with several investors to close the first institutional fundraising round and complete the project’s financing before its definitive launch this autumn.’

Already on board are Pirelli and DHL, with Tesla not involved in an official capacity as yet.