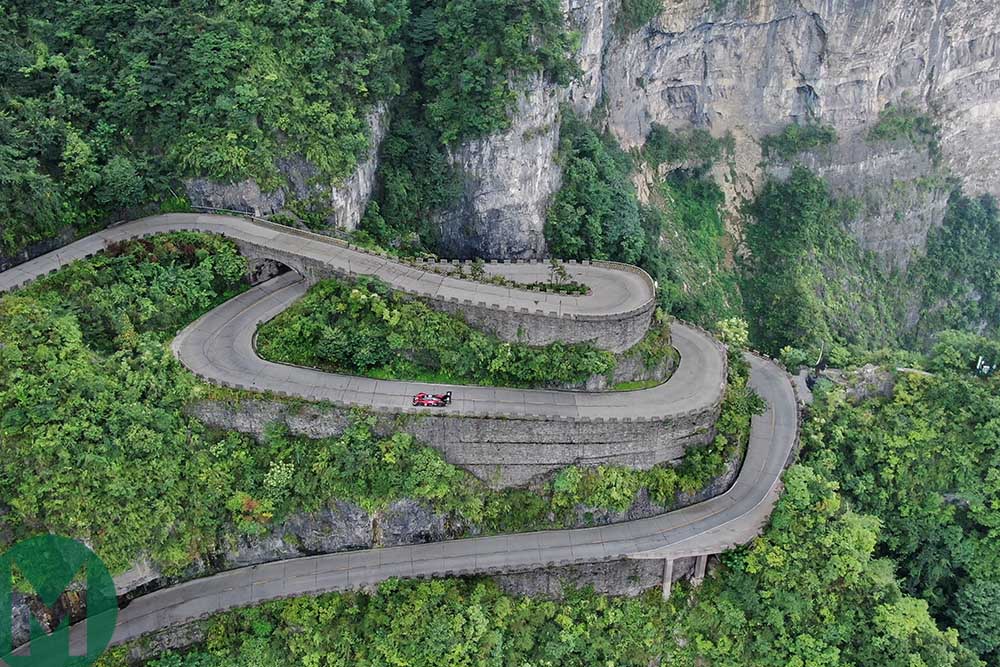 Volkswagen’s ID R electric sports car has continued its quest to conquer the world’s most legendary roads with a record run up the seven-mile Tianmen Mountain in Northern China.

Romain Dumas weaved up the 99 corners of the Big Gate Road at speeds of up to 145mph, separated from sheer drops by a few concrete blocks, climbing 3,600ft.

The time of 7min 38.585sec is the fastest ascent by default because it was the first record attempt since the road was opened in 2006 on what is known locally as Heaven’s Gate Mountain.

It’s not known whether other manufacturers are planning their own runs up the road, to make the mountain pass China’s answer to Pike’s Peak.

Volkswagen had been running out of times to beat after the car took the Nürburgring electric car lap record and set the fastest Goodwood hillclimb time earlier this year. An earlier version claimed the Pike’s Peak International hillclimb record. 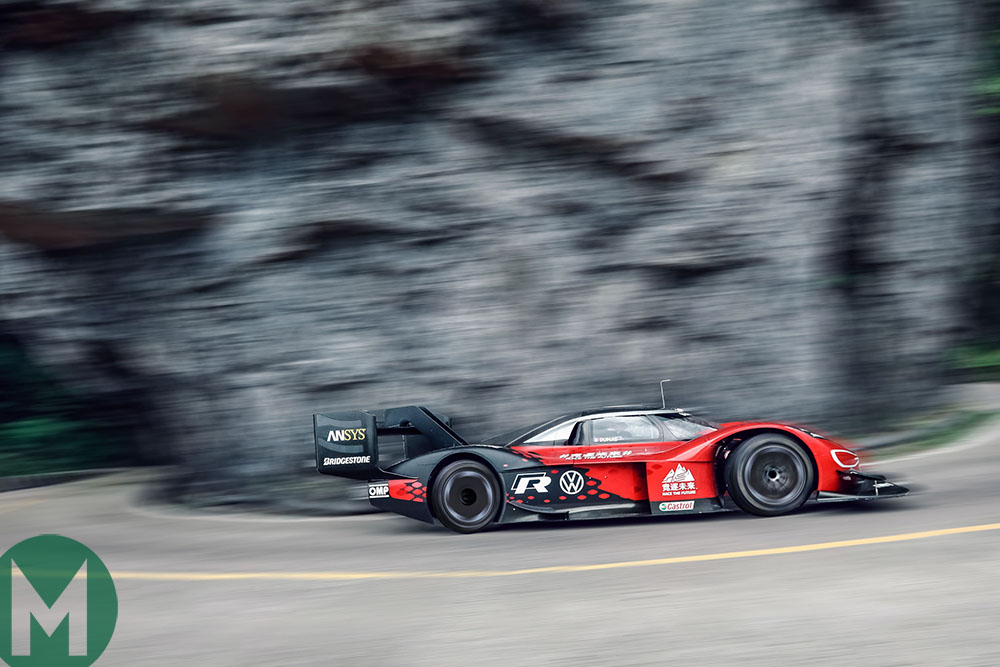 The car’s two electric motors and a pair of lithium-ion battery packs deliver 671bhp, and Dumas praised the car’s immediate torque, which helped the ID R zip from one corner to the next.

The mountain was be a tougher test than the tarmac roads that have come previously, with the surface of concrete slabs guaranteeing a bumpy ride. The tight, narrow turns saw Dumas going as slowly as 16mph.

“I will certainly remember this record run on Tianmen Mountain forever as my most spectacular outing,” says Dumas. “The road is incredibly narrow and winding, but the drive was unbelievable fun.”

The Big Gate Road is said to meander up the mountain like a flying dragon, climbing 3,600ft metres to a natural arch known as Heaven’s Gate.

The footpaths around the mountain top include a famous all-glass walkway, offering a clear view of the drop below.

This story has been updated, so some of the comments below refer to an earlier version, published before the run.