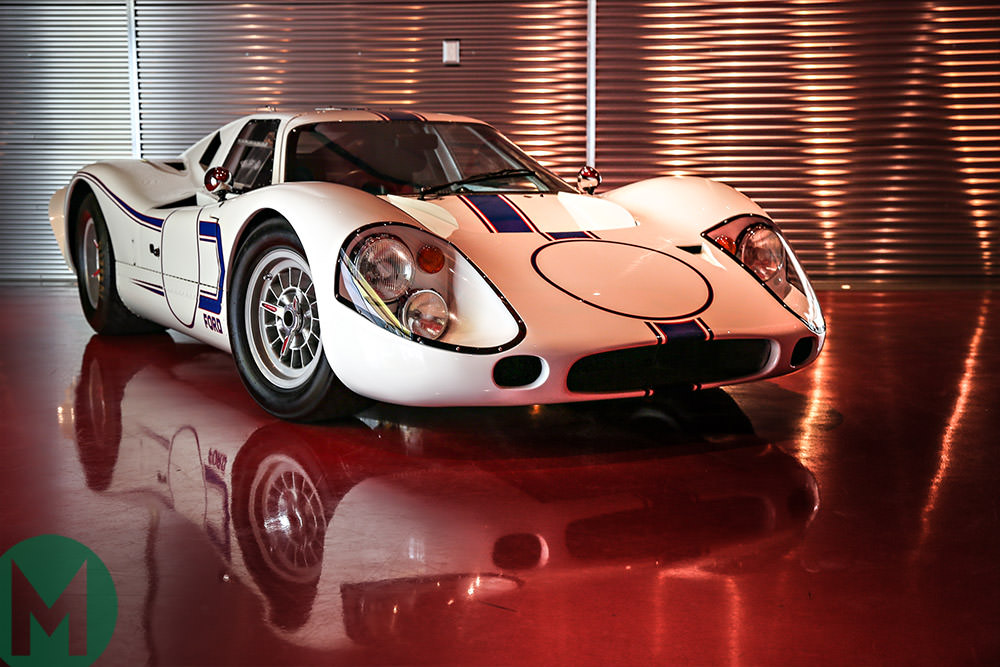 The final Ford GT40 Mk IV chassis to have been built will be auctioned at Gooding & Co’s Amelia Island auction, on March 9. The Mk IV, designed in-house and build in Detroit at Kar Kraft, was a departure from the GT40s that cemented the car’s place in history. Those GT40s, known best for their fabled feuds with Ferrari at Le Mans, were overseen by British specialists, and largely built in the UK, unlike the Mk II.

The project was called the “J-Car,” adhering to the FIA’s 1966 Appendix J regulations, using space-age and sophisticated with an aluminium honeycomb construction. J-Car testing took a tragic turn when Ken Miles tested the prototype at Riverside, California and flipped it at 200mph – he died instantly. The J-Car’s aerodynamics, particularly its bread-van rear, were corrected to prevent further accidents, with the inclusion of a steel roll-cage.

The regulations also allowed engines up to seven litres in capacity, meaning that Ford could use a NASCAR-derived 427 OHV V8, giving it a reported top speed of 215mph with 525bhp at its disposal. It contested just two races.

The first was at the ’67 12 Hours of Sebring, which Mario Andretti and Bruce McLaren won in the Ford ahead of AJ Foyt and Lloyd Ruby’s Mk II. The weight of the car was an issue, as it was much heavier than the Ferrari 330P4, yet at the 1967 Le Mans 24 Hours in the Mk IV’s final outing, Dan Gurney and AJ Foyt took victory. The FIA changed its regulations in 1968, limiting the size of the engine to five litres and relegating the Mk IV to that of a racing history legend.

Most of the other Mk IVs remain with Ford or in major car collections, so this example, owned by four people over its lifetime, is strikingly rare. As a result, Gooding & Co estimates that it will fetch over $2.2 million under the hammer.