The Ferrari 512 BB will never be regarded as one of its most attractive models, but this ‘Competizione’ is an undeniable looker 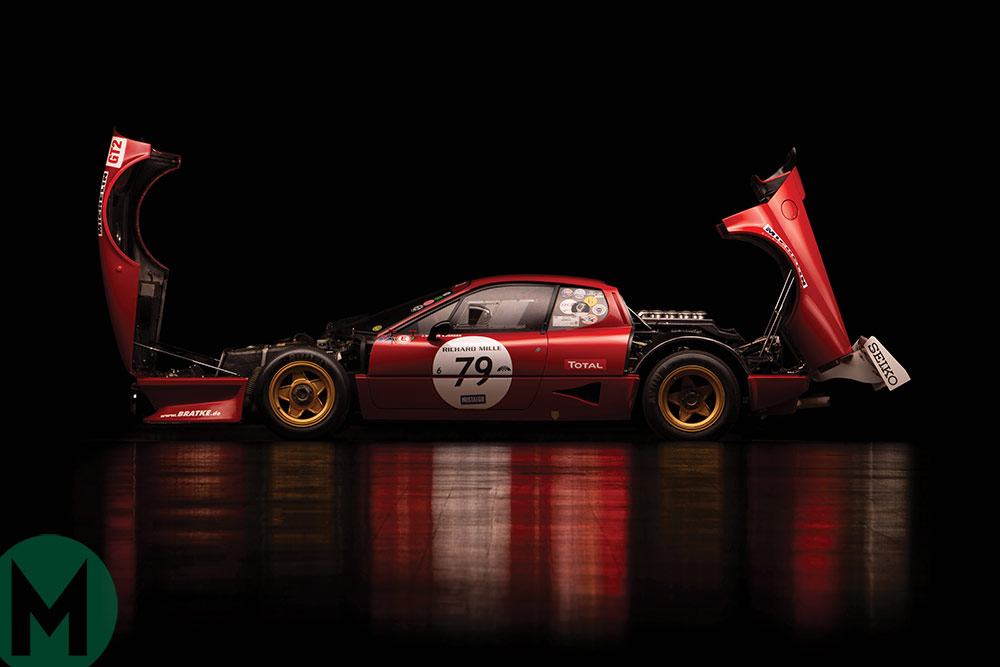 For around £400,000 this Ferrari 512 BB ‘Competizione’ could find a new owner. While it doesn’t have the racing history of some of the more valuable Ferraris on the block, this one is certainly pleasing to the eye.

The Berlinetta Boxer was the first 12-cylinder Ferrari road car to have an engine mounted behind the driver. It sported a flat-12 engine, emulating the layout of its Grand Prix and sports racing cars.

This 1980 512 BB ‘Competizione’ was immediately fitted with a Le Mans kit from the factory by original owner Markus Kiesgen (co-founder of the German Ferrari Club).

The race set-up increased power output from around 360bhp to 440bhp, decreasing weight to 1230kg from 1400kg and removing the pop-up headlights, front and rear bumpers, and flaring the fenders to cover the huge racing slicks that encased bigger brakes.

And the car looks stunning, its yellow headlights peering ominously over a sharp front-end while the four tailpipes sit below a wide, squat rear end, ready for the flat-12 to roar.

This particular car never raced at Le Mans in period, but was raced by Kiesgen in Germany from 1980-85. The engine was restored recently and produces 475bhp, the car most recently having competed at the 2016 and ’18 Le Mans Classic. It’s on auction at RM Sotheby’s Paris sale on February 6.